Welp…I sure hope this movie didn’t cost a lot to make. 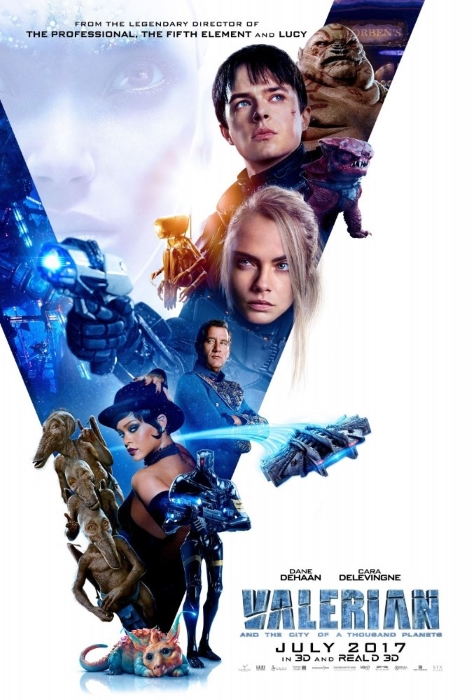 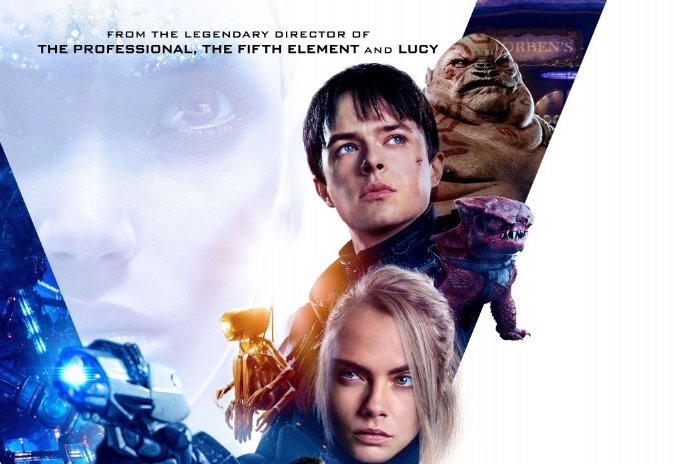 Granted, Luc Besson did direct Lucy, so the statement is true. Luc is also, arguably, a legendary director; he’s probably more of an “acquired taste” than legendary if we’re being brutally honest, but let’s give him the title anyway. The point is you don’t put freaking Lucy, with its mind-numbingly stupid premise on the same lofty perch as The Professional and The Fifth Element. You put La Femme Nikita up there and you pretend Lucy never happened. I had almost forgotten Lucy ever happened, and now thanks to Valerian and the city of a thousand-mile long subtitle, I’m forced to remember it.

How long until I can finally get Valerian and the yada yada out of my head?

On the one hand, at least the greater Hollywood community of executives and studio chiefs can sigh with relief that not one of them contributed a huge sum of money to what will certainly be a colossal failure. Instead Luc Besson solicited a host of smaller (French) backers in order to accumulate a budget big enough to satisfy the vast special effects needs of the project. In the end, the movie cost a little north of 200 million (US Dollars) to make. Keep in mind that the previous record holder for biggest French film in history had a budget of only ninety million (US Dollars).

Besson had been thinking about adapting the old 1960’s Valerian comic series for almost his entire film-making life, but interest in doing it really kicked up while making The Fifth Element. That flamboyant and colorful late-90’s movie was made with a then-high budget of ninety-million dollars, but it grossed a little north of two-hundred million, so Besson was probably hoping for a repeat performance here.

The reason it’s taken this long to make the film is due to Besson’s big ideas for the project and the fact that computer animation technology had simply not reached the point where anything could be brought to life. It wasn’t until James Cameron’s Avatar that Besson decided he was ready to make his movie. However seeing Avatar also made him self-conscious about the screenplay he’d written so he took some more time to improve it.

I find that hilarious.

For one thing, it’s hilarious that someone watched Avatar and felt their own screenplay was inadequate in comparison. How bad does your writing have to be for Avatar to shame it?! For another thing, holeecow I would love to read the screenplay he rejected in favor of this one, because this one is just poop. But it’s not just the words; it’s everything else. A consensus seems to be forming on this, the film’s opening weekend, that the movie is “pretty to look at but ultimately shallow.” No. That is not true. It is all bad, don’t get all sentimental. Luc Besson’s a swell guy it seems like but there’s no beating around the bush here; the movie’s a disaster.

THE SPECIAL EFFECTS ARE POOP 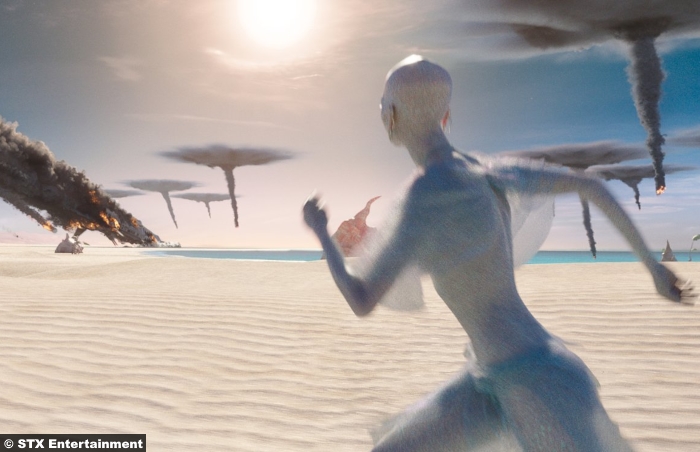 It’s “Uncanny Valley: The movie” when human-like characters are on the screen, like the blue sparkly side-boob people that kick the story off. It’s “PlayStation 4 video game cutscene: The movie” when you’re forced to watch giant creatures and monsters interact with the main stars. By only one metric are the special effects good, and that metric is “quantity.” There are over 2,700 VFX shots in the film and only about 100 shots can be found anywhere that feature no special effect work. There is a lot going on that was pain-painstakingly crafted by computer animators. They deserve a round of applause for some very hard work indeed, but in the end it doesn’t take away the overall plastic look that permeates over everything.

There’s a phony shine that technology has simply not been able to eliminate. You can just tell the difference between real flesh and blood people and computer-generated artifacts. So far the only way to avoid it is to keep the CGI out of the (artificial) sunlight and in the shadows. It’s why Tarkin worked in Rogue One while Leia didn’t.  It also wouldn’t hurt to remember that physical props mixed with digital creations remains the best way to present something “unreal.” It tricks the brain into thinking it’s all real, and allows you to get away with more that you can’t with an all-CGI presentation. It worked for Jurassic Park almost twenty-five years ago and that movie’s sixty-million dollar budget produced effects that looked better than this one. Why? Because it’s not about how much you can throw at the screen, it’s about restraint and scene selection. It’s about crafting a good story around the spectacle, to the benefit of both.

THE SCREENPLAY IS POOP

This is one of the worst screenplays. It’s worse than Avatar.

Every line in act one is exposition, delivered with the same monotonous and rushed delivery no matter the character or scene.

Every line in act two is so serious you can’t help but laugh at it. It’s one thing to be a bad movie, but there’s nothing worse than a bad movie that really thinks it’s a good movie, so it takes itself super seriously, and that only makes it more open to mockery. It’s that one try-hard that everyone knew in school, who walked around like he was the hottest thing going but everyone just laughed at him behind his back because everyone knew how much of a dweeb he really was (everyone but himself). This movie desperately needed an “Alan Rickman Sheriff of Nottingham;” someone who looked around midway through production and said “ya know what fellas, this movie’s rubbish, let’s go nuts with it!”

And then there are those times when the movie tries to be funny but, because the screenplay is so two-dimensional (and also…the actors), the intended-humor just feels forced and never genuine.

THE ACTORS ARE POOP 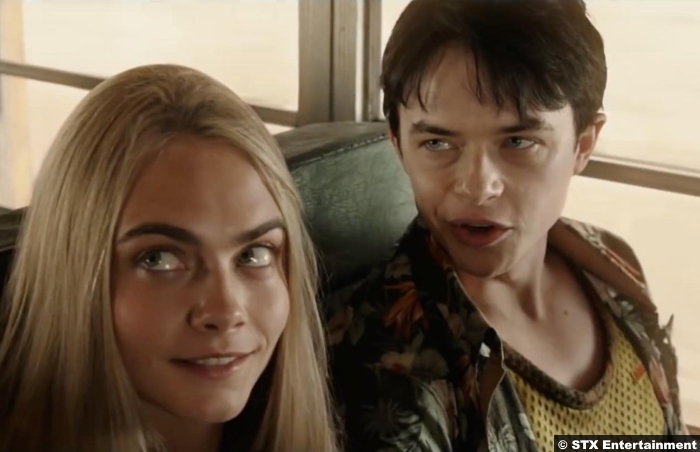 The principal leads look like children pretending to be adults…And they can’t act…And they have no chemistry.

Dane DeHaan was terrible in A Cure for Wellness, and in The Amazing Spider-Man before that. Cara Delevingne was terrible in Suicide Squad, and in…I dunno, Pan? She’s new.

And they’re both terrible in this.

DeHaan’s Valerian is supposed to be a suave “Indiana Jones in space” kind of cat (so basically Han Solo). Cocky and charming, fearless and fun to watch. But here he’s a stiff, awkward man-child. Laureline is supposed to be the girl who obviously likes Valerian but plays hard to get and prefers to stick to the mission and not waste time flirting and frolicking. Delevingne’s character is easier to pull off than DeHaan’s but she’s a far worse actor (and he’s not exactly top banana), who thinks smirking and rolling her eyes constitutes “emotion,” so it’s a wash.

This movie was like Luc Besson got really stoned one day and then blurted out “You know what, I loved the Star Wars prequels. We need want more of that: More terrible script. More terrible acting. More terrible chemistry between leads. More plastic and garish special effects everywhere. That’s what we need.” And that’s what we got.

May it quickly be forgotten.