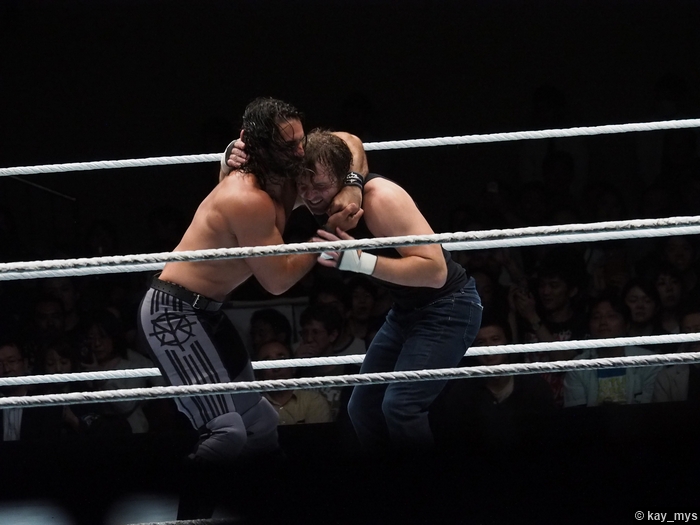 One night after a destructive and unforgettable Great Balls of Fire pay-per-view, the 1259th edition of WWE Monday Night RAW came to you, live, from the Toyota Center in Houston, TX. Of all of the matches to take place at Great Balls of Fire, it was the Ambulance Match between Roman Reigns and Braun Strowman that had everyone talking. After “The Monster Among Men” dodged a Spear from Roman Reigns that sent Reigns into the ambulance, Braun would close both doors to win the grueling and destructive Ambulance Match. However, the bigger story would be what happened after the match as Roman would Spear Braun and put Strowman in the back of the ambulance and drive the ambulance to the parking lot. This is where “The Big Dog” would do the unthinkable by putting the ambulance in reverse and slamming the ambulance full-force into a trailer! Roman would manage to walk away from the twisted wreck but local firefighters had to use the jaws of life to rip open the ambulance and get Braun Strowman out. Miraculously, Braun would crawl out of the ambulance and, refusing medical attention, a bloody Strowman would hobble his way into the depths of the arena. What is the status of Braun Strowman following the hellacious ambulance crash? What repercussions will Roman Reigns suffer for his manic and reckless actions?