A gamer is gone. Reflecting on the legacy of Satoru Iwata

Not every game developer can run a business. Not every businessman can develop games. To find someone who can not only do both, but do both very well is a rare feat indeed.

A few days ago one of those very few people died.

Nintendo President CEO Satoru Iwata died on July 12th, after complications from largely-underreported (by Nintendo to the public; Japanese executives are notoriously private) cancer. He was only fifty-five.

His thirteen years as the head of Nintendo were turbulent, seeing remarkable highs (the DS and Wii) and crippling lows (the disastrous 3DS launch and the struggles of WiiU), but through it all the fearless leader of the Big N remained a visible and optimistic face to the gaming company of our childhoods. 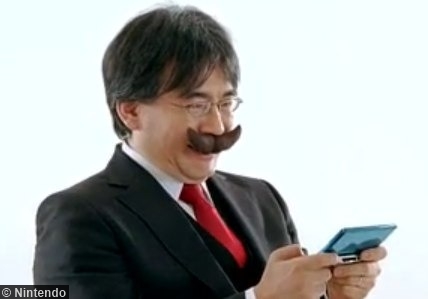 Before Iwata, the Nintendo that everyone knows had only one man at the helm: Hiroshi Yamauchi was the president of Nintendo when the company changed from card developer, love test producer and even “Don’t Tell Motels (essentially hotels designed for one hour stays in order to hook up) to family friendly video game empire. Yamauchi was the third president of Nintendo, with the previous two being Hiroshi’s grandfather and great grandfather (with the origin of the company happening in the 1880’s). His time was likewise controversial as he introduced strict standards to ensure Nintendo’s new NES console (Famicom in Japan) did not get swallowed up in the ongoing, post-Atari, video game black hole.

Nintendo created the Seal of Quality that guaranteed (to potential buyers) that their games were tested, worked, and fun. The fiasco that was the E.T. game for Atari would not be repeated by Nintendo. To enforce the so-called “Nintendo Difference,” the company imposed strict standards on game developers who wished to design games for the NES. Developers like Capcom and Konami could only release five games per year, and the concepts had to be approved by Nintendo big wigs. This ensured that the marketplace would not become over-saturated with poor quality games. With limited options, third-party game developers played by Nintendo’s rules and the NES (and Nintendo itself) thrived.

Sega’s Genesis/Mega Drive console changed the landscape of the video game marketplace, kicked off the 16-bit war and created an alternative for developers who were tired of Nintendo’s strict rules. Nintendo continued to play hardball however, and developers continued to support the Super Nintendo because of its strong penatration in the marketplace. By the time Sony launched the PlayStation, however, things changed.

Nintendo’s N64 console, with its awkward controller, cartridge-loading and expensive games gave developers the opportunity to exit their relationship with Yamauchi en mass. Third party companies flocked to Sony and made gobs of money developing CD-based games for the PlayStation. The perception that Nintendo was a game-maker for little kids, and Sony was a game maker for teenagers/college age kids started at this time, and despite some big successes since then, it is a perception Nintendo has been unable to shake.

Hiroshi Yamauchi continued to turn off third party developers with harsh comments to the Japanese media, strict guidelines for game developers and an old school approach to the Nintendo business that reduced the company’s share of the marketplace to its smallest point since entering. Yamauchi’s final act as head of Nintendo was to oversee the release of the fourth home console: The Nintendo Gamecube. Though it was, in many ways, the technical superior to either the PS2 or Xbox (it bested the PS2 in every video game-performance aspect, and traded spec wins and losses with Xbox), it was the poorest selling console Nintendo had released for the home market. Though it never lost money for the company (Nintendo’s policy has almost always been to sell their consoles for profit on day-one, unlike Sony and Microsoft’s strategy), it was enough of a failure that Yamauchi—an almost dictator over the Nintendo board of directors—finally agreed to step aside as head of the company. 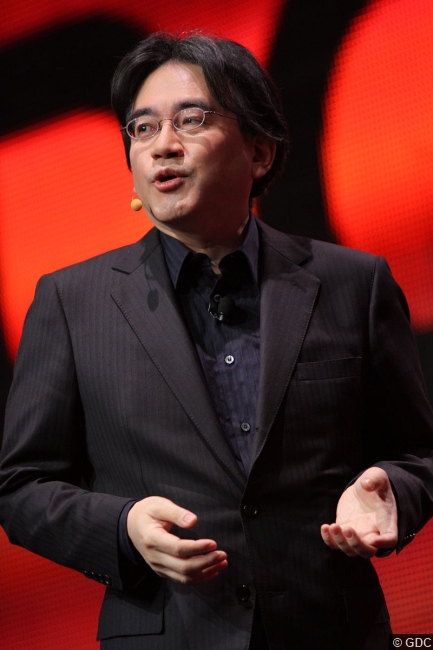 He began working for Nintendo almost as soon as Nintendo began making video games. Before that, he was hacking into his pocket calculator to create rudimentary games that he would share with classmates. His high school classmates. After graduating from Tokyo Institute of Technology, Iwata joined H.A.L. Labratory, a video game developer whose initials were chosen (much like they were in 2001: A Space Odyssey) to put them one step ahead of “I.B.M.” At Hal, Iwata designed games such as Balloon Fight, Mother (known as Earthbound outside of Japan) and Kirby’s Adventure. Within a decade he was promoted to head the company on the promise of better financial management and an emphasis on creating products that people wanted to play. He succeeded.

Even as the head of the company, he never could resist his calling as a game developer. When the Pokemon Gold/Silver game for the Gameboy Color was being created, developer Game Freak struggled with the sparse 2mb cart size and their ambition about what to include in the game. Iwata volunteered to help with the coding and when he was done, he not only rewrote the game’s code in order to fit everything Game Freak wanted to include, he also left enough room (on a 2MB cart remember) to include the entire region of Kanto.

Later, when Pokemon Stadium was being developed for the N64, Iwata again assisted in the development, by porting the battle system code for Pokemon Red/Green into the N64 game in less than a week. He did this in his spare time while juggling shareholders meetings and business lunches. A lot of that is gibberish to someone who doesn’t know the ins and outs of game design, but essentially this guy was able to read the entire Game Boy source code (the stuff that looks like this), understand how everything connected with everything else, and rework it so that it worked flawlessly on an entirely foreign piece of hardware (the N64). And he did it in six days. In his spare time. While president of HAL.

Back when he was a game developer, the makers of Earthbound were clogging up the tiny memory of the game with duplicating data for every time a character spoke (the text bubble would appear and that much more memory would be used to show the dialogue). Iwata waltzed into the room one day and rewrote the code to simplify how the game uses text bubbles, saving the space the developers needed to finish other aspects of the game.

He was a genius. Let’s just leave it at that.

After he had begun his ascent to the Nintendo throne, he secretly assisted the developers of Super Smash Bros Melee (for Nintendo Gamecube) with fixing a bug that potentially would have delayed the release of the important game. He did this secretly because it was already known among a few key people that he was soon to replace Yamauchi as Nintendo President, and Horishi would have considered it bad form for a Nintendo President to work as a common game designer.

But that was Iwata.

Once he took the reigns at Nintendo, the company shifted away from trying to win the arms race that Sony and Microsoft were waging, and instead opted to create game systems that would appeal to the large population that didn’t play games. As a result the Nintendo DS was born, with Nintendogs and Brain Age leading the charge in appealing to non-gamers, and New Super Mario Bros and Mario Kart DS attracting long time gamers. This combination allowed the Nintendo DS to become Nintendo’s biggest selling system ever (tying the PS2 for biggest seller ever with 150 million units sold). After that, he promised the video game world a revolution and brought us “Wii.”

Though derided now as a suped up Gamecube with a gimmick controller, the Wii caught on with non-gamers in a way even the DS did not. Wii Sports was the big mover, and packing it in with every system sold was Iwata’s idea. The Wii moved 100 million units, more than Gamecube, N64 and SNES…combined. It was the console that ushered Nintendo into the digital age, restored their standing in the video game world and reminded everyone that, above all, Nintendo was about having fun.

It was Iwata, the game developer at heart, who pushed his company to emphasize “fun” over “power.” He was the driving force behind Nintendo’s continued quest to find the next big hook that will appeal to non-gamers. You can argue the Wii was a fad, and that fads are—by definition—not sustainable, but Nintendo’s mantra under Iwata has not changed since he ascended to the top of the Big N. They were about “fun first” just before the DS and Wii took off, and they remain a company focused on “fun first” while the Wii U continues to crawl in sales and the 3DS (which struggled out of the gate) lags behind its predecessor. 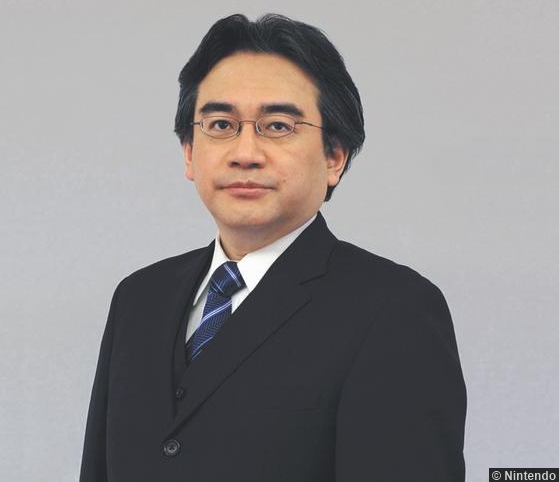 Death has a funny way of changing our perception of people. Had he lived, Iwata would have continued to be a figure of controversy. Me personally, I adored his approach as company head, but was frustrated by the direction he was taking the company, creatively. I wanted him, but not always his ideas. Now that he’s gone—as it is with everyone when they die—the ideas are suddenly inconsequential to the man himself. And the man himself was a wonderful human being.

My sons Jack and Caleb are just as much avid gamers as I was at their age (and still am, time permitting). They have only known Nintendo under Iwata. I’m old enough to remember the sometimes insane ramblings of Hiroshi Yamauchi, whose methods were increasingly archaic and occasionally maddeningly stubborn. When I graduated High School in 2002, Iwata assumed the throne and changed Nintendo from a company seeking to keep up with the new players in the video game world, to a company brave enough to side-step the industry it resurrected and go its own way.

My sons and I still snuggle up in my recliner to watch the Nintendo Directs (special half-hour youtube videos highlighting upcoming games) as they are released, hoping to catch a sneak peak at the next Zelda or 3D Mario adventure. Occasionally the man himself would appear in front of the cameras, asking us to “please understand” the latest delay in Nintendo’s next big release. Had the message come via press release it might have generated more anger from us. Having it come from Iwata—a fellow gamer—softened the blow a bit. It’s sad that his encouraging words will no longer be with us.

Early in his tenure as CEO and President of Nintendo, Iwata delivered a speech which effectively introduced himself to the gaming public (and, in turn, reintroduced Nintendo to them as well). As was his custom, he spoke his words in English (which, obviously, was not his first language, but he worked hard to develop a passable enough handling of it, out of respect for his western fans). He reached into his pocket and pulled out a white business card and spoke:

On my business card it says I am a corporate president…
in my mind I am a game developer…
but in my heart…I am a gamer.

And now he’s gone. Not just a great company leader; not just a brilliant game developer, but a fellow gamer. He’s gone, will never be forgotten, and as long as Nintendo continues making fun games for all gamers, his legacy will continue.