Legion S01E06: Chapter 6 – In which everyone gets analysed

Part of Legion’s appeal has been the way it portrays mental health and psychiatric treatment as more than a shorthand for troubled characters. As with any issue as big as mental health, especially its representation in pop culture, it is also one of the show’s most controversial topics. Such is the nature of the issue that, for every viewer that appreciates and respects how the show handles the issue (of which I’m one of), there are those that feel that Legion does the exact opposite. The middle ground here is that, with suicide being the biggest killer of men due to mental health issues, at the very least Legion is creating a platform to talk about these issues. Like Bryan Fuller’s Hannibal, and comedies like You’re the Worst, Broad City, and other comic book shows like Jessica Jones, Legion treats its characters, and their ongoing experience with these issues with respect.

The thematic balance of Legion has thus far depended upon David’s acceptance that he is not schizophrenic, but that he has powers. What the show has made clear is that despite this apparent good news, David is still mentally ill as he has lived a life where due to his power the explanation of schizophrenia is the easier option. He has still felt the isolation of mental illness, the manic highs and lows that culminated in a suicide attempt that brought him to Clockworks. After the dramatic events of the last few episodes, events that have brought David closer to the true nature of the Fatman, which lead to last week’s cliff-hanger, Chapter Six takes a breather to analyse each character the way that David was before he left Clockworks. 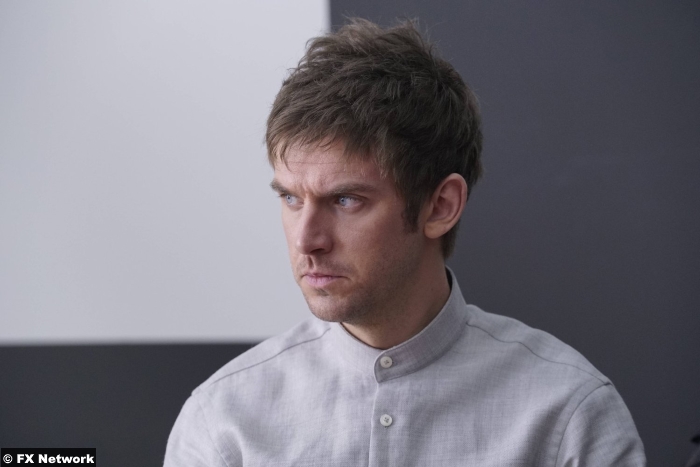 Written by Nathaniel Halpern, Chapter Six shines a light on the type of behaviour that has rarely to never been shown on TV and film: that a psychiatric ward can be a comforting place for patients. When you think of mental institutions, what has pop culture trained you to picture? For me it’s One Flew Over the Cukoo’s Nest, or asylums from Dracula, each example not at all flattering to the psychiatric profession. David’s comfort at being in the fake Clockworks, taking the extraordinary events that have led him and his friends there out of the equation for a moment, is a natural reaction for some patients. His feeling of safety, his contentment with an easy routine, and being away from the pressures of the outside world mirror the kind of false reality that man patients feel when in psychiatric care. It’s a bubble in which the only thing you need to worry about is getting better, or at least able to implement a support system that lets you go back to your life outside. Its things like this that elevate Legion to prestige genre television, using its premise to explore these types of stories.

For everyone else trapped there it’s another story. In many ways, for the other characters, this version of Clockworks is the typical version of a mental ward, even if it was constructed as a way for David to protect himself and Syd from the barrage of bullets coming at them, it has sucked in everyone else, not to mention the fact that Lenny/Fatman is running the show. What this does is flip the script on the likes of Melanie, Kerry, Cary, Ptonomy, and The Eye. The beginning of the episode has Dr Lenny, which is yet another side to the character that Aubrey Plaza knocks out the park, breaks down their identities. Melanie’s belief that Oliver’s mutant power has stranded him in the astral plain is relegated to grief and an aversion to moving on with her life. Kerry and Cary’s bodily connection is relegated to people that are way too reliant on each other. The Eye and his evil ways are nothing more than a chip on his shoulder because of feelings of weakness that go back to his childhood. Perhaps most heartbreakingly is Ptonomy’s ability, which in “reality” could be nothing more than a photographic memory that lets him live his life’s worst moments over and over. 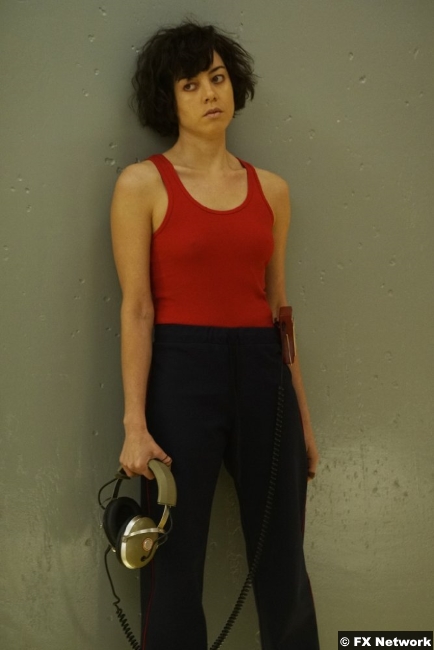 The fact that Lenny is their doctor could be nothing more than the entity that she represents being opportunistic. This, after all, is David’s safe space, it’s his need to retreat to some version of normality that brings out Lenny’s line of questioning to the others. Sure, it suits Lenny’s purposes to neutralise these people, but making them normal is the reverse of what they have done for David.

Syd remains the fly in the ointment. It is Syd that still has the purest memory of who she is, of what she is. That is why she can see the door when no one else can. Another fly in the ointment seems to be Oliver. From what the show has told us about the astral plain, it is a place where your consciousness goes when it is thrown out your body. So it makes sense that this version of Clockworks is in the astral plain, allowing Oliver to try and communicate with the team in order to help them escape. He has reached Cary, who has reached Syd, and he has also reached Melanie whose job it is to somehow avert the killing of David and Syd.

While all of this is going on Lenny has decided that the game is up. Once David see’s the door to the white bedroom Lenny tortures him, in a sequence that has the first obscure mention of Professor X and his reasons for giving up his son, and the nature of the Fatman. It’s a fungus, a parasite growing inside, and manipulating David. Still, David is proving to be too much trouble so, if he can’t ne controlled, he can be thrown further into the abyss.

9/10 – Chapter Six acts as a welcome breather, focusing on characters and telling tits most straight forward story yet. Yup this qualifies as the simplest episode, that’s how mind-melting Legion is.