I’m a big fan of comic book television. I watch all the Arrowverse shows, devour the Defenders origins, have watched at least two seasons of Agents of Shield before I came to my senses, and I’m constantly hoping for another series of Agent Carter. I don’t watch Gotham though, I do have some standards. So watching those ten shows has given me plenty of evidence of just what a superhero television show should be like: lots of punching and kicking, plot points told through dialogue that an infant thinks is to on the nose, appropriate battle costumes for the men, and unsuitable costumes for women, oh and comic book hair, that’s a biggie. Legion isn’t any of those things, which is why it may be the best superhero show currently on television. I don’t say that lightly, Supergirl’s second season has been sensitive and topical in a way that her male stable mates shows aren’t brave enough to be. But Legion reminds me of Hannibal and that beats and all comers.

Legion is almost an anti-superhero show. David Haller hasn’t done anything particularly heroic, and who is to say that he’s guaranteed to become a hero anyway, or been given a season-long all-encompassing task that utilizes villains of the week. Legion isn’t interested in any of this, better to leave that to the CW, Legion is a superhero show of the mind, and what a mind it is.

Chapter Two may be an even more accomplished episode than the premiere, probably because we, and David, are given more information about the show’s universe and where he fits in it. The show isn’t set in the universe of the X Men films so it has the opportunity to tell its own story about mutant discovery. We are informed that the discovery of mutants is quite a recent development, with the villainous Division 3, who held David hostage in Chapter One, scooping up all the mutants they can find in order to experiment on them. On the side of good is Dr Melanie Bird (Fargo’s Jean Smart) who runs Summerland, a place of sanctuary for mutants, much like a certain school for the gifted. After David’s rescue he is told that his illness is actually his mutant powers manifesting themselves: all of the voices, the hallucinations, the exploded rooms, all of it is real. Which means that Chapter Two is mainly about David exploring these powers. 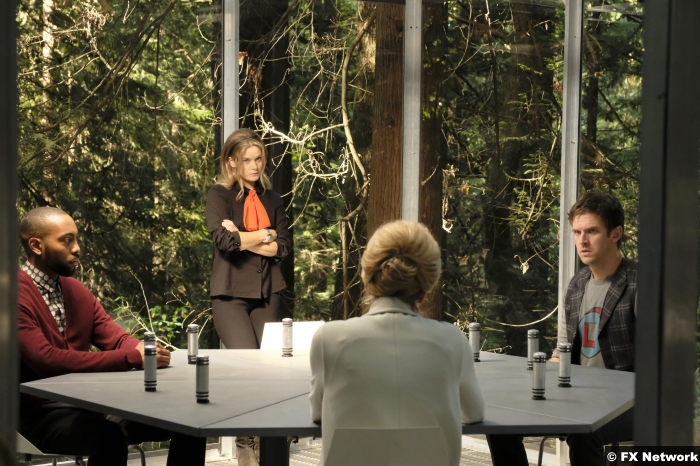 It is in this exploration that Legion shows its strengths. There will always be an a passionate discussion of how the show portrays mental health problems, the voices are actually real narrative alley is a well-trodden path and has been used poorly in the past: a recent Doctor Who episode had the Doctor tell a child that she didn’t need her medication because the voices are real is one bad example. Legion does go down this path but with a lot more care. Yes David still fits the bill of the proverbial chosen one but the reveal of his powers doesn’t normalise him. David’s mental illness has been the cornerstone of his life, his personality, his relationships, his own welfare are all intrinsically linked with his perception of the world. Telling him that he is really a powerful mutant isn’t going to change this built in behaviour. Legion knows this, and Dan Stevens knows this to, his performance is at turns funny, disturbing, moving, and most importantly empathetic. The fact that David has more of an understanding of what is happening to him means that the events of Chapter Two are more focused. There is still a lot of ambiguity to events but less so than before. 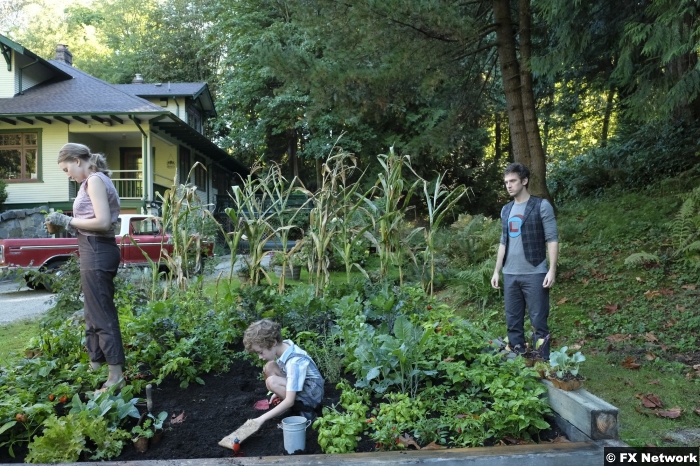 Which brings us to Davis’s mind journey, the stuff of post-modern cinema and Anime fans dreams: the existential mind journey. It seems that from the way that the episode is structured, and indeed the show, that each episode will be a journey into David’s mind, and the external consequences as he learns more about his power. The editing is key here: like the first episode there is no way to prove when the events of the episode tale place as they are all scattered, and sometimes out of sync. There are the times where David is active in his own memories, his session with his former doctor, and his brain scan, all of which bleed into each other, and lead to memories of David’s childhood, in which we don’t see the face of either of his parents, pointing to the theory that they are a construct and that his sister is the one piece of reality holding those possibly fake memories in place. Chapter Two invites us into David’s mind, we are observers and companions, sharing his dread of an ajar closet door knowing as David does that even a healthy mind can play tricks, that even a healthy mind has nightmares. 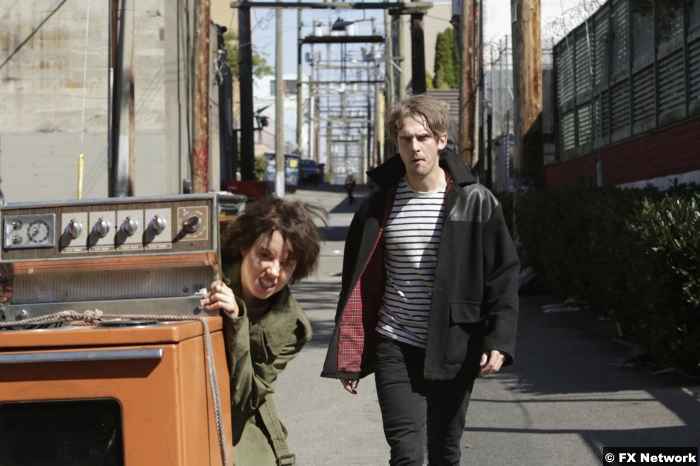 There is a dream logic to all that we see, and like dreams, and any TV show worth its salt, there is nothing, no matter how small, that doesn’t provide a clue. Legion is a rich experience of sumptuous directing, excellent off-key performances, although Aubrey Plaza is easily stealing the show from everyone who isn’t Dan Stevens, and so much more than the sum of its parts.

9/10 – Last week I wondered if Legion could deliver on the promise of its first episode. The answer is uniformly yes as Noah Hawley has managed to make the first post-modern comic book show, one that doesn’t have to adhere to a larger continuity or shared universe, and one that needs to be seen, but not believed right away.