Memory is a funny thing. We have it, and use it, in order to function in our lives. We use it to remember feelings, people, the feelings attached to those people. Because it’s ours we never think that our memories are unreliable, that they could process information in different ways from other people, that’s if we even think about other people. Memory is as unreliable as the person attached to it: some people have photographic, or eidetic memories, most people don’t. #over time feelings can mix with memories and can make them something completely different; Legion has started examining David’s unreliable memory using traditional notions of how it works, but what if what they, and we, have been seeing up till now was a lie? 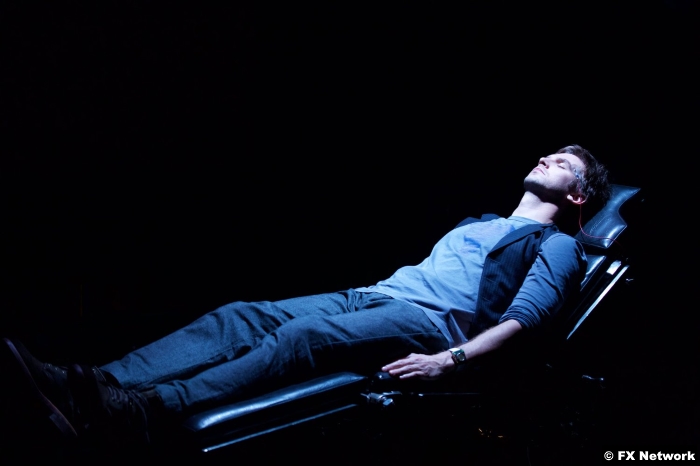 Everyone has false memories: for example I remember my brother telling me that Lance Reddick’s character in The Wire was actually the power behind the Baltimore drug trade. He told me that eight years ago after he watched the first season. I watched the first season this week with this in mind, noting that Reddick showed no signs of suspicious activity, and the show dropped no hints about the resolution I was expecting. Thirteen episodes later Reddick’s character finished his arc by ignoring inter-departmental politics in order to better serve the case at the heart of the season. He was a good guy through and through. My memory of his supposed villainy was false, with no similar character that I might have mixed up his story with I had to conclude that this was a false memory, an idea Incepted into my head by a breakdown in communication.

That is a relatively low stakes example of the problem facing David and those trying to help him. Trapped in the astral plain, with the wonderful Jermaine Clement for company, David has somehow had his consciousness thrown out of his body. If this were as typical episode of Legion then David would have the lion’s share of screen time, but instead Chapter Four decides to give the supporting cast a chance to add some meat to their less eye-catching roles.

Syd, Ptonomy, and Kerry (who shares as body with Cary for reasons that aren’t explained but don’t really need to be), are tasked with investigating David’s past to find some way to help him now. Their trips into David’s mind have helped them come to the conclusion that David is hiding something. He may not be entirely aware of it, and Stevens performance thus far suggests this, but David’s memories have tears and holes in them, pieces missing like missing frames from a film reel. What we’ve seen from David’s mind may not even be his real memories, just false ones built like walls to protect him from the truth about himself.

Reliable or not, David’s memories do provide some clues for the trio to follow: people to find like his old girlfriend and his doctor.  These interviews provide some enlightening details: Lenny for instance is actually a mixture of his friend from Clockworks, who Syd accidently killed, and Benny, David’s male partner in all things crime and druggy. Like Chapter Three this episode has a lot of nods to male/female connectivity. Male and female characters merge and connect in different ways: Benny and Lenny, Cary and Kerry sharing one body, Syd using her powers and her sightings of The World’s Angriest Boy in the World, and the connection that Melanie still shares with Oliver 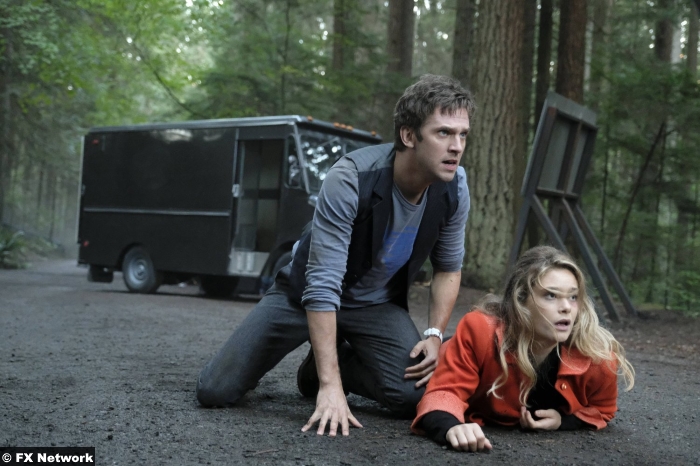 As I said, the interviews are enlightening: Ptonomy’s look into David’s ex-girlfriend’s mind shows another side of their relationship, a civility and normality that has David confident enough to invite his doctor over for pie. David’s ex has the exhausted compassion of many partners who had ambitions toward “fixing” their partners mental health problems. Through her conversation with Syd she expresses concern for David which is quite touching considering the way David has portrayed the relationship in his own head. It also leads the trio to David’s former doctor; except the whole thing has been an elaborate trap set up by Division 3. All of this begs the question: did Division 3 implant these memories inside David’s head as a way to find get him back if Summerland ever came for him. It’s unclear how long David was their captive, and the work that they were doing with him. Although the curious case of the dog that doesn’t exist may quash that theory. There is cracks forming in David’s story, and from his mentioning the dog in his ex-girlfriend’s memory it appears that he isn’t aware of these falsehoods. 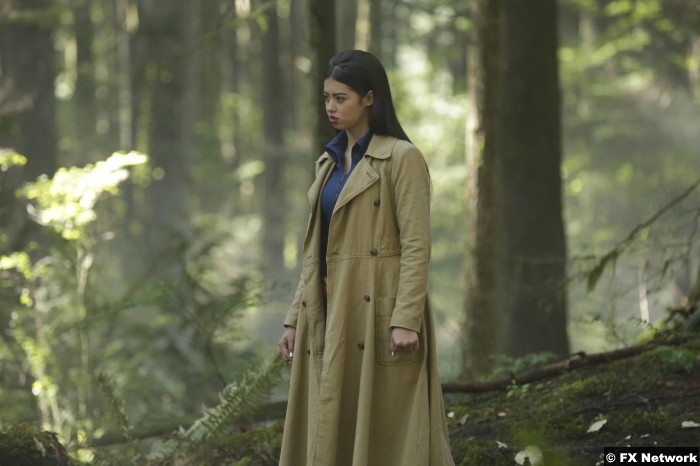 Chapter Four is Legion in overdrive, it’s filling in its world further while constantly keeping us on edge. The problem of the dog was how insignificant it was in previous episodes. Not insignificant to David, or the show as everything on screen is there for a reason, rather in the fact that the dog was part of an ordinary context, a typical aspect of the happy memories David has of being a young boy. The fact that the dog isn’t real is enough for us to question everything that we’ve seen so far.

8/10 – At the seasons halfway point it’s easier to handle Legion’s rhythm, especially now that the true story is starting to show itself. If there is one criticism I could make it’s that the cliff-hanger was a little trite, also it needs more Aubrey Plaza. I know I said one criticism but I just remembered another, because memories are funny that way.