Chapter Three is the simplest episode of Legion so far. This isn’t a criticism, but it does throw the show’s strengths and weaknesses into sharp relief. The episode is a lot less cryptic than the two that proceeded it, it has a recognisable chronological structure, we know when events begin and end, and we always have an anchor to where we, and David is. Memories, hallucinations, and real life are much more strongly sign posted than before, but what the show sacrifices in mystique it makes up for with forward momentum. Legion has so far been brilliant at setting up questions, mysteries, and situations that don’t fit in the right context, but the show couldn’t go on like that throughout its eight episode first season as it would have quickly lost viewers. So Chapter Three’s job is to make everything just a little bit clearer, which means that the shows superhero DNA is brought to the forefront.

Part of Legion’s charm, for me at least, was its refusal to adhere to the normal conventions of a superhero origin story. As I said last week, the show is about the mind, rather than concrete actions, but we can’t spend the entire time inside David’s mind as there has to be external threats for him to eventually face. #the episode is still mostly set in David’s mind but there is also information about the larger story that we finally get some answers to. 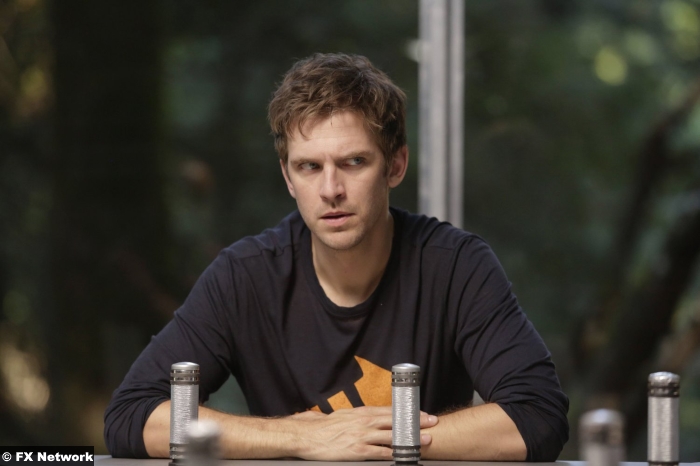 Summerland is indeed the adult version of Xavier’s School for Gifted Children but it is also a reaction to its enemy, Division Three. David, as possible the most powerful mutant on the planet, would be a major asset in the ongoing war between these two factions, which is why Division 3 has David’s sister as bait to in order to recapture him. It’s here in which the show becomes more traditional, with David as the chosen one architype, and his real purpose to turn the tide against Division 3, and create a safer world for mutants. Summerland is a symbol for the duel nature of being a mutant and how those natures can inform each other and also be at cross purposes. Melanie uses the facility in a way that honours her departed husband as a sanctuary: a place where mutants can come to terms with their new abilities and how that changes who they once thought they were. The other side of the coin is that Summerland is also an arsenal of trained mutants that can carry out things like armed attacks on Division 3. The merging of these identities, these purposes, are summed up by Melanie’s approach to David: she wants his powers under his control, she wants him healthy, and then she wants to use him. 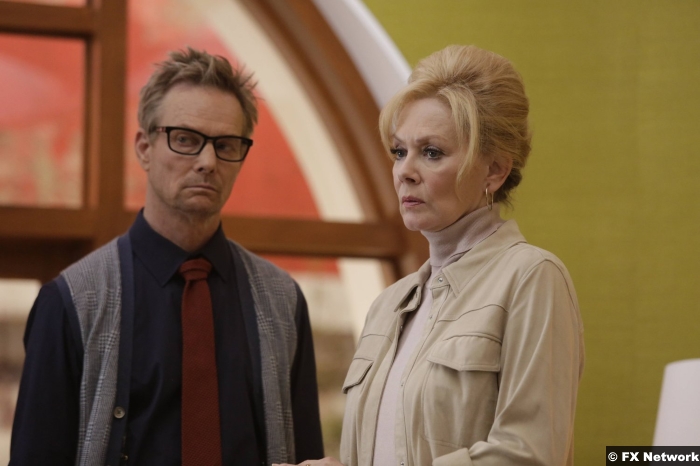 Since Legion’s first two chapters didn’t lean as heavily on the super heroics their inclusion here is a little jarring. Noah Hawley’s show has done such a great job at giving audiences a superhero show that feels like a psychological, mind-bending thriller. Yet it is still a superhero show at its core, which means it has to indulge in some world building, and some over expository dialogue. It is a complement to the show’s ability to create such mood and complex storylines that when it has to build the greater narrative in the way that normal shows do it makes for a slightly disappointing episode in comparison.

Not too disappointing though as Chapter Three is still a damn sight better than most shows out there at the moment. While the wider, more traditional story line is addressed it is still very much the B plot. David is still front and centre as we take another journey into his mind with a much darker context. It still impresses me how the show uses the framing device of mental health treatment to advance David’s story. Melanie, Pytommy, and Syd work as David’s support system and the mind journey this week has a typical psychological purpose: find the trigger. 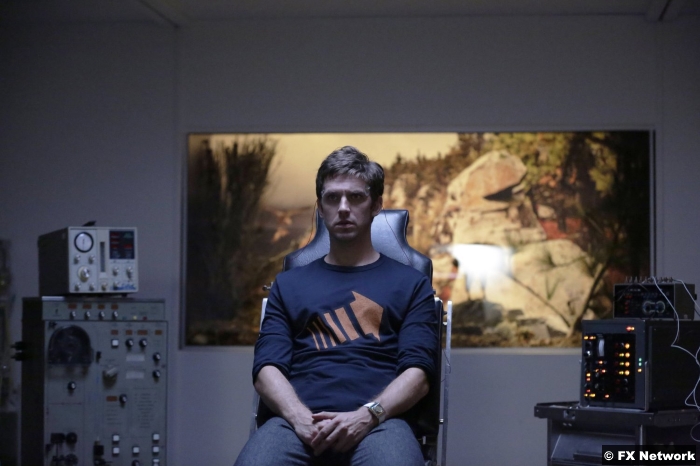 David, throughout the episode is told to think about stressful memories in order for his powers to manifest, his pattern of behaviour, as we have seen up to now, is that stress triggers his powers. What this means is that we are treated to the darker aspects of David’s mind, personified by the fat man, and The World’s Angriest Boy in the World. Of course these two figures could very well be the same entity at different stages of David’s emotional development.

What this means for David is that he must face the aspects of himself that he isn’t proud of: primarily his past drug abuse. He is especially worried at the prospect of Syd entering his mind. While I feel that the romantic pairing of David and Syd is slightly undercooked, Chapter Three does use their relationship to explore some interesting themes. There are a lot of images of David, and the two women he loves: Syd and his sister, merging. In one of the opening shots it is hard to tell whether it is David or Syd in the shower, they also talk about what it was like to be each other, so there is a strong connection between the two that director Michael Uppendahl, and writer Peter Calloway are equating to love. So when Syd enters David’s mind, assuring David that she won’t think differently about him, it is a literal representation of the barriers that come down between lovers, or indeed any close relationship. 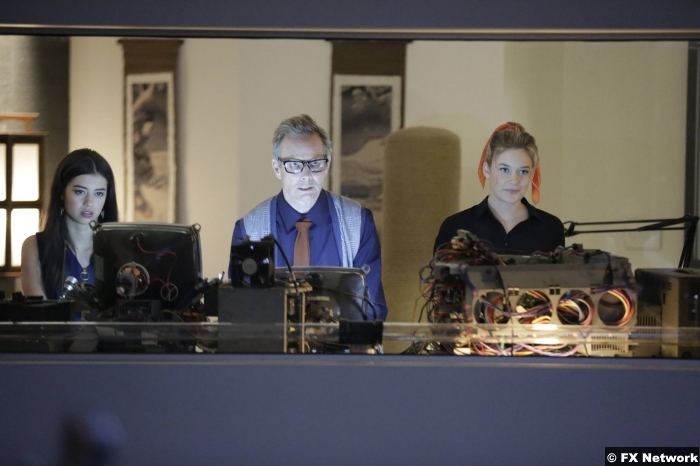 Apart from all of the symbolism and big ideas that are the shows bread and butter, Chapter Three was intensely unnerving. Uppendahl is a skilful hand at creating unease through simple editing, a Dutch-tilt here and there, and the right lighting, in order to create the scenes with the fat man and the angry little boy, which now that I’ve put these to in the same sentence for a second time are reminding me of the names of the two atomic bombs used in World War Two. Knowing Legion this cannot be a coincidence.

8/10 – Chapter Three is a solid episode filled with scares worthy of any horror movie, and a interesting cliff-hanger that promises more strange goings on for next week.