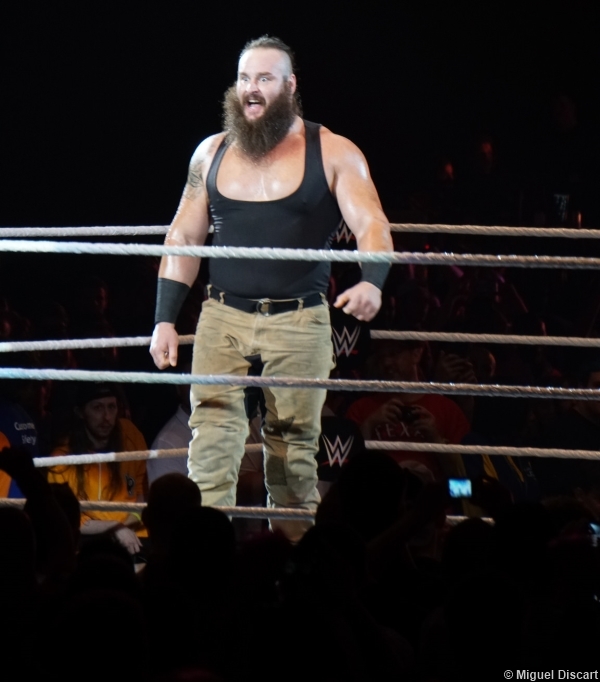 The 1237th edition of WWE Monday Night RAW came to you, live, from the Moda Center in Portland, OR. After twice being embarrassed by Goldberg, first at Survivor Series and again at the Royal Rumble, Brock Lesnar & Paul Heyman made a surprise appearance on last week’s RAW as, on behalf of his client, Paul Heyman revealed that Brock Lesnar is challenging Goldberg to one last match between them on “The Grandest Stage of Them All” WrestleMania! It wouldn’t take long for the most dominant competitor in WCW history to respond either as the always explosive Goldberg will appear on RAW to answer the challenge of “The Beast”! Will Goldberg accept the challenge to face Brock Lesnar one final time and settle the score at WrestleMania? Also on last week’s RAW, a confrontation with Stephanie McMahon would seemingly give Seth Rollins everything he wanted as Stephanie’s husband Triple H would make his return to RAW. However, as soon as Seth Rollins came down to ringside, ready to fight his former mentor, Rollins was ambushed by the debuting Samoa Joe! The former NXT Champion would do the dirty work of Triple H, slinging Seth Rollins around the ringside area before locking in the Coquina Clutch on Seth in the ring. This attack would result in Seth Rollins re-injuring his surgically repaired knee and, now thanks to Samoa Joe and Triple H, Rollins will be out of action for an undetermined amount of time. Following this savage attack, what’s the latest on Seth Rollins’ injury? Will we hear from either Triple H or Samoa Joe on RAW?