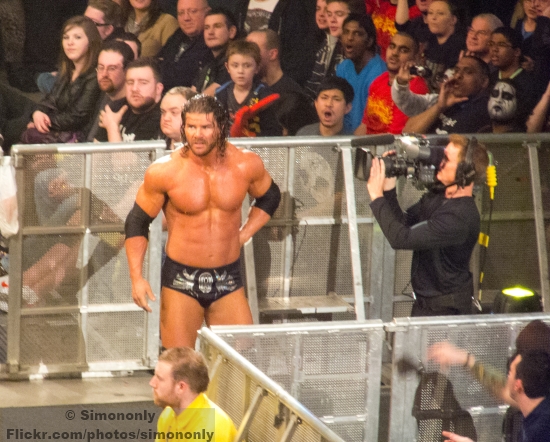 The Era of Glorious.

NXT TakeOver: San Antonio came to you, live on the WWE Network, from the Freeman Coliseum in San Antonio, TX. On the eve of the Royal Rumble, NXT TakeOver would see Shinsuke Nakamura defend the NXT Championship against “Glorious” Bobby Roode. The NXT Women’s Championship would also be on the line in a Fatal 4-Way Match as Asuka defends against Billie Kay, Peyton Royce, and Sanity’s Nikki Cross and #DIY would defend the NXT Tag Team Titles against The Authors of Pain. Also, Roderick Strong would go one-on-one with Andrade “Cien” Almas and “The Perfect 10” Tye Dillinger would square off with Sanity leader Eric Young.

Following the match for the NXT Tag Team Titles, RAW Superstar Seth Rollins would make an unexpected appearance to call out Triple H. This past Monday night on RAW, Triple H’s music would play during a match between Seth Rollins and Sami Zayn. This would distract Rollins long enough for Sami Zayn to defeat Seth which would earn Sami a spot in the Royal Rumble Match and it would take Seth’s spot away. Rollins would demand that Triple H come out to the ring, saying that he knows that Triple H is in the back.

Surprisingly, Triple H would come out to the stage, but after taking a couple of steps towards the ring, Triple H would bring out three members of security before Triple H heads to the back. The security team would try to take “The Architect” down, but Seth Rollins would take the three members of security out, but when Seth tries to rush to the backstage area, more security arrives on the scene and Rollins is overwhelmed by security as Seth is presumably ejected from the arena.