There have been rumours of a potential new series of Prison Break which will reunite the two main characters Michael Schofield and Lincoln Burrows, Wentworth Miller and Dominic Purcell respectively. The reports gave no suggestions of any returning characters although there is a vast amount that can still be done with some other characters even if their circumstances were neatly wrapped up at the end of season 4.

The original 4 seasons are available to watch on Netflix, so for those of you who have never seen the show, is it worth watching? 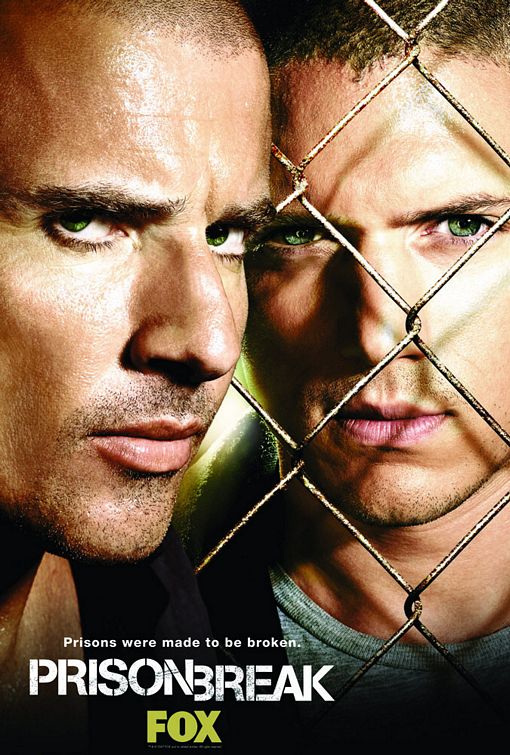 On the whole, Prison Break is a series I remember fondly. During it’s run from 2005-2009, I’d make sure to watch the latest episode because the previous episode almost always ended on a cliffhanger. These cliffhangers genuinely left you wondering what would happen next, usually revolving around a piece of information that puts a character’s plans in jeopardy or the arrival of a character at an unwanted time. So, for those who may be interested, what was Prison Break all about?

The original story of Prison Break is a simple and clear-cut plot. Lincoln Burrows is arrested for the murder of the Vice-President’s brother, Terrence Steadman, for which Burrows is sentenced to death. He is sent to the Fox River State Penitentiary to await his execution. His brother Michael Schofield, who took his mother’s surname, then gets himself arrested in order to break Lincoln out with the belief that he is innocent. Every detail of Michael’s plan is very intricate and precise as it is revealed throughout the first season and mixing that with a variety of characters makes for entertaining viewing.

Season 1 is primarily set in Fox River as Schofield looks to enact his plans to escape with Lincoln Burrows. It is clear that Michael had doubted Lincoln’s innocence but his own research into the case changes his mind and he decides to take action. Michael ‘robs’ a bank, bringing a gun into the bank, demanding money and waits for the police to arrive. At the trial, he pleads guilty and requests to be sent to Fox River where the officials are none the wiser that Schofield and Burrows are related. He then arrives at Fox River and awaits an opportunity to see Lincoln. Throughout the course of the pilot and the rest of the season, flashbacks to Michael’s plotting are shown with notes on the case against Lincoln, on the prison and it’s surrounding areas with notes or phrases that don’t seem to make any sense until Michael reveals it. The biggest reveal of the first episode is when Michael meets Lincoln. Michael reveals that he was a part of the design team for the prison and reveals his body tattoos which are blueprints of the prison along with his plan for escaping. Meanwhile, on the outside, their mutual friend Veronica begins to investigate the case to try and prove Lincoln’s innocence, firstly to herself and then the rest of the country. 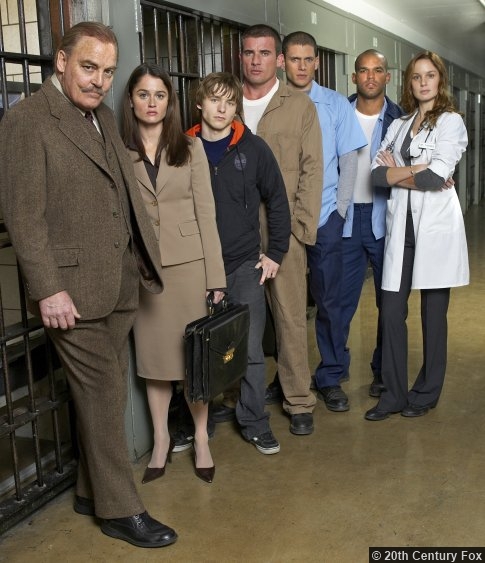 There isn’t much to fault from season 1. Every scene set in the prison has its purpose and week after week, more and more characters are introduced often throwing a spanner in the works of Michael’s plan. Michael has his plans laid out to get cosy with the warden in order to facilitate his and Lincoln’s escape along with trips to the medical ward as it was a tactical vantage point. Everything about the plan eventually becomes altered. Michael requires the help of some criminals and he can’t hide his intentions once they help him. Then there are criminals who happen to learn of the plan in their own way and use this against Michael to help them escape too. These developments raised the tension and the drama in the prison and amongst Michael’s team which meant the plan always hung on a knife edge. The scenes with Veronica and her acquaintances investigating the case and being pursued by men in suits is less entertaining but that’s not to say there’s anything wrong with it. There is an interesting dynamic when Lincoln’s son L.J is dragged into the equation and helps Veronica but his role doesn’t seem of much importance in the first season.

The characters inside the prison are an interesting collection of criminals with differing personalities. You have characters like Benjamin ‘C-Note’ Franklin and Fernando Sucre who are, on the whole, good people with families to support. These are people you want to see escape with Michael and Lincoln but then you have the mentally unstable Haywire, the old hand Charles Westmoreland and the cocky David ‘Tweener’ Apolskis who get involved.

However, it is an interesting moral decision for Michael when John Abruzzi and Theodore ‘T-Bag’ Bagwell get wind of the plan and demand to be a part of it. These are the people you expected the prison to be mostly made up of. Abruzzi, a gang leader and T-Bag, a rapist and murderer with a strange disposition and unsettling voice. T-Bag is easily the most despised character by the others and the fans alike, even Abruzzi takes the moral high ground. The other character to influence Michael is the prison doctor, Sara Tancredi. Michael uses his hospital trips to observe the surroundings as access to the ward is key to his escape but grows fond of her. Then there’s the main cop, Brad Bellick, who is corrupt but always seems to be on Schofield’s case. He often makes discoveries or decisions that put Schofield’s plan in jeopardy. 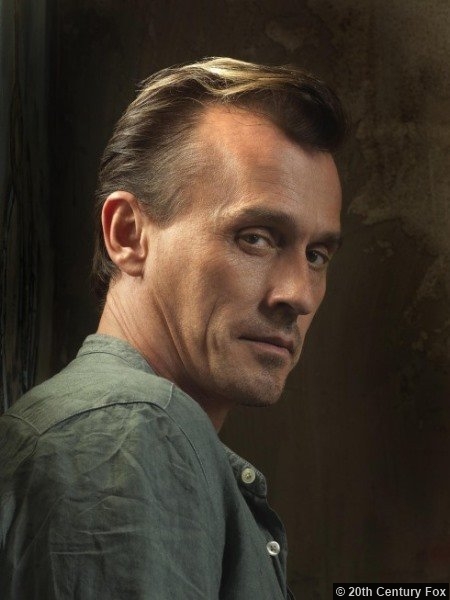 There is plenty to admire about the drama and tension created by Prison Break. The characters in the prison blur the lines between what’s right and wrong. You have Michael, an honest man, who is tested morally in his attempt to save his brother with the prospect of breaking murderers out of prison. You have officer Bellick who, despite representing the law as an officer, is one of the most corrupt and criminal characters in the prison. Sucre and C-Note, despite being criminals, are two of the most likeable characters who want to escape in order to see their families again. The intricacies of Michael’s plan and how it unfolds and how he adapts it each week is a joy to behold. The slow, unraveling of evidence in favour of Lincoln builds up the hope that the truth can be revealed. All this adds up to an enthralling first season which I can highly recommend. The seasons that follow have their ups and downs but overall, Prison Break kept up its high level of twists and turns and plenty of cliffhangers to leave an episode on.