So let me get this straight, right here in the first paragraph. I do actually love The Walking Dead. I watch it week to week, look forward to new episodes, and find myself getting genuinely invested in the characters, and that’s no small achievement. But that doesn’t mean that I think the show is flawless. Far from it. In the last couple of years, The Walking Dead has shifted it’s centre of gravity-where once it was a story about settlement, safety and the human condition in the face of the unthinkable, it became a drudging split-perspective take on all the stabby, shooty, rapey, “dark” side of the zombie apocalypse (now I think about it, is there an upside?). But I think The Walking Dead could regain it’s former glory. How? Read on.

Work Out That Ensemble

Working with an ensemble, especially on a show like The Walking Dead, is always a huge challenge. Who are your main characters going to be? How do you make sure you don’t end up with another T-Dog or Jacqui, characters so viciously sidelined by the show that I reeled in shock every time they walked on to the screen? But the focus of the ensemble should be an ever-shifting and impalpable thing; sure, Rick is our main character, but generally episodes would jump focus quite easily to follow the story of whoever had the most interesting tale to tell that week. With the criminally underused Michonne still vying for some decent backstory (that Godawful episode she shared with Carl last season barely, barely counts) and a chance to get more than five lines out an episode, compared against Rick, Glenn, or Maggie, most of whom cycle through the same conflicts and inner turmoil on a regular basis. Just because you’ve assigned the mantle of “lead” to someone doesn’t mean you shouldn’t be able to get off that high horse and allow some other characters some screentime. Look at how well you did with Carol! 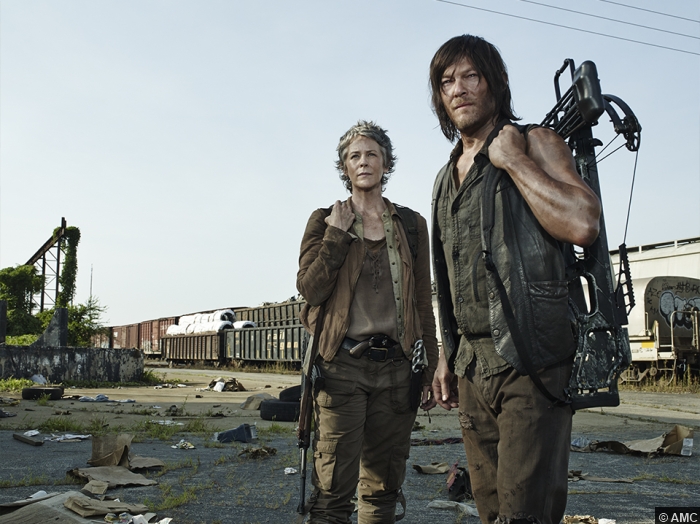 Quit It with the Monologues

Look, I know it must be difficult to come up with compelling, brand-new dialogue for thirteen episodes a season (and I mean that genuinely), but seriously, can we shut up with the monologues for just a minute? The occasional, well-placed monologue is always welcome, but barely an episode goes by without Rick delivering a proper speech to at least one of the group-hell, entire conversations have taken place through monologues in the last handful of episodes alone. There was something about the blunt, to-the-point directness of the first couple of seasons that’s been missing in many interactions this season, with the script becoming an overly indulgent way for writers to outline precisely what themes they want to take on in the next forty minutes.

Lighten Up on the Zombie Killing

Yep, I get it- as a dedicated horror fan myself, there’s always that little frisson of “yes!” when one of the gang nails a walker in the head with a machete, or stamps it’s face it with a hard-heeled boot, or slashes the top of it’s head off with a katana. And I’m down for that. But the series is strongest not when it’s building up to dramatic, walker-slaughtering set-pieces, but when it’s focusing on human conflict- the moment where Rick tore the jugular vein out of the bandits who were threatening to rape his son? Instantly memorable, because the reactions on both sides were human. Carol’s destruction of Terminus (cementing her as the baddest of the badasses in this show) was all the more powerful when she wasn’t stuck with mowing her way through a field of zombies. When Shane shoots a hapless Otis way back in season two, it’s not the flurry of walkers descending on him that makes the scene impactful, but what Shane has just done to a fellow human. Scrap the desperate urge to spend fifteen minutes on arterial walker blood splatter every episode, and stick with real human conflict-physical or otherwise. 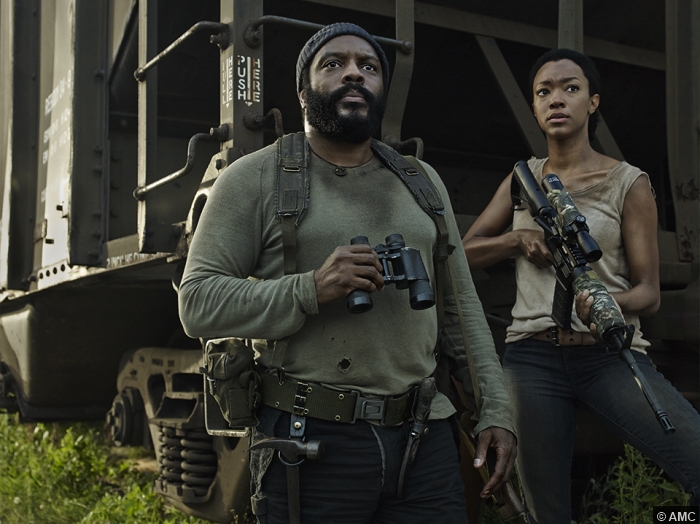 I’ve always been really impressed with the way The Walking Dead has actually delivered on that constant sense on encroaching death they work into every episode. Without it, this zombie show wouldn’t have any teeth. But in the last season or so, they seemed to have finished off a few characters who had plenty of story left to tell- Bob, Tyreese, Christ, even the interminable Beth was getting a bit more interesting when she took a bullet to the brain. There seems to be a nervousness around killing off any of their old stalwarts, like Carol, Rick, Carl, Daryl, or Glenn, and I can see why, but surely going-nowhere characters like Eugene should have been quicker to the chop than the intriguing and underdeveloped Bob? To be honest, this might just be a redundant complaint, as I’m predicting the death of an old favourite on the horizon- and my money’s on Glenn, given the inevitable pregnancy storyline that’s got to be coming soon matched with those tantalising almost-decapitations at the start of the season.

With the last couple of episodes in Alexandria, it looks like the show has finally been listening to what long-time fans have been saying: let the group settle somewhere. Because the series is at it’s best when the goal isn’t just finding somewhere to stay alive, but having to work out a way to live and work together in a dazed new world that requires everyone to grow and develop into something different just to fit in (don’t make me bring up how great Carol is again). The show had a major faux-pas in the fourth season by splitting everyone into factions and darting between them from episode to episode, and bringing them back together was the start of regaining their former glory. Giving them somewhere to settle and forcing them into some semblance of a normal life while attempting to stave off memories of the traumas and losses caused by the end of civilization- now that’s entertainment.