Legends of Tomorrow: Character comparisons with The Walking Dead?

When the Legends of Tomorrow trailers went live and the large odd ensemble cast was revealed, the reactions were mixed. Those that liked the idea weren’t sure that having such an odd group of heroes (and villains) was going to work. Then, there were those that simply wouldn’t even consider watching for, well, the same reason. How could the stories support such large and unusual grouping? 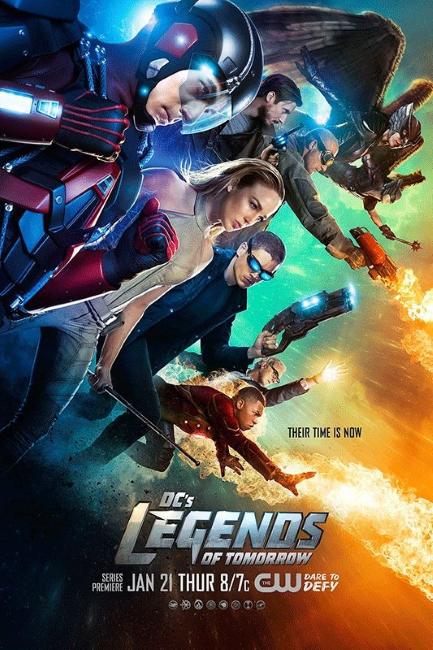 The series premiered to 3.2 million viewers and has experienced some fluctuation, but the show still can boast decent numbers.

Despite the naysayers, the team is working. The characters chosen for this team are turning out to be quite complimentary and are allowing for richness of character that you can get invested in. The character’s back stories and personalities are creating a dynamic that is unique… well, unique-ish.

Why? Well, it’s obvious, isn’t it? Cuz The Walking Dead.

Now, stay with me here. Is the suggestion as simple that an ensemble cast working together for a common goal just works? Absolutely not. To understand, you have to compare the team members. The descriptions will be generalized to reduce **Spoilage** for all shows involved. The back stories of each Legends of Tomorrow (LoT) character that came from another show (Ray Palmer and Sara Lance from Arrow; Kendra Saunders, Leonard Snart, Mick Rory, Dr. Martin Stein, and Jefferson Jackson from The Flash will be used in the comparison. 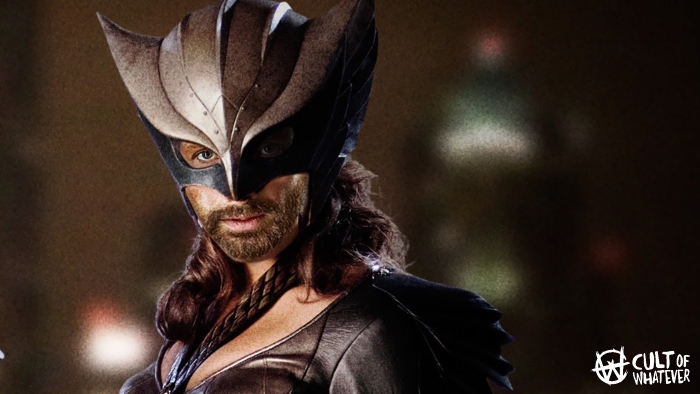 In any ensemble cast, it’s not truly fair to call a single character the main character as the story can be from any character’s point of view at anytime. However, a linchpin character can usually be established. Rick/Hawkgirl are the linchpin (cornerstone) characters. Rick/Hawkgirl’s story (Rick being injured and comatose so he is separated from his family/Hawkgirl finding out she is Hawkgirl, as seen in The Flash) are our prologues to the big event that changes not only their lives, but the fate of the world (The Walking Dead zombie apocalypse/Legends of Tomorrows news of Vandal Savage’s conquest of the planet). Both characters struggle with trying to cope with how much their life changed out of nowhere. Then, when they accept their inner warrior (Rick-tatorship/coming with Rip to save the world from her nemesis). Both Rick Grimes and Priestess Chay-Ara have sons that become very important to their group by using the knowledge they sought to learn to be helpful (Rick’s son Carl wanted to learn to shoot has been extremely useful to the TWD Group/Chay-Ara’s son becomes an expert on ancient Egypt because of his parents and in turn helps his parents’ LoT group with important information on Vandal Savage).

Carl = The Atom (AKA Ray Palmer) 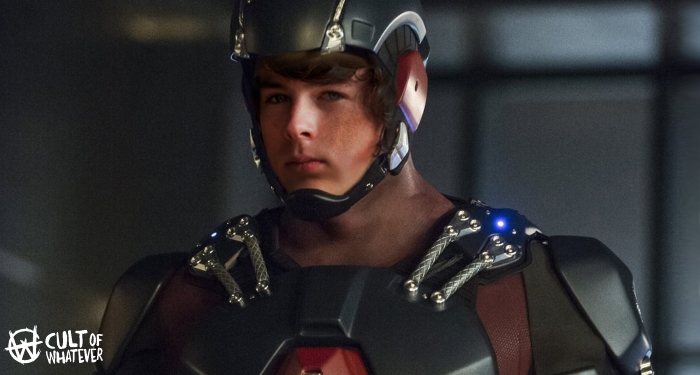 At the beginning of both shows, Carl/The Atom are happy-go-lucky and just want to feel of use to their groups. Both character’s are eager to use a weapon (Carl wants to use a gun/Ray Palmer, his Atom suit) despite the fact that neither of them seems to grasp all of the consequences of their weapons. Carl/The Atom both have incidents when practising/tinkering with their weapon (Carl uses a walker stuck in the mud as target practice/Ray Palmer is making repairs to his Atom suit) when a catastrophe happens (Carl’s trapped walker breaks free and kills a well loved group member/while his character was on Arrow Ray Palmer was in a huge explosion and presumed dead). Despite the difference of where it happened in their timelines, we know both Carl and Ray have deaths that they blame themselves for (Carl blames himself for the previously mentioned group member/Ray for his fiancée, which happened even before his first appearance on “Arrow”) and both characters are changed by the deaths. Throughout The Walking Dead we see Carl go from a kid that just wants to help to being one of the toughest members of the team. While the Atom is still developing, once he became a member of the Legends team, his character has undergone a ton of growth. He’s overcome his fear to save Chay-Ara and he took a severe beating (that could have been easily taken by another member of his group) to prove he’s tough enough be an important team member. Sounds like Carl, right? 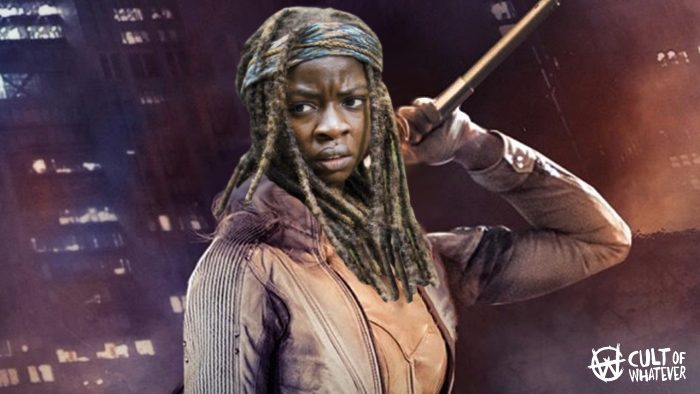 (Insert either character’s name) became a warrior to deal with her past, but is finding that it’s okay to be human and a warrior at the same time.  Both women are proficient with blades and ending their opponents. Here is a standardized test moment: Green Arrow is to White Canary as Andrea is to Michonne. Oliver Queen and Andrea both came into contact with their counterpart in this analogy when Michonne/Sara was in full on warrior mode (Michonne with her swords and walker pets/Sara as a member of the League of Assassins) and still manage to become close enough to them to bring them into a group. Michonne/Sarah Lance’s characters have had their humanity waiver and be tested, but both are starting to realize that keeping a more human side is how you keep the warrior side in check. Here is another analogy: Rick is to Michonne as White Canary is to Captain Cold. Both Michonne/White Canary are finding an extra push to embrace humanity from Rick Grimes/Leonard Snart. 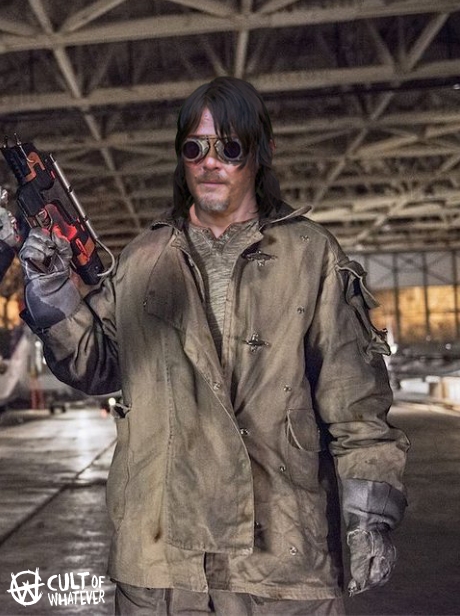 Daryl/Heat Wave have bad reputations and joined their groups with their partner in crime. Both men are considered the side kick in their relationship to their partner, but there is obvious brother/brother-like love and affection that comes through. No matter the issues that arise, these pairs can work it out. Daryl has his cross bow. Mick Rory has his Heat Gun. Both men were proficient  with their weapons predating becoming members of their groups. Also, these characters (and their friends Carol/Captain Cold) are both fan favorites. All that being said, this past episode, “Marooned,” seems to have put Mick Rory in more of a Merle position. If you haven’t watched Marooned yet, please skip to the next character to avoid the small **SPOILER** spill. Was it really a death sentence? Yes, he appeared to be a danger to the group, but was he so dangerous he needed to be abandoned/killed? Sounds very Merle, right? Does this also set up a Woodbury storyline where Mick/Merle joins up with Vandal Savage/The Governor making Leonard Snart his Daryl to cause problems for his group but ultimately helping them by reconnecting the brotherly bond? Who wouldn’t watch that… again? Mick Rory = Darle = fangirl with a bad boy complex win. 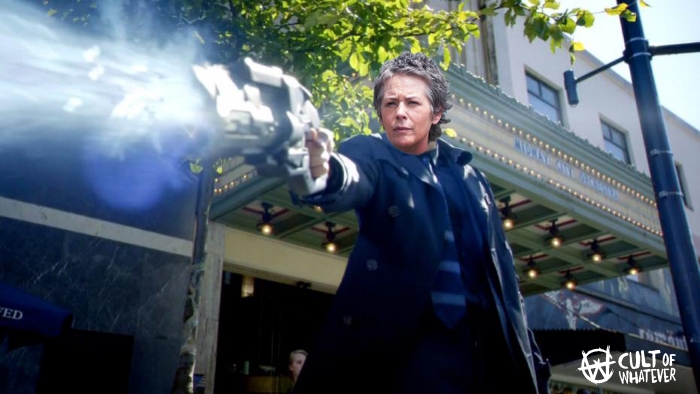 Carol/Leonard Snart are leadership material. Both characters came from abused pasts and would do anything to make sure others don’t have to experience that (Carol revealed her intolerance for Pete Anderson beating his wife by threatening his life/Leonard Snart’s father became abusive to Leonard and his sister after going to jail so when the LoT team was in the past he tries to help his dad out… and himself and his sister). Carol/Captain Cold both have the ability to fool large groups of people (Carol really had all of Alexandria believing she was just a sweet, one-dimensional housewife type until her real talents were needed/Captain Cold had everyone, including himself, convinced he was aligned lawful evil, but the lines kept blurring and his strict criminal code revealed to the Flash and then Rip and the LoT team that he is not actually evil). All these traits make Carol/Snart the most adaptable and prepared to do what needs to be done for the good of their team members. But again, is Snart also the Daryl to Mick’s Merle? Snart = Caryl = fangirls with a brooding anti-hero that lives by a strict  moral code with a bad boy streak that does what he has to for the good of the group thing (seriously, how many people in fandom does that fit… trust me that is a fangirl archetype for screaming and sighing over) are winning big. Woot! 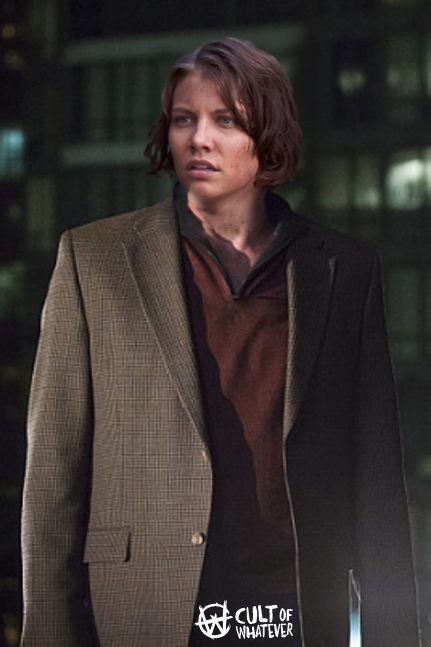 Maggie/Dr. Stein like to take control and use their intellect to solve problems (Maggie used her brain to better the groups way of life and how about that walker finger paint that led to being reunited with Glenn/Dr. Stein is a genius physicist that created Firestorm and constantly comes up with ideas to help his group). Both characters had decent family lives and fairly normal lives until there was a fire that changed everything. Yeah, that one was a stretch, but too interesting not to point out.

Glenn = Jax (AKA Jefferson Jackson and half of Firestorm) 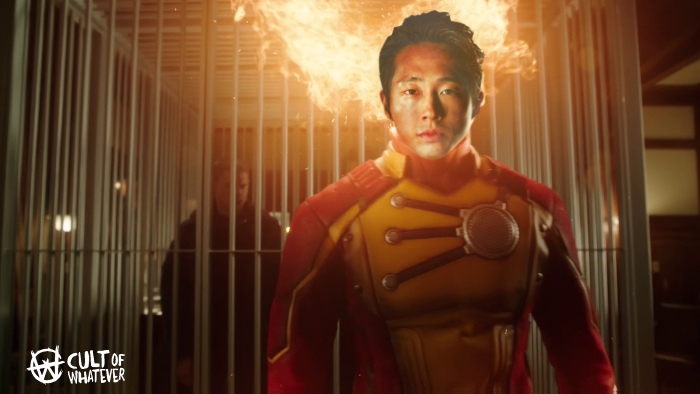 Glenn/Jax are both people that came from limited means (Glenn was a pizza delivery guy/Jax became a mechanic to get by when he lost his football scholarship and couldn’t afford college without it). After the zombie apocalypse, Glenn became a vital part of the The Walking Dead group with his ingenuity and by learning how to fix the Winnebago. After Jax decides he wants to be part of the Legends of Tomorrow team, he uses his ingenuity with machines to become a vital member of the group on the Waverunner and by learning from Dr. Stein how to use their powers 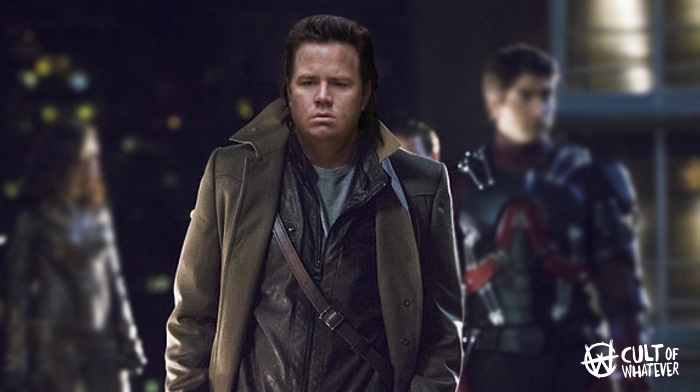 This one is just for fun. Both Eugene and Rip Hunter claimed to be on a mission to save the future, but the true motivation was more selfish.

The team works. We’ve been entertained by its dynamics and character archetypes for years already. If you took the time to read this article then you can definitely take the time to give Legends of Tomorrow a chance.