Call of Duty: Black Ops III – Taking everything to the next level

Call of Duty: Black Ops III has become one of the most anticipated game releases this year, which is no surprise, given the popularity of the Call of Duty franchise in general and the large fan base of the Black Ops series in particular. Last year’s Call of Duty: Advanced Warfare took the game’s first-person shooter gameplay and projected it into the future, introducing a more technologically enhanced brand of military combat, complete with futuristic exo suits that allowed players to maneuver in ways previously impossible in earlier COD installments.

Black Ops III, while a direct sequel to Black Ops II, looks to have some similarities to Advanced Warfare, especially in its futuristic setting. The reveal trailer for Black Ops III was recently released, and among the typical first-person shooter fare, there’s a focus on a war that seems to be more against technology than it is about the use of it. As soldiers are locked into battle with futuristic military robots that seem to have a mind of their own, the trailer’s voiceover says, “How far can we push technology before it pushes back?” With the musical background of the Rolling Stone’s “Paint it Black,” the Black Ops III reveal trailer has an ominous tone, and the warfare looks intense.

As a sequel, Black Ops III takes place in a future that was significantly impacted by the events of the previous game. The landscape is ravaged by climate change, and it seems the world is at war. Human soldiers are biologically enhanced to do what soldiers of the past would’ve never even dreamed of, and advanced robotics pose a threat unlike anything we’ve seen.

Call of Duty continues to maintain its popularity among gamers because of its immersive quality. Players feel like they’re fighting in a real war. Whether in the context of the story found in the game’s campaign mode or in multiplayer, players know they’re fighting against a significant threat that needs to be stopped. Depending on the game, this threat could be toward the future of a nation or in the case of Black Ops III, it would seem the fate of the human race is at stake.

With Advanced Warfare, Activision put more focus on the story element of the campaign mode, even bringing actor Kevin Spacey in to voice the game’s primary villain. The scope of the game was huge. But Black Ops has been no stranger to presenting an engaging story as one of the primary elements of the game. For both Black Ops and Black Ops II, Hollywood screenwriter David S. Goyer, the writer responsible for Man of Steel, was brought in to write the story for the games.

Black Ops II even featured a branching storyline in an attempt to make the game feel more like player choice has a significant impact on how the story plays out. Advanced Warfare had a more linear story and information so far seems to indicate that the branching storylines won’t be returning, but it would be cool if Black Ops III not only had branching storylines, but took it to another level. The impact of player choice upon the way a game rolls out has been a significant focus for game developers in recent years, The Walking Dead being one of the most popular and the upcoming horror survival game Until Dawn seeking to make waves in that space as well.

Though most players get into Call of Duty for the action of shooting the enemies and using various weapons of warfare, it’s clear that COD is making a mark in the storytelling arena of video gaming. If Black Ops III can bring the impact of player choice to a level not seen before, it’ll be a breakthrough game for other game developers to learn from.

Interestingly, Black Ops III does seem to open the gameplay arena a bit more than in the past for players by taking its campaign mode and opening it up to multiplayer, which will surely have an impact on how the campaign plays out. Up to four players can play online and two players can play locally with split screen. The game map is open for exploration, and players can try to figure out different ways to take out an enemy. And for the first time, players can choose to play as either a male or a female soldier. This is significant in an industry that’s been plagued by frustration over the lack of female playable characters in games, which is surprising given the rising number of female gamers.

Treyarch, the developers behind the Black Ops series, had to develop new graphics technology in order to make the game more open to player exploration, but it’s clear that they’ve put a lot into making this one of the best games around.

As for the multiplayer component of Black Ops III, Treyarch is committed to completely overhauling the way multiplayer is played. This is an attempt to keep the element that most players enjoy the most as a core part of the game while also improving upon what has worked and what hasn’t in previous games. The developers have been breaking down the multiplayer mode and removing things like perks and certain weapons and skills. They’ve been seeking to find the core elements of what makes multiplayer work.

Another element that promises to be more in depth than in previous games is the zombie mode. Although details about the zombies in Black Ops III are limited, players can look forward to shooting up the walking dead with their friends. 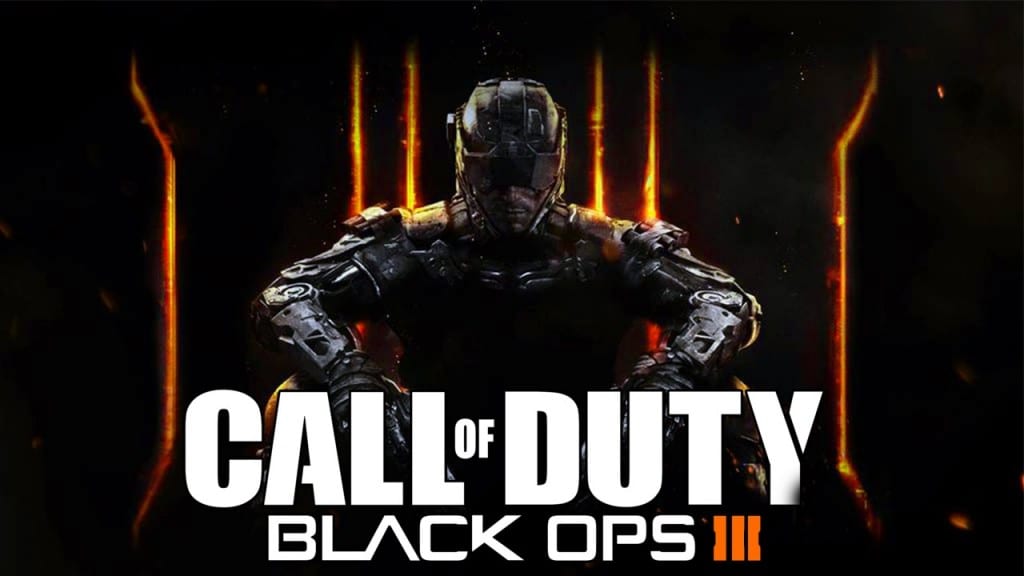