Resident Evil Revelations 2 and why episodic gameplay is so popular

The latest installment in the Resident Evil franchise has taken a unique distribution approach by breaking its gameplay into episodes. This episodic approach is becoming more and more popular with developers and gamers, a trend largely begun by Telltale Games, the developers behind the hugely popular The Walking Dead episodic game series. Resident Evil: Revelations 2 is the newest game in the series and takes place between Resident Evil 5 and Resident Evil 6. As a survival horror game that depends heavily on a compelling game narrative, the game is perfectly suited to being released in an episodic fashion. Each episode ends leaving the player wanting to know what happens next. 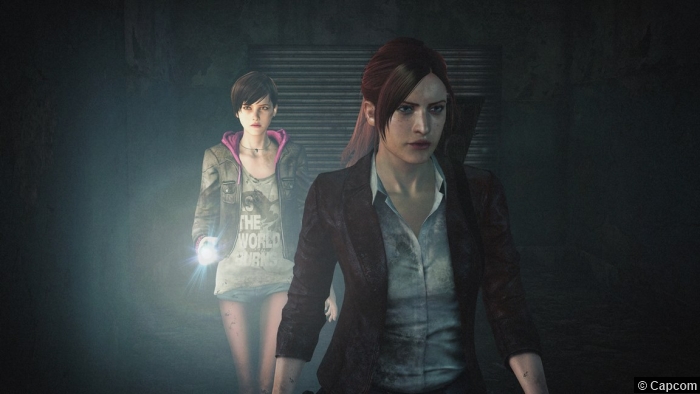 Revelations 2 follows Claire Redfield as she’s kidnapped from a welcome party and wakes up in a mysterious colony that is overrun by zombies. When she meets up with Moira, the daughter of veteran character Barry Burton, the two of them soon discover they were taken by a mysterious organization led by a woman who calls herself the Overseer. While dodging the Afflicted around almost every corner, the player must guide Claire Redfield out of the colony alive to discover who has taken her and what she needs to do to stop whatever they’re planning.

The game actually features two layers of gameplay. The primary layer you’ll play as Claire Redfield with Moira assisting with not much more than a flashlight and a crowbar. The second layer of gameplay allows you to play as Barry Burton with assistance from a mysterious girl with supernatural abilities named Natalia Korda. The game is designed to be playable on your own, but utilizing teamwork with another player gives you a distinct advantage. If you choose to play with a friend, you can choose to play as Claire while your friend plays a Moira or the other way around. Or you can play as either Barry or Natalia. Attacks are reserved for Claire and Barry, while Moira and Natalie are utilized to find hidden items in the game. 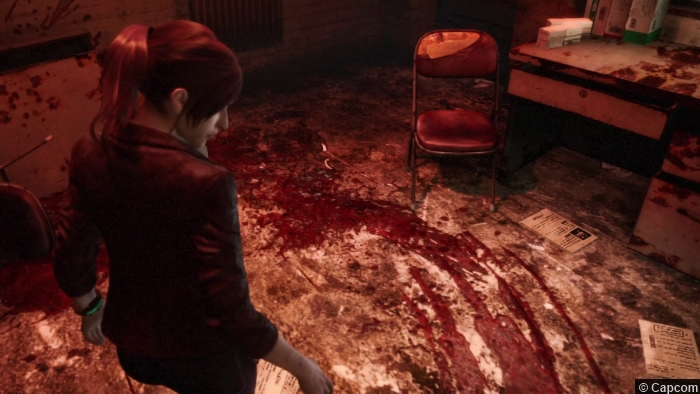 The intense nature of the game is one of its strengths. Imagine finding yourself trapped on an island with zombies, tasked with shooting your way out without getting infected yourself. Oh yeah, and it’s dark. Plenty of scares await you as you try to uncover the island’s mysteries and figure out who the mysterious Overseer is who put you here. Of course, there’s also an emotional element add to the game as Barry Burton struggles to retrace Moira’s steps in order to find and rescue his daughter. As the game’s title implies, reveals about the mysteries of the game world as well as the characters themselves are planted throughout. As an episodic game, each episode leans into the next, and you’re left waiting for the next week to experience what happens next. 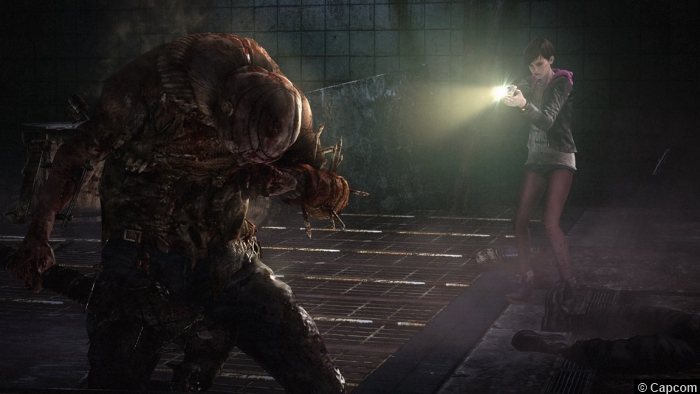 Revelations 2 is the first game in the Resident Evil franchise to be developed into episodes rather than as one long-form game, and so far, the structure of the episodes seem to work well. When creating episodic content, episodes work best when they stand on their own and simply build on one another so that they tell one complete story, and Revelations 2 seems to follow this structure, rather than being a complete game that is divided at key points.

With Capcom venturing into episodic gameplay with the latest Resident Evil, it will be interesting to see if they begin developing more games in this style. Telltale Games have already create a name for themselves as episodic game developers with their popular episodic game adaptation of The Walking Dead. It seems likely that more and more game developers will begin making a foray into developing episodic games because gamers seem to respond well to them. Of course, this makes sense in a world where many of the most popular narratives are episodic in nature. Think The Hunger Games, The Walking Dead, and many popular web series.

Of course, this means not just any game can be developed into episodes. Storytelling has always been an important feature of many video games, but it seems to be rising in importance in recent years with many game developers creating games with a tight meshing of interactive storytelling and engaging gameplay. It only makes sense that developers would also see the value in telling episodic stories with their games. The television industry thrives on the ability to create shows that tell stories over a season or more of episodes with each episode standing on its own and yet also telling a piece of an overall story.

Episodic games give developers the opportunity to test the waters with a game the same way television creators due by creating pilots of new shows. Of course, so far developers are diving in and developing their games with the assumption that the game will be well received. While that hasn’t been the case for all, it has been for most. Episodic games also give players the opportunity to test the waters with a game. Episodes are relatively short in duration and cost less than a complete game, and if the game is compelling enough, which its designers are committed to leaving you wanting more, then the player will check out the following episodes in the game.

What makes episodic games like The Walking Dead the most compelling for gamers, however, is the way the choices made by the gamer in earlier episodes affects the way the game is played in later episodes. This is one of the most fun elements of telling an episodic story through gameplay. The story itself may end up in the same place, but the steps to get there are genuinely impacted by the way the player plays the game. If a player completes the game, playing the game a second round can be markedly different than the first round, giving the game a higher replay value. Revelations 2, unfortunately, lacks this and follows a more rigid narrative structure. The episodic nature of the game suffers for this reason may affect how gamers respond to the series overall without that element.

Capcom released the first episode on February 25, 2015, with a new episode every week for the following three weeks, finishing on March 18. Capcom will release all four episodes in a complete version of the game. The game episodes are available on Playstation 3, Xbox 360, PC, Playstation 4, and Xbox One.