Until Dawn – A survival horror game for an evolving medium

Horror movies are an interesting concept. People pay money to be scared. But it doesn’t stop with just movies. Every Halloween, people flock to haunted houses they can walk through so that they can experience terrifying things jumping out at them and go home with their heart racing, hoping they don’t have nightmares when they go to sleep. People do this voluntarily.

I’ve always been curious about why people choose to put themselves into situations in which they know they’ll be frightened. After all, nobody really wants to be afraid. We certainly wouldn’t volunteer to let Freddy Kruger haunt our dreams in real life. At its core, horror is about death, and no one really wants to place themselves into a situation where they will likely die a most painful and violent death.

If Only Horror Movie Characters Listened to Us

And we always seem to want to control the horror movies we watch. We know the girl shouldn’t open that closet because opening that closet means she’s dead, so we yell at the movie or television screen, “Don’t do it!” But then she does it, and then she’s dead. She could’ve survived if she would’ve listened to our advice, right?

Enter Until Dawn, a new game from Supermassive Games that takes the desire we all have to control the characters in the horror movies we watch and grants it. Video games are an ever-evolving medium and one in which storytelling has become more and more prominent. But the storytelling in games has been primarily very linear because of the limitations created by the nature of video games. A player plays through a pre-designed narrative. Every player has the same experience and the end is always the same. But games have been focusing more and more on the player choice component of gameplay.

That’s why it makes sense for Supermassive to use a game like Until Dawn to try to pave the way for more nonlinear player choice-focused storytelling/gameplay experiences. It’s essentially a horror movie that you play. Instead of yelling at the screen, “Don’t go in there,” you control where the character goes.

Of course, even this is limited because you won’t be completely autonomous. There’s still a range of possibilities to follow. But Until Dawn looks to go in a direction few games have gone before.

It Feels Like a Horror Movie We’ve Seen Before

Here’s the setup. Eight college students head to a secluded cabin in the woods to spend the summer when they’re suddenly hunted by a psychopathic killer. Not a very original storyline, but I think they’re trying to go for a familiar type of horror story with all the standard horror tropes. I imagine that what it will feel like for most players is getting control of a movie they’ve already seen, even though they haven’t actually seen it.

A Game in Which Player Choice Matters

What makes Until Dawn unique is that the choices you make as the player actually impact how the story plays out. Sure, the developers have planned out every possibility that you could choose, but they’ve definitely built some serious replay value into this game.

You get to play as each of the eight friends, and the choices you make as one character will impact what is possible when you play as the other characters. Death is permanent. In a world where games often give you a certain number of lives so that when you die, you’re taken back to an earlier spot in the game, Until Dawn is a movie about real irreversible death. In a horror movie, victims don’t come back to life to face the killer again, after all. Once your time is up, there’s no redo. 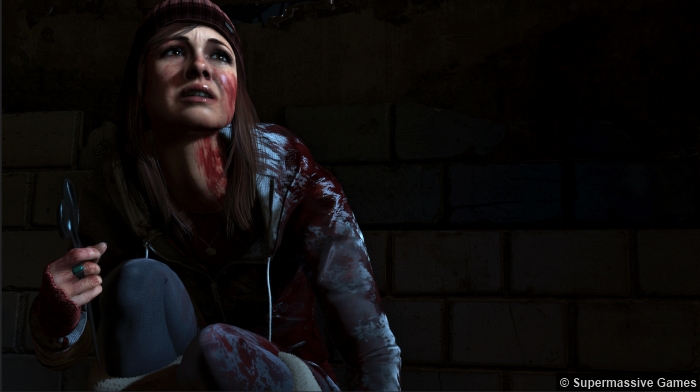 Once you die as one character, you restart the game as another character, and once again you’re struggling for survival. Make one wrong move and you can get yourself killed. The story is shaped by the choices you make, and it’s only after you play as all eight characters that you find out who survives this horror story. And it is possible for all the characters to survive and for all of them to die.

Another interesting component of the nature of player choice in the game are the difficult choices you have to make. Not only are you faced with choices that determine whether you live or die, you’re forced to make difficult ethical choices as well. An example includes the choice whether or not to sacrifice one character in order to save another. 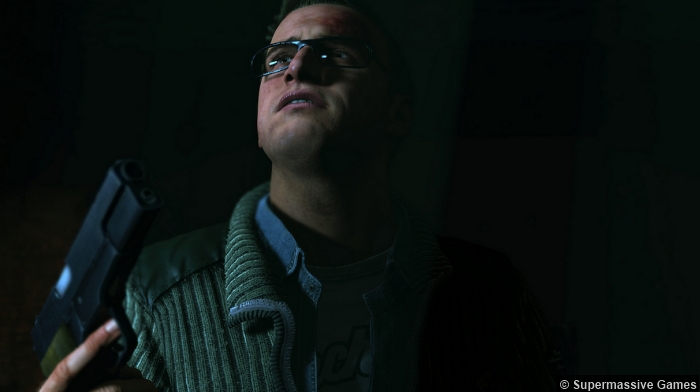 The killer in Until Dawn seems to enjoy taunting his victims before he kills them. In the E3 demo, you’re given the role of Sam, a character who is being watched by the killer, who is wearing a creepy clown mask, and she’s quickly alerted to the fact that she’s not alone. From here, you being to make choices as you walk through the cabin though your choice is limited. You eventually come upon a room where the killer reveals a video of Sam taking a bath. The killer’s voice comes over a speaker system, alluding to his intentions to kill her. If there’s one action in a horror movie that is most important, it is the action of running. And you’ll do a lot of that in Until Dawn. 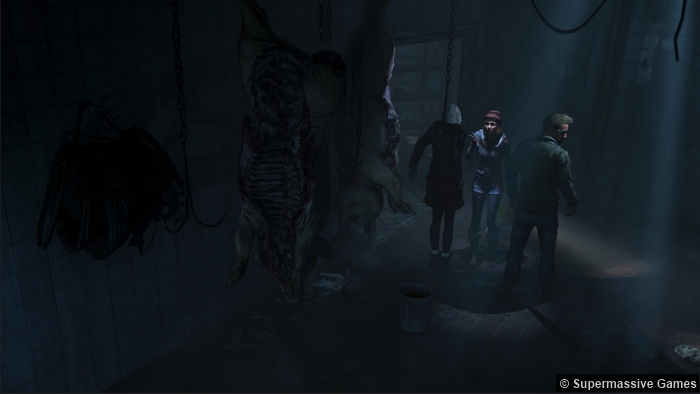 The Evolution of Video Games

Until Dawn certainly isn’t the first survival horror game and its storyline doesn’t appear to be that original, but the game’s approach is in line with the continuing evolution of the capabilities of video games. By giving players the opportunity to make real, though limited, choices in the midst of a horror movie, this game is sure to have players on the edge of their seats.

Until Dawn will be released exclusively for PlayStation 4 on August 25, 2015.