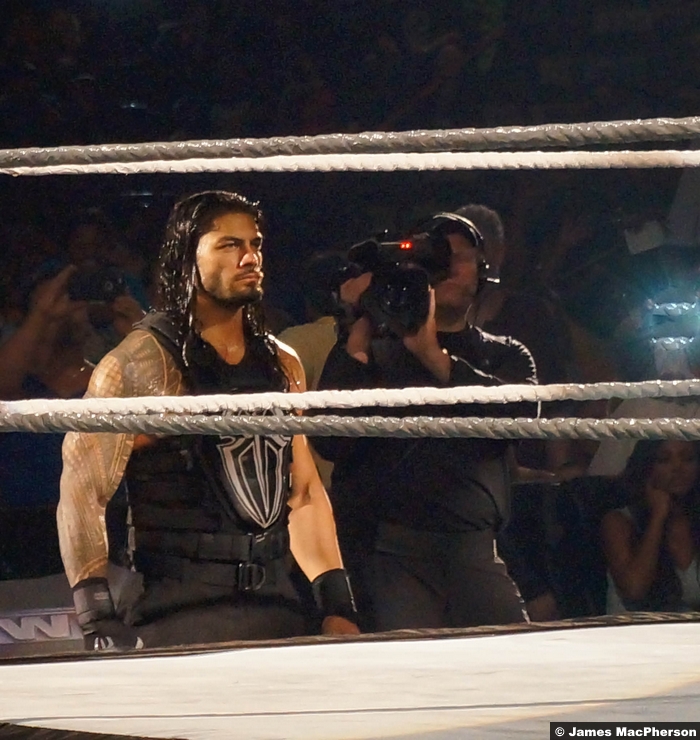 Driven to the Extreme.

One night after Payback, the 1197th edition of WWE Monday Night RAW came to you, live, from the Scottrade Center in St. Louis, MO. At Payback, WWE Chairman Mr. McMahon did the unthinkable when, faced with choosing between his son Shane and his daughter Stephanie as the one in control of RAW, the Chairman decided that Shane McMahon and Stephanie McMahon would run the show together! This decision would play a major part in the main event of the evening as Roman Reigns defended the WWE World Heavyweight Championship against AJ Styles. Early on in the title match, AJ Styles would launch himself to the outside with a Phenomenal Forearm that sent both him and Roman Reigns crashing through the announce table, which would lead to Styles winning the match by count-out. This was when Shane McMahon would come out and restart the match, this time with no count-outs. The title match would start again, but after an inadvertent low blow from the champion, Styles would win again, this time by disqualification. Stephanie McMahon would then come out, ordering the match be restarted again and, this time, there would be no disqualifications and no count-outs. With nothing to hold them back, Reigns and Styles went to war with Luke Gallows & Karl Anderson and The Usos getting involved in the wild title match, but in the end it was Roman Reigns pinning AJ Styles to survive as the WWE World Heavyweight Champion. Immediately after the match, Shane and Stephanie came to a consensus backstage that, in three weeks at Extreme Rules, AJ Styles will once again challenge Roman Reigns for the WWE World Heavyweight Championship, but this time it will be an Extreme Rules Match! Now, on their first night of running RAW together, can Shane and Stephanie get along for the good of RAW or will WWE’s #1 show devolve into chaos?