HBO’s Game of Thrones might be the undisputed king of cliffhangers. The last season’s finale generated some of the strongest numbers of viewers in the history of HBO, and with each year the fan base of the show seems to keep growing and growing. How does it do this? By creating interesting characters, fantastical action sequences and of course some of the most controversial cliffhangers. Season 5’s finale was especially gripping for its many shocking twists and plot developments. It left a trail of gasps and shouts for whoever watched, eagerly having the viewer await the forthcoming season which seemed like an eternity away.

Well now eternity is about to come to an end. In one month we will finally have the premiere date of season 6 that will hopefully answer some of the questions left burning in viewers’ minds since last year. With all the meaty cliffhangers dished out, HBO has their work cut out trying to address everything in one season. The writing in the show is especially notorious for bringing something completely out of left field, so it’s quite possible that a lot of questions won’t even be touched upon, but we can hope.

With that in mind here are 5 Things We Want to See in Game of Thrones Season 6. 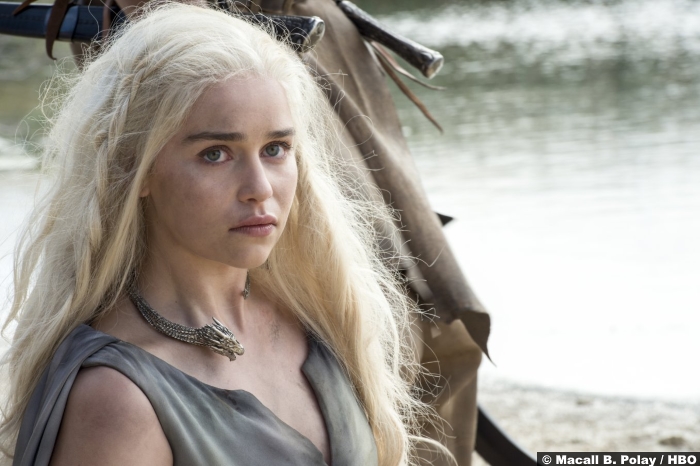 Ever since season 1 Daenerys Targaryen has been filled with the thought of returning to Westeros and finally claiming the Iron Throne for herself. Since that time she has become quite the formidable character controlling armies and ruling an entire city at her fingertips. Last season’s epic finale saw the Mother of Dragons captured by a group of Dothraki warriors who, let’s just say, looked less than friendly.

If Daenerys needs to make any real progress in Westeros then the time has come for her to cross the sea and finally start her climb to the Iron Throne. Based on her capture on last season’s end it’s doubtful that she’ll be making it anywhere near King’s Landing this season, but she should at least begin the journey to claim her birthright. Six seasons of waiting is long enough.

Bran is a Trained Warg 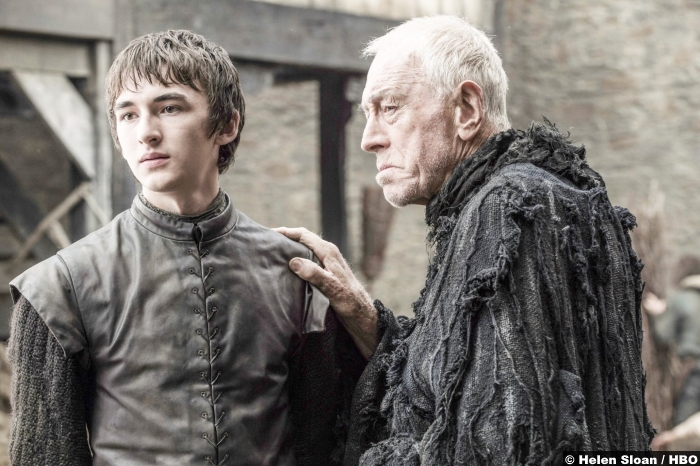 So mentioning that cliffhanger thing Game of Thrones is so good at, the young Bran Stark hasn’t been seen since season 4. His character, due to the writing department, wasn’t included in the last season. Fortunately the character will be returning based on the tantalizing footage from the season 6 trailer, which shows Bran face to face with the White Walker King. When we last saw Bran he had finally completed his journey to the Three-Eyed Raven, a mysterious creature whose motives and origin are pretty much shrouded in mystery. The secretive character did deliver one of the most important lines of the series thus far however when he told Bran that while he will never walk again, he will fly.

Bran is known to have warging abilities which means he can control and enter the minds of people and animals around him. The Three-Eyed Raven’s quote is especially meaningful as it’s led most to believe the young Stark will eventually control one of Daenerys’ dragons. This means he could potentially play a huge part when the White Walkers eventually start to lay waste across Westeros. Will Bran be a fully trained Warg at the season’s start? Maybe, maybe not, but it will be nice to see the character after so long. 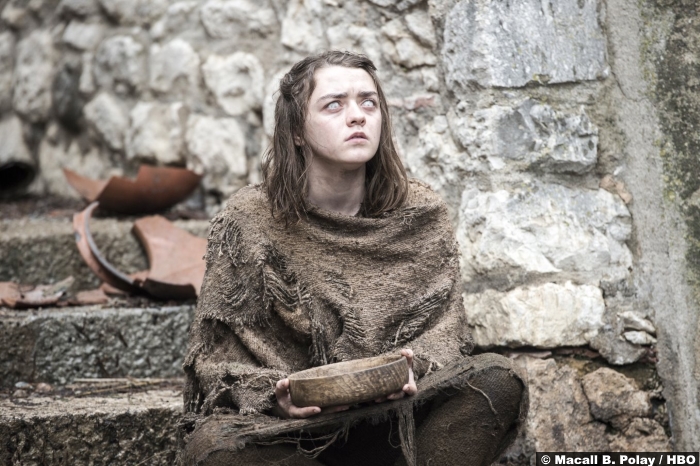 When we last saw Arya Stark she was slicing up one very bad man who had wronged her in the past. Very cool. It was nice to finally see Arya take somebody out using her newly refined skills as an assassin. The victory was short lived however as she went against orders and ignored the target her master wanted her to go after. Big mistake as Arya finds out the hard way that she shouldn’t go against the wishes of the Many-Faced-God. Arya is then seen freaking out as her eyes turn a milky white and proceeds to go blind. We should just stop expecting anything nice to happen to the Starks at this point.

It might not be all bad however. If the Many-Faced-God can take away her sight then odds are he’ll be able to restore it. It could also be a possibility that Arya remains blind for the remainder of the series given the writers cruel fascination with making the Stark family suffer as much as humanly possible. Either way viewers were intrigued with the thought of Arya training in the House of Black and White, but it wasn’t really developed last season. Hopefully this time it delves much more in her training with her either completing it or moving on by the season’s end. 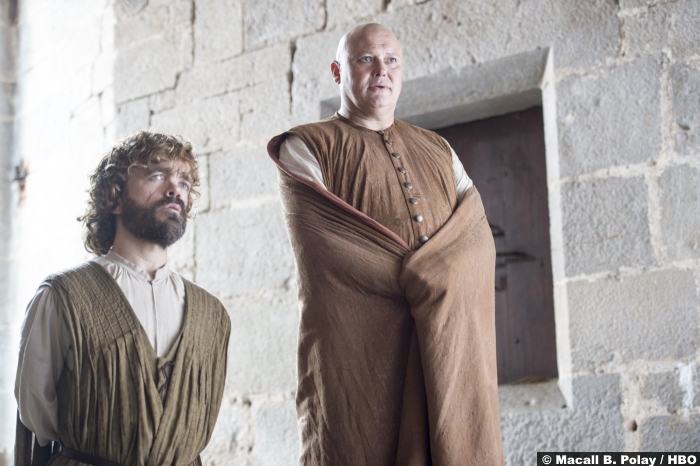 Everyone’s favorite character Tyrion was last seen placed in charge of controlling Meereen, one of the biggest cities in Slaver’s Bay. Former ruler Daenerys is captured by a band of Dothraki with Daario and Jorah off somewhere searching for her. This just leaves Tyrion Lannister with his trusty friend Varys to rule over the city which is pretty much on the brink of civil war. The whole reason why Daenerys was abducted was because of the attack that took place in the arena. The upper-class citizens are now ready to fight back against the slaves which will inevitably lead to largescale bloodshed. That’s bad news for ruler by default Tyrion.

The Lannister has proven that he has great leadership potential during his short stint as Hand of the King, before he was wrongfully accused of killing the King. In fact his potential impressed Varys so much that he was able to save him from certain death. Tyrion started last season in a bit of a rut, well deserved as he killed the woman he loved along with his father. The ending proved that the character was in a better place however, which means that maybe he’s ready to step up to the plate once more and rule.

The Return of Jon Snow 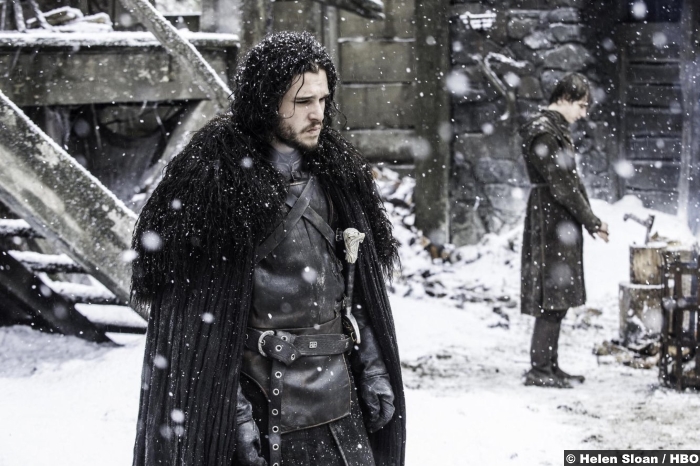 The scene that unavoidably broke the internet last season was the heart-wrenching demise of fan-favorite character Jon Snow.  The Head of the Night’s Watch was brutally betrayed by his brothers when he found an empty grave with the marker tagged “traitor.” The members of the watch then took turns stabbing Jon, Julius Caesar style, with Jon’s “Brutus” being his young ward which drove in the last and deepest cut. The final shot of season 5 was Jon presumably bleeding out staring up at the night sky.

Many were shocked and outraged that Game of Thrones killed off their favorite character. Or did they? Fans have speculated that Jon will be returning in some form or another at some point during the upcoming season. It’s possible that he could be resurrected using the powers of the Red Woman who has been known to resurrect others in the past. It is also convenient that she’s at the Night’s Watch just as this tragedy took place. With Jon officially “dying” and fulfilling his duty to the Watch, it allows the character to move on to deal with different issues. If the rumors and fan theories are true that Jon is half Targaryen, then he might have the best stake to claim for the Iron Throne. 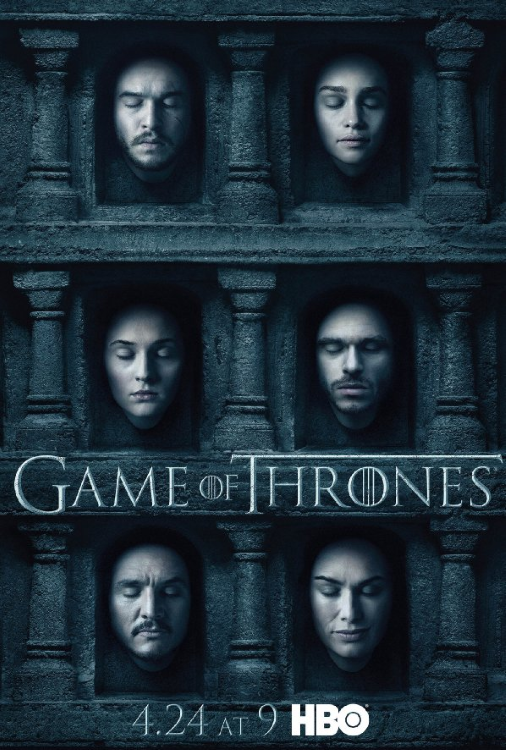 Season 6 is shaping up to be one of the most anticipated in the show’s history, so what does everybody else want to see play out in Game of Thrones? Discuss in the comments section below or in our forum.