You Should Be Watching: WGN

Up until a few years ago, WGN was probably best known as a supernetwork, one of those networks like TBS used to be that showed syndicated reruns, old movies, and the occasional sports broadcast. Maybe you vaguely knew it was based in Chicago. If you did, you also remembered it as the home of Bozo the Clown, and sorely wished you’d gotten the chance to crush it on the grand prize game. Or maybe that last part’s just me. Now however, having shed its former identity as a supernetwork, WGN is WGN America the regular network.

They still show reruns but like USA and FX, they’ve been building a stable of original programming. And they’ve made some interesting choices so far. Their programming skews toward the niche, without relying on procedurals or sitcoms of the Fat Guy and his Hot Wife variety. Instead, they’ve picked shows like the now sadly canceled Manhattan, which was about the scientists who labored to produce an atomic weapon during WWII. Making these kinds of choices is not only kind of brave for a huge corporation, but also smart. You can get a sitcom about a wacky family on any major network. Want to watch cops (or military cops) just trying to do the right thing? There are plenty of choices for that, too. But for this kind of specific storytelling, that one show’s going to be the only game in town. Let’s check them out. 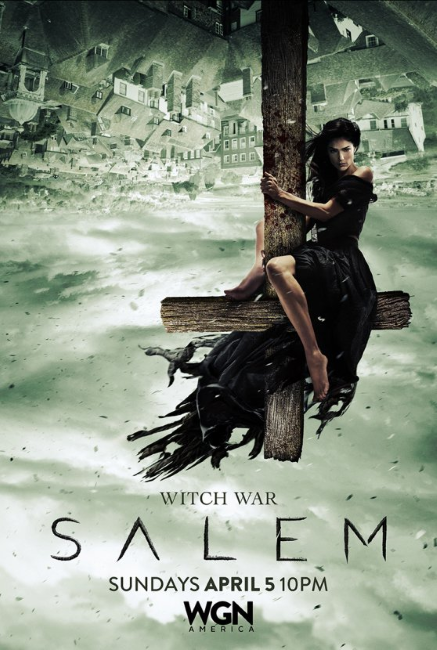 As you might be able to guess, it’s set in Salem during the witch panics. Because of its setting, the series is able to examine the power or rather, lack thereof, of women in Puritan colonial America. In a world where grown women are afforded little agency, even the right to speak for themselves, it’s not surprising that teenage girls are kept on a tight leash. (Literally, in the case of Mercy.) Ostensibly, this is for their own protection, but they’re not being protected–they’re feared. Again, see Mercy–when we first meet her, she holds enormous power without even speaking. Just by pointing her finger, she can damn someone as a witch. That had to be terrifying in the “What due process?” law of the colonies.

And once Mercy realizes that, her power grows. It’s the promise of that power that draws the women of Salem–Mary Sibley, Tituba, and Anne Hale–toward witchcraft. Anne makes this idea explicit when she tells her husband that to be a woman is to be filled with dreams and no way to achieve them. But she’s not just a woman, she also tells him–she’s a witch and she can make things happen. It’s the same reason Tituba came to witchcraft, for it pulled her out of slavery and the misery of her past. All of the women–and girls–may die on their feet, but to them, it’s a better choice than living on their knees. Unfortunately for their fellow colonists, you can’t make a witch without breaking some legs. Or some other more bonkers consequences: Yes, I am speaking of the episode where the teen witches replaced male genitalia with birds. Bet Sabrina never thought of that! 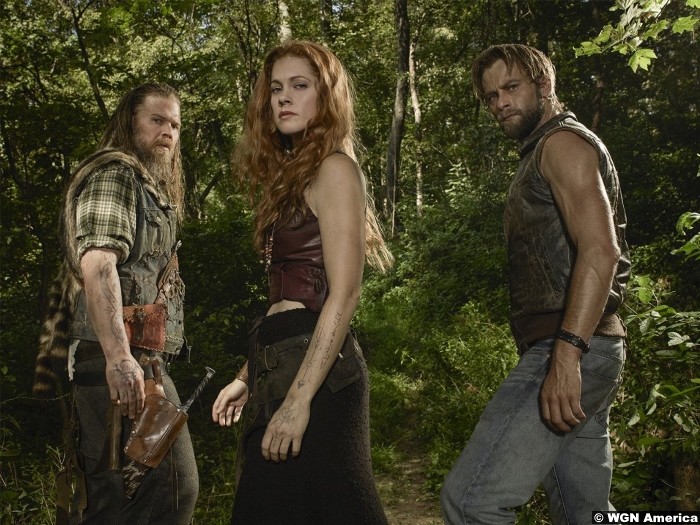 On the surface, WGN’s second newest program may remind you of the late, great Justified, as it takes place in Kentucky coal country. However, where Justified focused on Raylan Givens and whatever lunatic criminal was trying to take him on at the time, Outsiders centers on the regular townspeople (of the fictional Blackburg, KY) and the folks that live up the mountain. Specifically, the Farrells, an assemblage of people who may all be related or may have just lived on the mountain so long that it feels like it. The Farrells have reached near-mythic status in the town below the mountain, where the Blackburgians whisper about “Farrell wine,” the clan’s famous moonshine, and look away when the Farrells ride their 4-wheelers through the local medium box store, stealing supplies they can’t make on the mountain.

This uneasy balance could continue to exist for years if it weren’t for the approach of a coal company, which has plans for the Farrell mountain. Those plans include blowing off the top of the mountain so they can get to the coal-y goodness inside and not caring what the Farrells think about losing the only home their clan has known for over a century. As the Farrell clan is the very definition of a hornet’s nest–they fight to celebrate things–poking them is an exceedingly bad idea. But as the coal company’s expansion would mean new jobs in a stagnant part of coal country, the townsfolk now also start grumbling that someone should get the wild ones in line. That’s a job that would seem to fall upon the Deputy Sheriff, but thanks to a previous encounter with the Farrells, he’s too busy washing pills down with booze. That (over)reliance on prescription painkillers in rural areas is just one of the many topical issues Outsiders has been deftly weaving into the story so far. 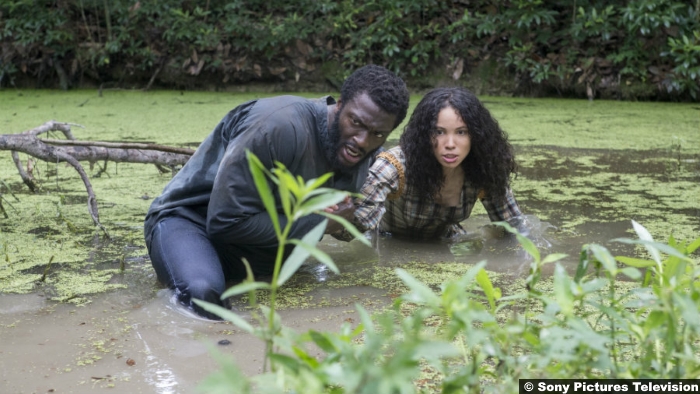 Underground is the brand-new baby of WGN’s stable, premiering this week. As with Salem and Manhattan, it’s set in the past, examining a difficult part of American history. Specifically, it’s about the Underground Railroad, and more specifically than that, it’s about a Georgia plantation where the slaves are planning an escape. Rather than making it straight historical narrative, though, the show feels more like a thriller or a heist movie. The first episode kicks off with Aldis Hodge’s Noah running through the woods to the anachronistic strains of Kanye West’s “Black Skinhead,” setting the pulse-raising modern tone. The show doesn’t use these contemporary influences to treat slavery with a light hand, though. In the first episode alone we see a whip-scarred back and slaves wearing those godawful iron punishment collars, not to mention a newborn’s unfortunate end. On the other hand, that’s not to say that the show wallows in misery. It shows you these things so that you’re reminded what the stakes are, because the slaves never get to forget. It will be interesting to see where the show goes from here, but it’s certain at this early point that we’re rooting for the team to break free.

Along with these series, there are some intriguing shows in development. William Friedkin is reportedly working on an adaptation of his film To Live and Die in L.A. and author Dennis Lehane is developing a series based on the later years of Eliot Ness. The network also announced this week that they had picked up Scalped, based on the DC comic crime story set on a fictional Oglala Lakota rez, and Roadside Picnic, set in a post-alien invasion world. Again, they make cool choices. If they continue to, you’ll have no choice but to watch. But you should start now.