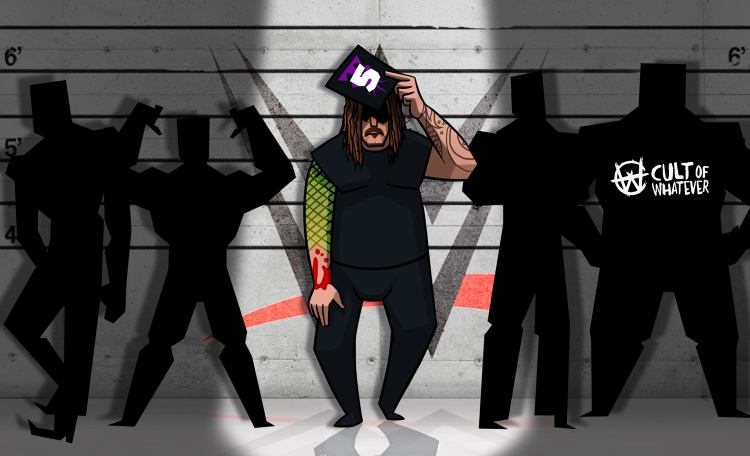 Sometimes championships need to be made defunct, due to lack of interest or just when there are no ideas on how to creatively continue with it.  Over the years WWE has bid adieu to numerous belts, such as the Hardcore Championship, the Cruiserweight Championship, the Women’s Championship, and even the World Heavyweight Championship. All belts have their sell-by-date, and none are safe from destruction. That was doubly the case for the European Championship, a belt that had so little going for it that is was ‘killed’ off twice in its lifetime. Whilst its 2002 death killed it stone dead, it probably wished it had died in 1999 before Mideon got his hands on it.

Mideon was previously part of that great tag team the Godwinns. You know, the Godwinns? The entertaining pairing of hog farmers that really captured the imaginations of wrestling crowds. Well, after that he began wrestling as Dennis Knight in a few meaningless matches before being abducted by the Undertaker and made a part of the Ministry of Darkness. He would become the soothsayer Mideon, the perennial fall-guy for the group. He never had the presence or ability of the Acolytes, the Brood or even Viscera, meaning as soon as the Ministry died out eventually he did too. But, not before he sullied the budding reputation of the European Championship.

Shane McMahon had won the championship after a victory over X-Pac, and when he became leader of the Corporate Ministry he had chosen to retire it. Mideon came across the belt in a duffel bag, and Shane awarded him the belt. There is little more embarrassment that a championship can endure than to be discarded and then claimed by any random person that finds it. It’s supposed to be a prize that wrestlers battle tooth and nail over, not a reward for sticking your nose in someone’s personal property.

Mideon would soon drop his fancy belt to D’Lo Brown, and the belt slowly returned to its status as the lower mid-card accolade. Mideon however gave even more reason to make the European Championship wish to disassociate itself with him. He would start coming to the ring adorned in only a fanny pack, boots and a thong, calling himself the inventive ‘Naked Mideon’. It makes you wonder the horrors that belt saw in the month that it was the property of the creepy competitor. That might make it the only championship that’s glad that it’s dead.

Conclusion – Naked Mideon with only the European Championship… blech! 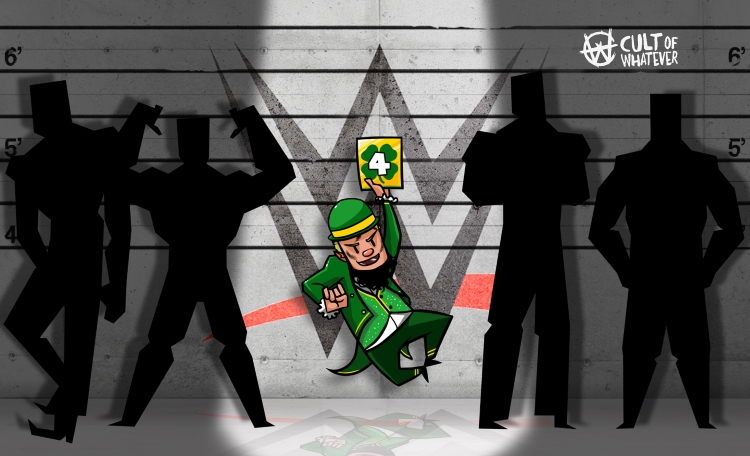 There is a sound that seems to echo through the creative department of WWE during a conundrum. A maniacal laughter when the same idea is put forward time after time in order to solve a problem. A storyline isn’t going the way they expected, or there doesn’t seem to be a correct means to end a longstanding saga. Then, somebody raises their hand, and softly says “Why don’t we add Hornswoggle to this?”. And, seemingly without any hesitation, Vince McMahon laughs hysterically and says “That’s hilarious! Let’s do it”. And that trope began with his distinction as the last Cruiserweight Champion.

The Cruiserweight Championship was one of the unique selling points of WCW, and when it was subsumed into WWE it initially provided a great deal of excitement. It gave smaller guys in the lower card the opportunity to express their unique abilities, with the likes of Jamie Noble, Tajiri and Rey Mysterio thriving in that environment. When the championship became exclusive to Smackdown, the blue brand became home for high-flying action.

But, at the 2007 Great American Bash, the legacy of a title that had been held by master technicians and explosive luchadores (as well as its fair share of women) would be forever stained by a dwarf who lived under the ring. In a Cruiserweight Open match, the 4’5, 142 lbs Hornswoggle would pin Noble to become champion. From one size extreme in the Great Khali, we reach the opposite end of the scale, where Finlay’s pet leprechaun took home his own piece of gold.

Not only is the indignity of having a dwarf as a champion bad enough for the Cruiserweight Championship, but the decision to make Hornswoggle the illegitimate son of Vince McMahon (in another stellar piece of booking) meant he was stripped of the championship. The title never returned, and so it has been left besmirched by having Hornswoggle as its final holder. He would also go on to also be revealed as the anonymous RAW General Manager! He is the professional wrestling equivalent of Chucky – he killed an entire division and hours of television time, and no matter the indifference of the audience, they keep carting him out for more. Oh, and he’s small.

Conclusion – We often root for the little guy, but Hornswoggle was a tiny step too far 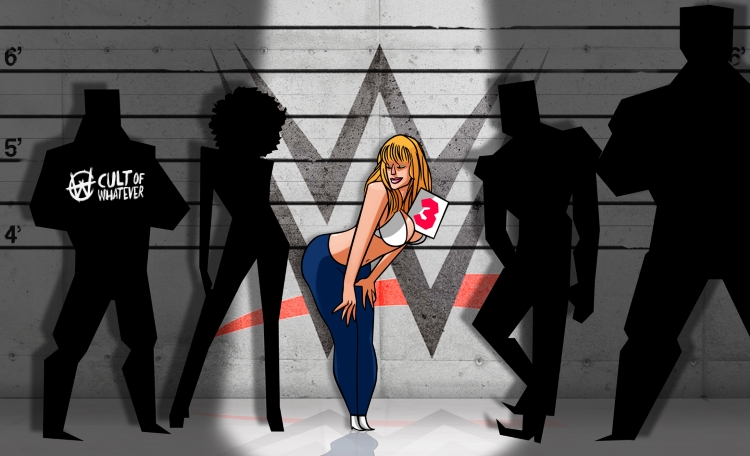 If there was ever a championship that just exuded unpredictability and surprise, it was the Hardcore Championship. It certainly wasn’t a pretty belt; it was a broken and smashed Winged WWF Championship which had been poorly pieced together with tape. It was dusty and poorly maintained and probably wouldn’t fetch two cents at a local flea market. It would have looked classier to have a championship that was simply a belt. But, its brilliance was that it represented a part of the Attitude Era better than anything else, where extreme violence was applauded and weapons abounded.

However, this title had the ignominy of carrying an astonishing number of embarrassing holders. For many, this was the only title possible to earn because it was defended 24/7, which led to a remarkable variety of unique victories in odd locations. It has been contested between Gerald Brisco and Pat Patterson in drag, it has been traded in seconds during hardcore battle royals, and Raven is a 27-time holder. It has also been briefly held by four women, including Trish Stratus and Molly Holly. But, one other diva stands head and shoulders over the rest as its most unbelievable champion, Terri Runnels.

This also isn’t a claim that a woman can’t be the hardcore champion. Some may argue the validity of the likes Patterson, Brisco and Stratus, but at least they were wrestlers. This is the same as Michael Cole, Jim Ross or Lilian Garcia holding the championship; likewise if Terri had ever won the Women’s Championship it would have been just as embarrassing as this. Luckily, the title reign was as short as her hemlines, as she was immediately rolled up by Stevie to reclaim the belt. But, for a brief moment the world turned on its head as Terri held gold in WWE, and won the same variety of titles as her former sex slave Meat in the process.

Conclusion – Terri was hardcore alright, but not in the way this title intended 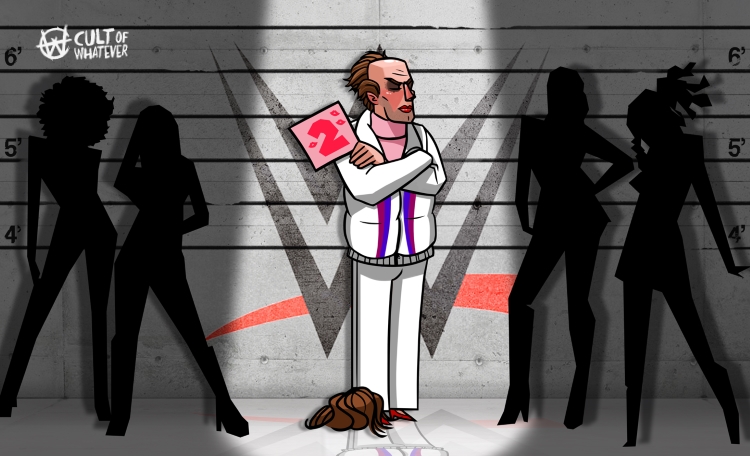 Women’s wrestling has been through its trials and tribulations over the years. Struggling in what is unquestionably a man’s world in professional wrestling, time and time again the ladies have battled to show that they are at least as tough as the men. The Fabulous Moolah, Alundra Blayze Lita, Trish Stratus and Victoria among others have carried the torch for female wrestlers everywhere by holding the Women’s Championship. They proved night in and night out that they were as tough as they were beautiful, and could take a hellacious beating. But, WWE has not always preserved the title for such athletes, handing the belt to the likes of Debra and the Kat.

The worst by far however, was not even a woman. Now, a woman has held the Hardcore title; a woman has held the Cruiserweight title; Chyna is even a former Intercontinental Champion. But, when WWE handed the belt to ‘Hervina’, it stuck a dagger into the prestige of that belt which it struggled to bring back. Hervina was in fact the ex-manager and referee Harvey Wippleman in a wig, and remembering that image sends a shudder down most people who are unfortunate enough to have witnessed it.

Frankly, Wippleman wasn’t much less credible than the Kat who he defeated for the belt, who famously let it all hang out in celebration of her victory. They competed in a ‘Snow Bunny’ match, in the period where gimmicks were being produced by random word generators and performed wearing only negligees. Wippleman was disguised as the unknown Hervina, and won when Jacqueline punched Kat outside the snow pool and he-she picked up the scraps.

Fortunately, Wippleman’s greasy paws only clasped the championship briefly, though the mark he left took a mixture of bleach and repression to wash away. He lost to Jacqueline in barely a minute the following Smackdown. Despite claiming to be the ideal Women’s Champion because he was ‘all-man’, that statement soon shriveled into nothing as he was humbled by the Texan, proving that he was an embarrassment of a champion no matter what gender he fought.

Conclusion – Wippleman was a man in a woman’s world, and ended up looking a right d*** 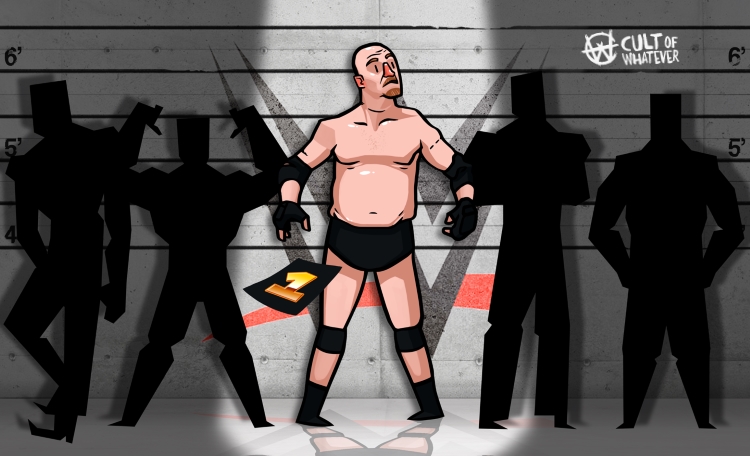 The Light Heavyweight Championship was like the ugly stepchild of WWE belts. It was never given much of a platform on the main shows, and likely saw more title changes on Heat than it did on PPV. Also, it was branded as the poor man’s version of the Cruiserweight Championship that was lighting up WCW, and thus not taken as seriously. But, it must be said that the creative team didn’t help the title’s cause when they placed it around the waist of Duane Gill, later to be known as Gillberg.

Duane Gill won the championship from Christian, a definite low-point for the Peepulation, whilst part of the Job Squad. But, when that gimmick fell flat on its face, he was repackaged as Gillberg, a mocking of the unbeaten run of Goldberg in WCW at the time. And don’t get me wrong, the parody was funny for at least a minute. But then everything went downhill from that moment, as the goal was for him to lose 173 consecutive matches to counteract Goldberg’s run. With ideas like that to take WCW down a peg, it seems fortunate for WWE that their competition were so good at shooting themselves in the foot.

As Gillberg, he only won one match on television against Goldust, and though he still entered the arena with the Light Heavyweight title around his waist, it was seldom mentioned and never defended, even at live events. In truth, the belt was such an afterthought that Gillberg was essentially released whilst still the champion. He stayed off TV for months on end, until the company realized their mistake and brought him back for one final defense against the debuting Essa Rios.

What is extremely unfortunate for the Light Heavyweight title is that it cannot escape its bond with Gillberg no matter how much it tries. Whilst the reigns of Nikki Bella and Orlando Jordan with their respective belts were short and forgettable, Gillberg has the honor of being the longest reigning Light Heavyweight Champion with a run of 15 months. This is also why this is the most embarrassing champion by far, because at least the previous members of this infamous collection had the grace to give it up quickly. Sadly, whilst with Gillberg, the belt was left constantly screaming “Who’s next?” only to never be met with an answer.

Conclusion – “Who’s Next?” – it can’t get any worse after Gillberg