David Finlay is a third-generation wrestler with both his granddad and father being wrestlers and his sister was even a referee in the squared circle. Growing up in Belfast, Northern Ireland, Finlay drank, ate and breathed professional wrestling.

From the old British wrestling on World of Sport, the 53-year-old went on to wrestle across Europe and Japan before getting his big break with WCW where he became Television champion.

Fit Finlay stayed with the WCW to the bitter end, but was one of the lucky ones to get a chance with WWE, where he started off training the Divas and current WWE Champion CM Punk. It was five years before he stepped foot inside a WWE ring where he held the United States title.

We caught up with Finlay to talk about getting into the business, working for WWE, his departure from the company and the fourth generation of the Finlay family.

Growing up in Belfast, Northern Ireland, how did you first get involved in wrestling?

Both my granddad and father were wrestlers and involved in the industry, so it was always something that I was going to get into and I was gently persuaded into it, but it’s been my passion and it’s all I’ve ever done.

I’ve been surrounded by wrestlers throughout my life, in the sixties I travelled with my dad to all the shows, then in the seventies, by hook or by crook I had my first match in 1974. 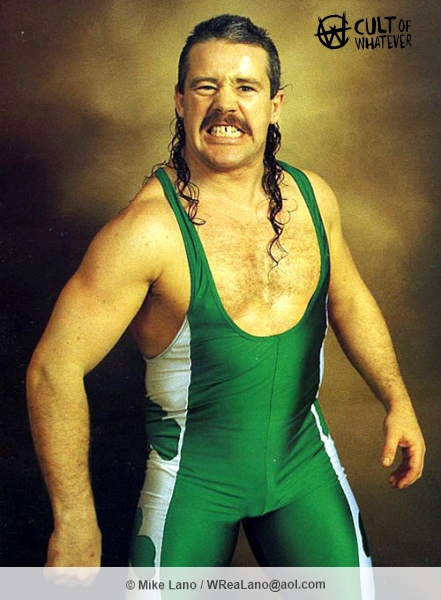 Who were some of the wrestlers that inspired you to get into the sport?

For me it was just a normal life to be around wrestlers, I always looked up to my grandfather and my dad. They were like superheroes, I’ve still got a great relationship with my dad, he’s a hell of a person and a great man, someone I looked up to and try to be like. Someone said to me in a bad way ‘you’re just like you dad’, but I take that has a compliment. He is the one that taught me everything I know about this sport.

How would you say the standard of the British wrestling scene has changed from when you first started and how would you compare a UK show to something at an Indy show in America?

Wrestling around the world has become a different animal now mainly because of the influence of WWE, they are the leader in the business today, but over in the states and even in the UK wrestling has become a weekend job. In the UK I have seen a lot of great wrestlers and promotions that are trying to establish and build what British wrestling used to be. 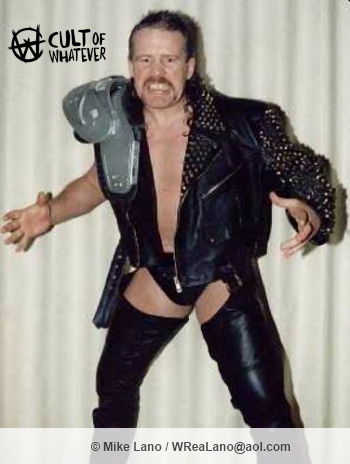 Before heading across to America you wrestled over in Japan, Germany and Austria, what did you learn from competing in those different countries?

I travelled the world on my own, I never went with a team, I would just go to these places by myself and I had the luck and fortune of never having to search for a job in wrestling. I always had promoters from other countries come to see me, trying to get me to go to their promotions in Austria, Japan, Germany and many other countries. It was a great honour to be able to go and perform in those countries, but I never changed my style.

You got your big break in America with WCW in 1995, what was it like when you made your debut with the company?

WCW had actually asked me to come over a couple of times, but I refused a number of times and really didn’t want to go to the US as I was busy in England and Europe plus going to Japan. I never really had any aspirations to get anywhere in the States but after the third or fourth time, I said OK and went over for a couple of months then went back over to Germany.

WCW then offered me more money, but for me, it was just another place to wrestle, of course, the money was good and the paychecks were larger, but it’s is more about the money for me, wrestling is what I love, I’m getting paid for my hobby.

I had some great times in WCW, but there were also some very frustrating times, but that’s life in general. I did win a couple of titles during my time there, and enjoyed some great matches and rivalries. To be with WCW was a great experience, and it’s another page in the book. Life has it’s ups and downs, and you just have to go with it, I was with the company to the bitter end, but luckily enough I was asked to go to WWE.

After WWE purchased WCW in 2001, for four years between 2001 – 2005 you worked as a trainer and helped train guys like current WWE Champion CM Punk as well as the Divas, what was that whole experience like?

That’s been my life really, I always try to pass on things in this job no matter how big or small and help other people improve. It is nice when people are willing to take that information on board and use it. It’s a great feeling when you put lots of time and effort into training people and then you get to see them getting better and start to achieve things for themselves. 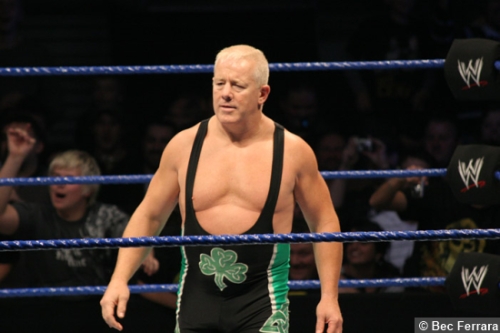 It’s been five years since you joined WWE, what was it like to finally make your television debut in 2006?

It was great to step back in the ring for a professional match. I was sat on the sidelines and getting itchy feet, then Vince McMahon and I came up with a story where I would get back in the ring and it was just as simple as that.

You again held a title in WWE, becoming the United States Champion, what were some of your highlights from your time in WWE?

There were a lot of great guys there and it was a great environment to be in. To say I have been in the ring with guys like; The Undertaker, Kane, and Rey Mysterio is amazing. Of course, winning the United States title was a great achievement, but just being in that WWE environment, there is no better place to be in the business.

Right now I know WWE is the best place to be and the only place to be right now. TNA are trying and they’re doing a great job but you need to have worked for WWE to know how great it is to be in that locker room. You can watch it from the outside on television and pick it apart,  knock it, and think you can do better but I’ve experienced for over ten years and it’s just an unbelievable place to

What did you think when you were released from WWE for authorizing The Miz to interrupt the American national anthem?

I absolutely think WWE made the right decision to let me go for what I did. I love the company and everybody that has had the pleasure of working there loves it and puts a lot of time into making it the great product it is. I brought a little bit of disgrace to the company and if I was on the board I would have made the decision to sack me as well. Is it what it is and I have to just back and suffer the consequences and that’s fine. I did what I did for a good reason but it wasn’t the right thing to do, and that’s the way the cookie crumbles.

Do you ever think the door will open for you to return to WWE or maybe even joining TNA?

I don’t have any thoughts of going to either of those companies right now. I’m enjoying spending more time with my family and I actually coach amateur wrestling at my son’s high school during the week. I’ve got a 10-year old girl, Alanna who is Georgia State champion, my younger son is nine and he’s a great wrestler as well. My 18-year old son is finishing school in May and he will be coming into this business as a fourth-generation wrestler and it will be great seeing him carry the flag for the Finlay family and Northern Ireland.

Having worked for both Eric Bischoff and Vince McMahon, how would you compare the two with regards to their similarities and differences?

I don’t think they are similar at all, I think they’re two different people, two different mindsets. As good as Eric is, I think Vince is bordering on being a genius. I’ve spent a lot of time around both of those guys, more around Vince, Eric to me didn’t come across as mixing well with other people in my opinion. Vince is approachable, he knows what he wants and he is also open to suggestions.

Vince Russo was recently fired by TNA and is someone you worked with during the latter years in WCW, what are your thoughts on Vince?

I don’t know a lot about Vince Russo, but what I do know about him I don’t like him at all.

What do you make of the current crop of British and Irish stars in both WWE and TNA?

I think it is great. I know Sheamus and Drew McIntyre quite well, and the one downside for me is that they are quite heavily influenced by the American style of wrestling and the American way of life which is quite easy to get caught up in. I think both Drew and Sheamus have tried to keep to their roots, they are both great guys and have learned a lot and picked up a lot quickly, I’ve spent a bit of time with both of them and they have been to my house. Hopefully they are able to keep a little of Britishness about them rather than getting influenced too much by the American way of life. 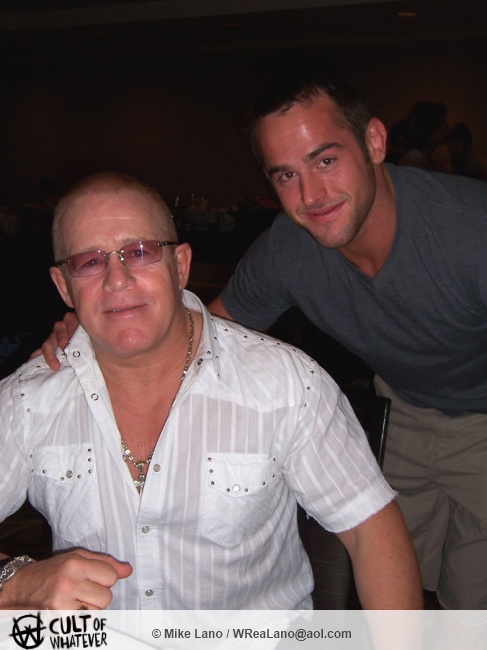 What more can we expect to see from Dave Finlay in 2012?

I’m going to do a few shows across the UK for a little bit, there was a company in Japan that Tajiri ran called SMASH and I was their Heavyweight champion for a few months. We are starting a new company in Japan with Tajiri and are just coming up with a name and are looking to start in May.

Finlay will also be appearing at Ring of Honor Border Wars on May 12th.