So 2013 has come and gone, and finally the winners of the Wrestling 101 WWE Awards have been announced. You have all had your say on 2013…and now it’s MY turn.

Because I feel like it was a pretty damn good year for WWE in the ring. Hence I wanted to do something special to document it. As a total nerd I always keep a list of the matches I see that are worth keeping a list of, so I figure this year I may as well do something with that list. With a year as chock-full of goodness like 2013, I wanted to highlight more than just a top 10.  So why not go all out? Top 100 it is!

The other reason I wanted to make such a huge list is simply, The Shield. “Shield matches are good, but they all run together..” is a fairly common expression. I don’t blame anyone who has that problem, but at the same time I feel it does them a disservice to dismiss their catalogue as all the same match. I went super literal on the notes for the Shield matches for this reason. If even one person reads this and thinks “Oh yeah, I remember that Shield match!” I’ll have done my job.

Naturally, this is all just one person’s perspective, and my tastes can be a little out there (read: suspect). I’ll be interested to hear what you think are any obvious omissions, surprising choices or bad rankings. So without further ado, my top 100 matches from WWE in 2013…

[All dates in brackets are airdates]

No don’t click away, bear with me! This is the most house show-y match on TV this year, I couldn’t not include it. The first half is easy fun based around hand stomping. The finish is an interesting subversion of traditional tag structure: Layla is in peril, but after a hot tag attempt is foiled she turns around, nails a kick and gets the win herself, no hot tag needed.

This came out of nowhere, what was on paper a routine squash turned out to be a neat little cat-and-mouse sprint. Gabes continually staves off the inevitable by throwing absolutely everything he can think of at Ryback, kitchen sink and all, and almost has him before he is finally caught and flattened. 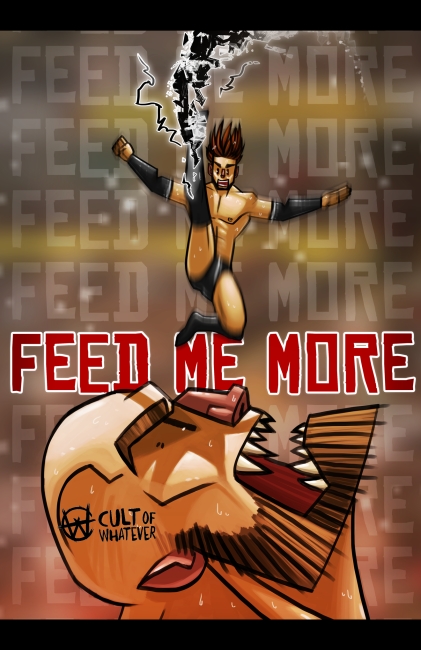 WWE.com put this on their own list for a reason. The Miz really lays his stuff in for once, and they work a super solid, well-built midcard title match. The post-Mania Raw crowd being solidly behind Barrett made it even more entertaining.

97. The Shield vs Rey Mysterio & The Usos (Tribute to the Troops)

This is The Shield match where: endless fun is had; Rey flies around and debuts the sliding splash on the floor; the Usos kick people and hit nutty dives; The Shield bumps around like madmen; everyone is happy. The very definition of a fun popcorn sprint.

These guys always work well together. Here Barrett tries his best to pulverize Bryan, while Bryan incorporates his signature spots into the cage environment to fight back. Capped off by Bryan hitting that HUGE powerbomb off the top.

This is The Shield match where: Punk’s strategy is to run them around, isolate them and out-smart them to negate the numbers advantage; Reigns misses a spear on the floor and crashes over the announce table resulting in an eye injury; Punk makes a big comeback and Reigns’ accidentally spears Ambrose to create the upset.

I love Santino, but even I admit he’s never been a guy to have great matches. Cesaro may actually be his best opponent in terms of match quality, as here they have another fun one based around Santino suffering through a never-ending GIANT SWIIIIIIIING.

This match was OK before Henry came in, and fine after he was eliminated, but it was pretty awesome the entire time in between. Henry coming in last and just completely wrecking everything in sight was amazing, he made everyone else look like little children.

92. Antonio Cesaro vs The Miz – US Championship (Elimination Chamber)

Another match on this show that was let down by its finish. But Holy hell, before the lame low blow this was a hell of a thing. Miz sold his injured arm like a million bucks and gave what was far and away his best performance as a babyface. And Cesaro was Cesaro. A miracle of a match.

The Usos are the funnest ever. This is classic C Show freedom, as these guys work a match based mostly around Cody Rhodes having a mustache, and it’s pretty rad. The heels are fun stooges, and the Usos are so great at working like a proper babyface tag team.

Considering this was a goofy themed gimmick match to blow off a cartoon feud – a match in which Sheamus eats a potato – this was actually a pretty brutal street fight with some super hard shots. Sheamus gets dropped onto the sticking-up legs of a chair, and they absolutely kill each other with kendo sticks. Sheamus can brawl with anyone.

The girls always shine brightest on C Shows where they get time and opportunities. Here these two had a nice little match, Natalya put in her best performance in a long time, and AJ was a great stooging heel bouncing off her. The finish is brutal with Natalya locking in the Sharpshooter and Tamina casually strolling in and KICKING HER HEAD OFF.

This is The Shield match where: Rollins & Goldust open with a cool face-off; Cody is in peril and hits a great moonsault as a hope spot; Bryan makes a ridiculous Bryan Hot Tag and the people go nuts; Hunter at ringside restarts the match after a DQ so that Orton can pop up from nowhere and hit an RKO.

These guys have super dooper chemistry with each other, and here they have a fun little truncated version of their 2012 matches. Everything looks good and they throw in a lot of cool stuff to keep it fresh, with a neat little finish. Sheamus was on a roll just before he went down with that injury. Thank God he’s back.

In much the same fashion, these guys had incredible matches in 2012, and this was the abridged version for 2013 TV. Show beats the crap out of Sheamus, Sheamus sells his ass off, and it works perfectly. Sheamus hits an epically huge White Noise, and then falls to an amazing KO Punch while on the top.

Out of absolutely nowhere we get Cody’s superlative babyface performance (up until that point) and the kickstart to the Rhodes family angle that dominated the next two months of TV. Cody put up a fight and got over enough to get “CO-DY RHODES!” chants from an initially indifferent crowd, and the finish was a real downer, in a good way.

Eve finally gets comeuppance for her GM/title reign of terror at the hands of Kaitlyn in her hometown. Kaitlyn looks really good on offense, Eve sells her desperation and the no DQ-countout stip really well, and the finish is incredibly creative and cool. Eve continues the tradition of girls becoming the best female worker in the company and then immediately leaving.

In front of a hardcore Brooklyn crowd that ate everything up, these two veterans went out and had a vintage balls-out workrate-fest, just for old times’ sake. They started going a little long, and just kept going until it got awesome again, with RVD’s insane somersault to the floor the best of a myriad of spots straight out of 2002. 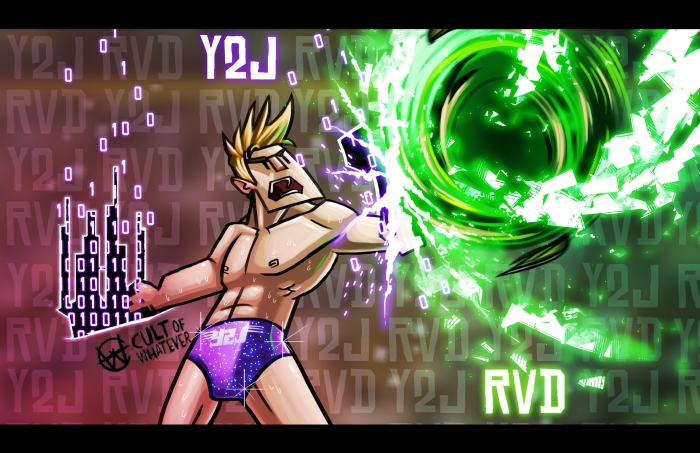 This is the match where Ryback trolled the crowd with Goldberg spots for the first and only time, but it was also a hell of a match. Kofi worked underneath and kept up the fire, Ryback made him work for everything he got, and they work a lot of cool counters into it. For a guy who is the supposed second worst wrestler in WWE, Ryback has quietly had a lot of good matches.

This is The Shield match where: they have their second great six-man in the space of four days; “C’mon Uso, you’re so far away!”; an Uso works a great extended hot tag tease, and then they go into a stupidly nutty finishing stretch that ends when Dolph gets ANNIHILATED by a brutal spear.

This is The Shield match where: Reigns got his main event showcase just as he was beginning to break out; Bryan works hard chopping the big guy down with leg kicks; Roman catches his tope and slams him into the barricade in a great spot; Rollins is positively MURDERED by a baseball slide into the announce table; post-match the babyface rebels storm the ring to save Bryan from the heels to kick that off.