Honestly I liked this as much as 2/3 Falls when I saw it live. Swagger is a warm body for most of this but this is a total Sami Show and he is exceptionally good here, hitting crazy spots, selling, and wrestling like his life depends on it as only he can. The finish is the kind that makes you want to kill people, in a good way.

This is The Shield match where: Orton hits maybe the most animated double draping DDT of his life; The Shield get super effective heat on Orton with nothing but stomping and a full nelson; Bryan tops his previous Bryan Hot Tag yet again, frankensteinering Rollins off the top onto Ambrose; Orton bumps into Bryan to lead to the finish and start their angle. And it was only Bryan’s first great match of the evening.

This is The Shield match where: Show chops the hell out of some bare Shield chests; “YOU GOTTA GRAB HIS BEARD!”; Cody gives his best performance in peril; then the Big Show convincingly plays Ricky Morton; Goldust runs absolutely wild on a hot tag before losing to the COOLEST rollup finish I have ever seen.

This match is all about the body part work. Swagger finds some genuinely creative ways to get at the leg here, like backdropping Alberto near the ropes so his leg catches on the way over, or tackling his leg as he comes off the top. And the finish pays off all the work they do wonderfully. This is the best Swagger has looked in a singles match since 2010.

In this match Goldust gives what is possibly the most epic in peril/drawn out hot tag sequence of all time. He was just unreal in this. Cesaro also got some shine in this before elimination, leading to a great final fall between the babyface teams. Cody and Rey go absolutely bonkers, including the part where Rey Mysterio catches him in mid air with a powerbomb. Tag team matches saved 2013 PPVs from disaster since Summerslam.

This is The Shield match where:  It Happened. Bryan’s momentum had been building for weeks and it all came to a head here. They work a typically good match at a fast clip, but this is all about the finish. One more Bryan Hot Tag, and then finally after six months of success, The Shield tastes their own medicine as the three faces isolate Rollins at the crucial moment and Daniel Bryan puts him down. An amazing cathartic moment.

33. The Shield vs Daniel Bryan & The Usos (Smackdown, 20th September)

This is The Shield match where: after having already worked five mini-matches in the earlier gauntlet, The Shield came out for another 15+ minutes of great work; the Usos were over as hell and the crowd ate up everything they did; there is a crazy dive train leading to the finish. The most underrated of all the Shield matches.

This is a great sprint with some cool Cesaro spots that jumps maybe 30 places above its proper station simply for how much I loved the finish. Kofi won titles in previous matches against Christian and The Miz by hitting the kick out of a sunset flip, and here he sees the opportunity to re-create the same situation for his benefit, and nails it. I absolutely, positively went through the roof.

This is The Shield match where: they learned to stop worrying and love the Wyatts. At the beginning of this makeshift match they do not get along. At all.  But as it goes on and they become threatened, they slowly recognise the need to work together, eventually running across the ring as one to stop a hot tag. Great storytelling. Bryan also made an insane Bryan Hot Tag that ended with him being powerbombed into oblivion. Good times.

This is pretty much the quintessential midcard world title match, and I mean that in the best possible way. They only went about 12 minutes, but they worked at a furious pace, packed a hell of a lot into it, and ended up crafting a great, hard-fought world title bout. Also, Christian sells the arm. You can never go wrong with that.

29. Rollins & Reigns vs The Usos – Tag Team Championship (Money in the Bank)

This is The Shield match where: An Uso takes a horrific, Paul-London-in-the-Rumble bump on the apron; they do the awesome ‘pull the guy off the apron’ revenge spot; Tower of Doom; the ref shrieks in terror and flees when he’s in the way of a Rollins tope and I laugh; an Uso sells everyone on a terrific superkick-splash nearfall;  he then eats the buckle bomb-spear combo and dies. A beautiful, classic tag team match.

This is The Shield match where: Sheamus & Reigns pick up where they left off at the PPV and go a clubberin’; Ryback survives the mid-Shellshock spear that felled him the previous night; Jericho is about to win, Sheamus fends off Reigns’ interference, but instead Rollins flies in with a knee on Jericho mid-Walls of Jericho; on their way out through the crowd Seth Rollins grabs a chair to defend himself against no one in particular. The greatest of all the little touches.

Somehow my dream match lived up to the hype. Henry did a super job setting the pace while Cena sold his ass off. I have this idea that as the match develops, you can see Cena get better and better as he fights back, while Henry starts off hot and slowly loses his grip the longer it goes, so there’s a tale of two wrestlers, and in the end it makes total sense why one guy wins the match and has the belt. Anyway, a great Cena vs monster heel title match.

In this one they turned the violence up to 11. Cesaro slaps him to spark a crazy, almost out-of-control brawl between two really nasty dudes, with vicious strikes mixed in with big spots like a fall-away slam into the barricade. The finish where Sheamus pounces with a flash Brogue Kick out of pure ANGER is one of my favourites of the year.

This is The Shield match where: Cena has an injured ankle, spends about two minutes max in this match and is easily the best worker in it by how well he sells the leg and emotes on the apron; Kane wants revenge for Taker and almost gets himself DQ’d (foreshadowing his elimination on 13/5); Cena makes a comeback but his bad ankle buckles under an FU and gets him speared. This is the best Shield match that had almost nothing whatsoever to do with The Shield.

The best non-Shield six-man tag of the year. Goldust is in peril. Everyone is great. Cena and Cesaro have their famous first interactions including a wicked uppercut. Cena also hits that spear on the floor out of nowhere during an extended finishing run that was all Cesaro and all awesome.

Because ladders are fun. I just love a good Money in the Bank match, they’re such good value. This particular one features Cesaro doing things and the great drama at the finish between Damien Sandow and Cody Rhodes that began Cody’s face turn.

Few Divas matches get this level of build, importance or respect. Thank God for NXT. A fitting tournament final to crown the first champion, as both girls go all out with some smooth work and build their version of an epic. My favourite moment was when Emma’s dancing allowed Paige to reverse the sunset flip. A match so good they spent seven months building the rematch.

When this match began, Alberto was a dead-in-the-water babyface after a failed turn. When it ended, Alberto was a babyface worker extraordinaire sending the crowd crazy for his title win. What a difference a match can make. This was an awesome, dramatic brawl with two guys being hit with everything, including a KO Punch that Alberto survived only incidentally by rolling out and onto his feet. Great match, great finish, and the start of a great run of work from Alberto. 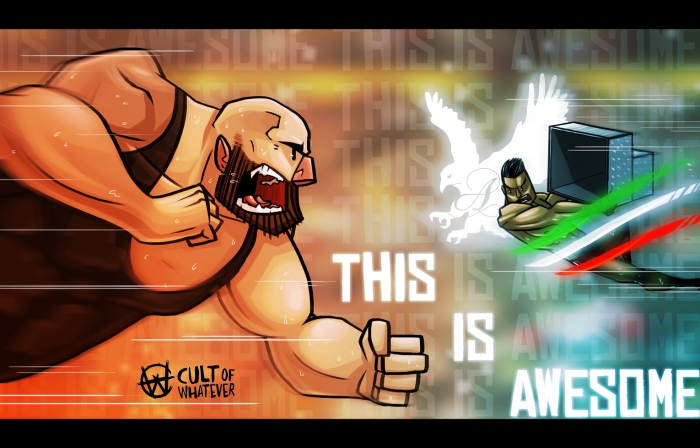 This is The Shield match where: Rollins mocks the Boom Boom clapping and walks right into Kofi rana’ing him from his back and starting the Bryan Hot Tag; Bryan gets cut off and worked over with the Shield taunting him mercilessly about being the “weak link”; Bryan and Kofi hit stereo criss-cross dives, before Rollins cuts off a chokeslam with a flying knee and Reigns hits the spear for the win. At the time this set the standard for Shield TV matches.