The Shield vs. the Wyatt Family: Did WWE Miss Out on a Wrestlemania Moment?

Elimination Chamber is usually one of the better WWE pay per views, and this year’s event didn’t disappoint. Well, unless you’re one of those whiny fans who complains about every show, storyline, and match yet continue to watch. In that case, there’s just no hope for you. The Chamber match was the main attraction, but it was one of the undercard bouts that stole the show.

The Wyatts vs. the Shield is the match I was personally most pumped for. I’ve been a Seth Rollins fan going back to his ROH days as Tyler Black, and pretty match latched onto the Shield as soon as they debuted as a trio. I caught a glimpse of Bray Wyatt in FCW and instantly took to the unique gimmick that reminded me of something straight out of a twisted horror flick. But more than gimmicks and promos, I love good in-ring action and luckily for everyone in my boat, these two white hot factions delivered. 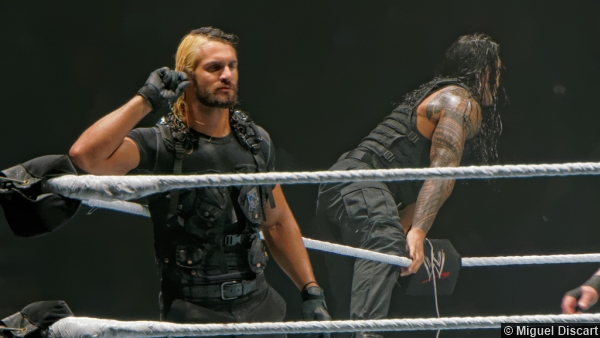 With the exception of Rollins, all participants in the match have been criticized for leaving something to be desired in the way of their wrestling abilities. That didn’t stop them from putting on an awesome performance! The Shield vs. the Wyatt Family had the crowd hooked from the very beginning, prompting them to chant “this is awesome” before the match even began. This one was able to live up to the hype by providing plenty of hot tags, double-teaming, underhanded tactics, and table action. IMO, the holy crap moment came when 300-plus pound Luke Harper hit a suicide dive out of the ring onto Dean Ambrose. It was crazy!

For the Wyatts, the match resulted in a much needed win for a squad that seemed to be losing steam after singlehandedly being decimated by Daniel Bryan. For the Shield, it was another blip in the road for a group that appears to the on the verge of a split. For the fans, it might be a terrible tease, a glimpse of a potentially epic feud that may be wrapping up far too quickly. I’m going on the record to say that I would’ve preferred to see this one culminate in a six-man match on the grandest stage of them all. Ambrose vs. Harper. Bray vs. Rollins. Bray and Harper vs. Rollins and Reigns. It would’ve been fairly easy to stretch things out on Raw and Smackdown, and serve up the main course at Mania.

We saw a continuation of the faction rivalry on Raw as Bray squared off against Roman Reigns. Even though it was a great outing, it’s already being overshadowed by the conclusion, which saw Dean Ambrose cost Reigns the match via disqualification. Based on the events that have transpired since the Royal Rumble, John Cena vs. Bray Wyatt seems like a lock for Wrestlemania 30. There’s still a chance that we’ll see a combination of the Shield face Harper and Rowan at the big event, but with Cena in the picture and dissension between Reigns and Ambrose escalating, it just wouldn’t be the same as what we now know would be a classic three-on- three battle. 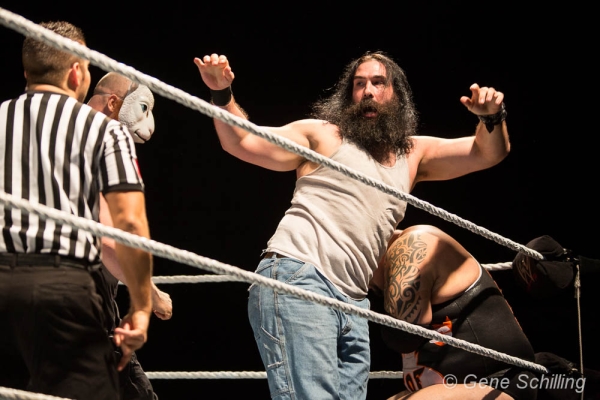 No one really knew if the Wyatt gimmick would flourish or flop, but from the moment WWE’s version of the Hewitt family arrived, the thought of an encounter against the Shield sounded incredibly appealing. Two sets of bad guys who would make the face-heel factor obsolete and force the fans to get behind superstars they technically aren’t supposed to cheer for. Two groups of young talent that lead me to believe the future of WWE could be in good hands. Many of us thought it would happen eventually, but now that the match has come and gone, seems as if we’re left with a bundle of what if’s.

WWE announced that an Elimination Chamber rematch pitting the Shield vs. the Wyatt Family will headline next week’s edition of Monday Night Raw in Chicago. This match adds much intrigue to an event that should be interesting enough based on the likelihood that hometown hero CM Punk won’t be in attendance. Although it suggests that this intense rivalry isn’t necessarily finished, it also leads me to believe that a Wrestlemania match is indeed out of the question. Sure, it’ll probably be a markout moment for the fans, but having the same match on Raw in between two major pay per views seems highly unlikely.

If you get a chance to do so, check out their match from the Elimination Chamber PPV. Right now it’s a leading candidate for Match of the Year.