I love these two with all my heart. They have incredible chemistry and you can always see how much fun they have working together. This was another fun little match highlighted by Nattie kipping up and EATING a kick to the face (the poor girl always gets killed on this show). I could watch them work all day.

Another 2012 Sheamus feud revisited. Dolph steps it up here as he not only looks good eating Sheamus offense, but really brings some mongrel to this and actually looks credible when he’s on top as well. The extended finishing stretch to this is great, and they really sell the length and the beatings they both take.

This is The Shield match where: RVD plugs right into the formula for some fun spots; Roman Reigns treats Dolph like a small child, picking him up and ragdolling him around at will; they end with the most INSAAAAAAAAANE extended finishing sequence of their whole run.

May was when Cesaro really started to pick it up a level. Here he gets a really game Randy Orton and they have a nice, well-earned, manly match. Orton rises to the occasion by busting out cool stuff like a brutal bump into the barricade and a damn Yakuza Kick, of all things. And Cesaro just lives to bust out cool stuff.

Speaking of cool stuff, Cesaro starts this match with a running dropkick to the face. This is the kind of man we’re dealing with here. This one got really good in the second half, where Cesaro does a 20+ rep Giant Swing, deadlifts Kofi into a suplex and re-creates the Sami balancing-act-into-uppercut-death spot. It’s always money when Cesaro treats Kofi as his personal broomstick. 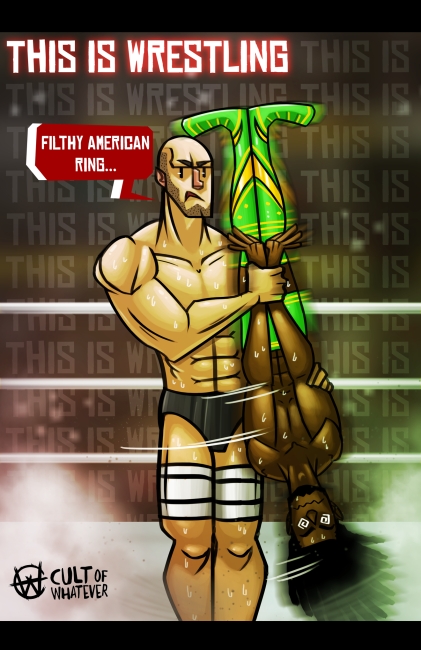 This is The Shield match where: Kane made his last stand. Taker was out. Bryan was out. He was the only one left, but he was certainly going down swinging, both during the match and after it once Ambrose got DQ’d in the clutch. He fought valiantly but eventually went down to a Reigns spear while he had the other two goozled – fittingly, the same way they got his brother.

A fun hoss vs hoss match, where the story of the first half was that Ryback could out-power John Cena, and the story of the second half was STUFF. Cena busted out a spear through the barricade and a balcony dive. Ryback picked up the arena and beat Cena with it, before driving him through the LED stage for the non-finish. LMS matches are always good value.

This is just a really crisp, really well worked TV match. Neville hits all his spots super cleanly, and Cesaro is a typically great base for him, and in turn kills him with his own bombs. Cesaro takes a disgusting head spike on a frankensteiner, and the way they get to the finish is pretty creative.

This is The Shield match where: Punk comes into the Shield universe for, believe it or not, the very first time; it ends with the Wyatt Family teleporting in and we get the awesome Shield/Wyatts confrontation and the big chaotic brawl that teased the 12 vs 12 Survivor Series match that never was, and the Shield/Wyatts match that thankfully we finally did get to see at Elimination Chamber.

The carryjob of the year. Bo was completely worthless at this point, and Cesaro dragged him kicking and screaming to this really good match by sheer force of will, pulling out inventive moves like a schoolboy through the ropes to keep it compelling as Regal is manly beyond his wildest expectations for him on commentary. A legit miracle.

If you like two big hosses stiffing the crap out of each other on WWE TV, this is your match. Sheamus sure likes to turn up the violence when he gets a chance, and Harper more than matches him and they have a really gritty, nasty fight. Harper just annihilates him with the discus clothesline.

A great tag team match, anchored as always by Goldust in Peril. Cody Rhodes was super intense in what was probably his best ever hot tag, and this match being better than their first encounter was all down to the improved contributions of Cody and Erick Rowan. Rowan looked borderline incompetent on his debut and has come on in leaps and bounds.

I came into this match with literally ZERO expectations. And yet somehow they turned out a hell of a match. This was really well worked on a physical level, with guys moving and positioning themselves in totally natural ways (which is amazing enough for these two – we’ve all seen that GIF of the failed dropkick counter). A great TV main event.

The vast majority of this is Bryan vs Harper, and it rules pretty hard. Both guys belt the crap out of each other with hard strikes, Bryan hits some wicked topes, and Harper brings the big bombs like the GIGANTIC powerbomb off the top. Rowan looked impressive in his part and Bryan bumped around for him really well, leading to the non-finish with Bray and the crazy closing angle of Bryan joining the Wyatts. 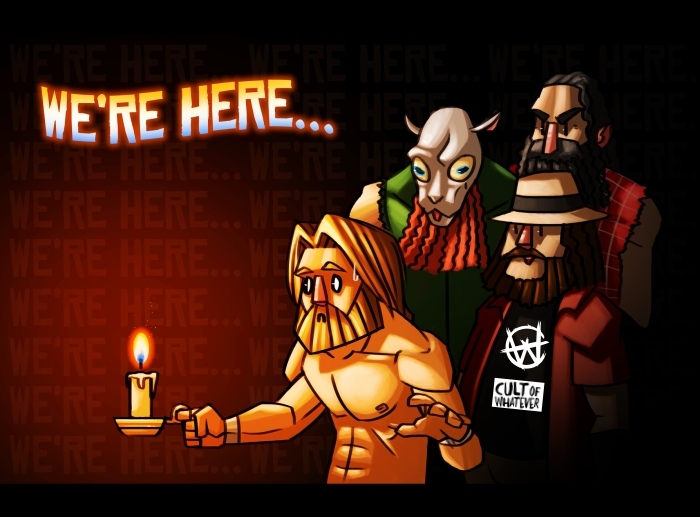 Not content with one great match in a night, Bryan comes out for the main event and strikes again. He uses the great indian deathlock-forearm smashes combo, crashes into the announce table like in his debut, and makes another epic Bryan Hot Tag without the tag. He also hit what is legitimately the biggest diving headbutt I have EVER seen – Ryback could have reached out and grabbed the bottom rope on the far side.

The start of the greatest comeback this side of Judy Garland. Goldust fights to give his brother the second chance that he screwed up for himself long ago. Beautiful stuff. Everything added to this, from the Goldust vignette to his pre-match promo to the match itself, with the crowd super into everything, Orton stalling like a douche and Goldust bein’ Goldust. 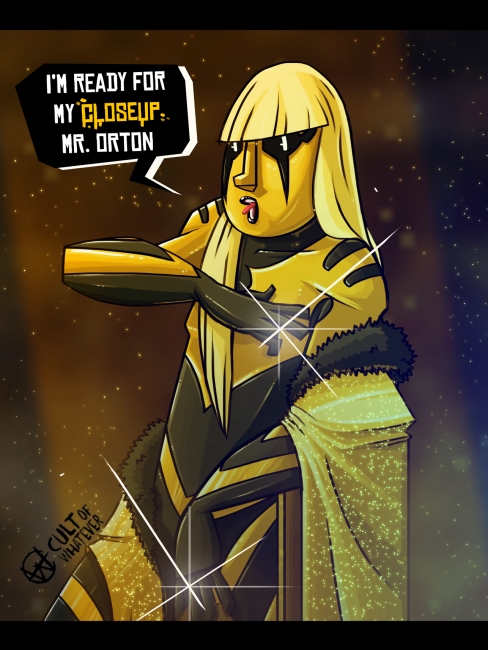 Sami had previously upset Cesaro on his debut night, so Cesaro – understandably angry – storms to the ring to basically try to kill Sami with uppercuts. The way these guys build on previous matches rules. At the finish Sami tries a rollup since it worked last time, but Cesaro kicks out and immediately locks in a lethal seated chinlock that knocks him out for the Neutralizer. These guys are so much fun.

This is The Shield match where: the babyfaces just rule the world; they play off Henry as a monster really well; Henry teases a running butt that sadly doesn’t materialise; they work the crowd into a frenzy for the hot tag; Rollins comes flying in with a curbstomp to steal the win. I was ready to pay to see this match at Summerslam, and it would have been worth it.

Yay for beating the hell out of each other! This was a very un-WWE display of strike trading and guys eating very, very heavy shots, but it also had a cool story with Harper taking over and the match becoming Ohno’s desperate struggle to stay alive despite taking a horrific beating. Ohno nails a wicked elbow at the death and Harper hits another gruesome spinning clothesline. Sadly this was Ohno’s last real stand in WWE.

This is The Shield match where: Sheamus and Reigns continue their rivalry; Orton throws the worst corner punches in recorded history; Reigns hits a Superman Punch from the floor through the ropes; there are THREE hot tags; on the last one Kofi hits a crossbody and somehow convinces me he’d be the first man to beat The Shield; he then immediately takes the best bump off the ropes ever and eats Ambrose’s finish.