AEW hosted its annual Full Gear PPV this past weekend. The event could not have come at a more needful time for the company, which had been reeling for what seems like most of the year with terribly-timed injuries, championship uncertainty, and an expected major main-event contributor self-immolating moments after re-winning the big one. Things had been unsteady between March and August and were downright self-destructive between September and this weekend.

Time will tell if the ship has been righted and if AEW is ready to regain momentum, but the PPV at least stopped the leaking. The show was the best event the company has put together since Full Gear 2021. New champions were crowned, new feuds were kicked off, and for the first time in a long time, Dynamite feels like a must-see show.

As for the big stories coming out of the event, there are three to note…

THE RETURN OF THE ELITE 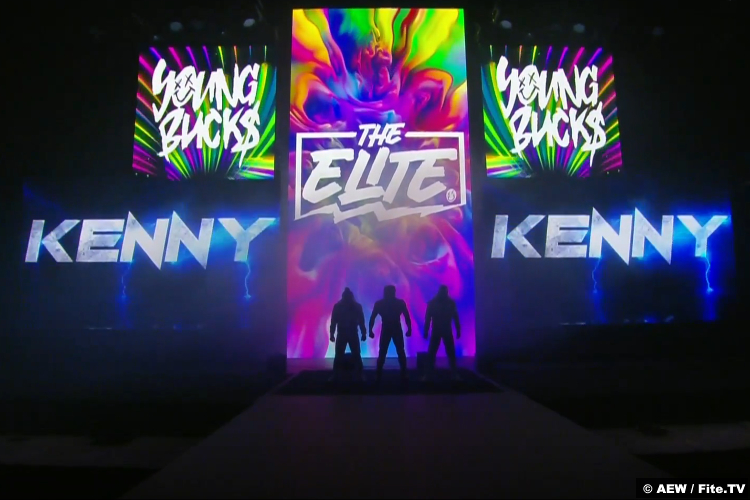 Kenny Omega and the Young Bucks have been off TV since All Out. The brawl with Punk after the show ended up being a one-sided affair with the primary instigators either fired or presumably sitting out the remainder of their contracts. The Elite returned to a backstage capacity a month ago and formally returned to in-ring action at the PPV, taking on the team that won the Trios Titles which they had to vacate amidst their suspension. Instead of hot-shotting the belt back to the original champs, Death Triangle scored the win and did so in a storyline-focused way, sowing seeds of inner strife between Pac and Rey Fenix. Hopefully, that storyline continues to evolve along the way, as these two teams will enter into a Best of Seven series for the next couple of months.

One would think that The Elite will win back the gold at the conclusion of the series, allowing Death Triangle to spin off into something new, likely between Pac and Fenix. That’s still several weeks away, but that’s good: AEW has had a bad track record lately of not telling stories on their shows. Too much of AEW programming has been “Pro Wrestling as a weekly sports program,” ala Monday Night Football. This has been a mistake, in my opinion. Pro Wrestling should not be Monday Night Football; it should be Friday Night Lights. You don’t have to go all the way with the “sports entertainment” that WWE did under Vince McMahon, with too many goofy characters and moronic skits and not enough quality matches, but matches that have stakes are a must, and the only way to give matches the audience can invest in is if they are tied to storylines that fans care about.

THE RISE OF TWO FUTURE MAIN-EVENTERS 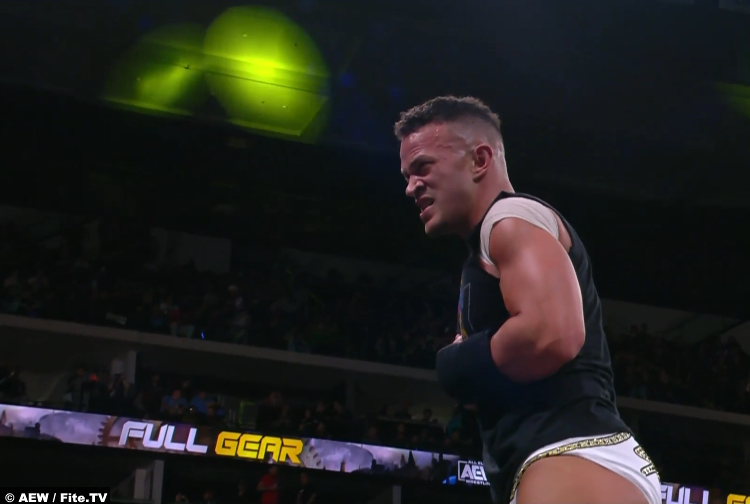 On the preshow, an injured Ricky Starks defeated Brian Cage to advance in the Eliminator Tournament, bringing him one step closer to earning a title shot against the World Champ. Ricky has superstar written all over him. He’s got charisma, presence, in-ring skills, and mic chops, he has proven he can work as a cocky heel and an underdog babyface. He’s also deceptively strong, despite not looking like a comic book character with muscles on top of muscles. His push to the upper echelon of the card is a long-time coming and while some might not be keen to see him rise to a title match and then lose, I think there’s great value in pushing someone up to that level, giving them (and fans) a taste, and then easing them back down for a bit, before pulling the trigger on a title run. In other words: I don’t think Starks will (or even should) win the world title next month, assuming he wins the tournament, but a year from now? Absolutely. To get there he needs to be featured in big, non-title feuds, slowly rising the ranks over the course of 2023. The booking trajectory of MJF needs to be the template. More on him in a sec. 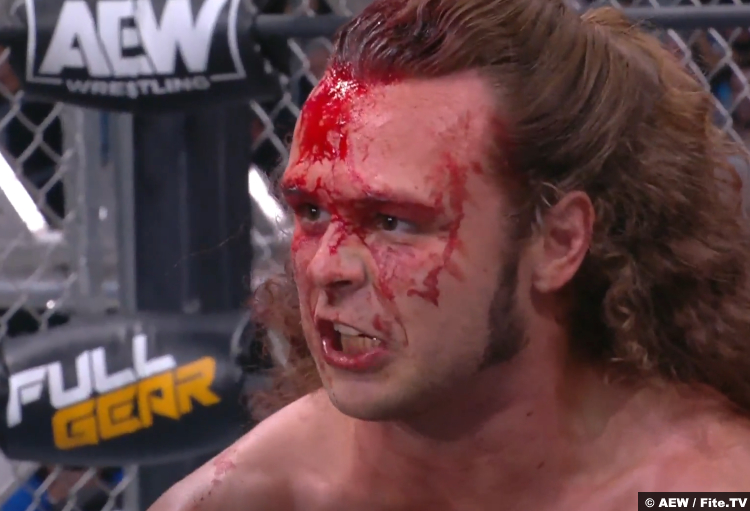 Jungle Boy is the other guy who seems like a future main-eventer. What he lacks in size he makes up for by having a tremendous connection with the fans and a smooth in-ring style. He will forever be a Rey Mysterio sort of underdog, but look at the longevity Rey Rey has had throughout his thirty-year career. That’s not a bad place to be. He defeated Luchasaurus in a cage match last night, ending the affair with maybe the most immaculate-looking elbow drop I’ve ever seen. It looked like he drove a dagger into his ex-partner’s heart. Here’s hoping Christian—the real final boss of this feud—is back and ready for action by the next PPV. Jungle Boy is ready to move on, hopefully to the TNT title scene. Beyond that, a short but fan-pleasing run with the world title is not out of the picture, though probably not until 2024 at the earliest. What Full Gear 2022 proved was that he was ready to run with the ball whenever it comes his way.

THE ROCKET OF MJF 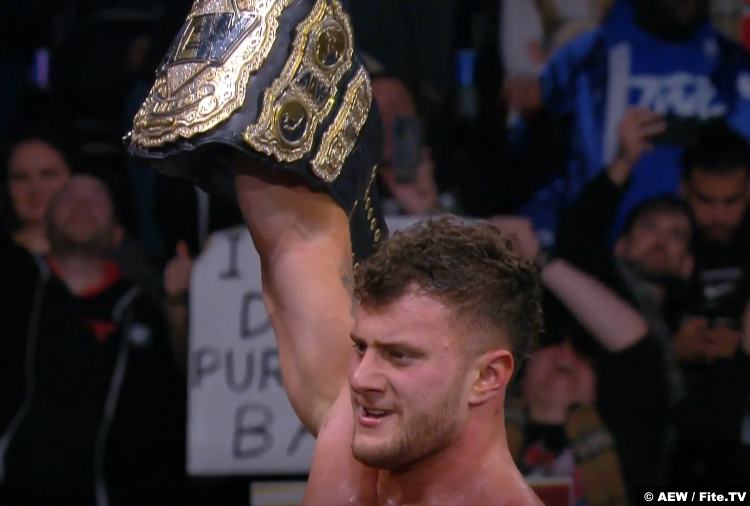 That is to say, the rocket that is now strapped to his back. MJF has always been treated like a big deal in AEW. He was on the company’s inaugural PPV, being one of the final two competitors in the Casino Battle Royale to determine the first world title challenger. There’s never been a time in AEW’s existence that he wasn’t featured in some important feud, whether it be with Cody, Jericho, Punk, Wardlow, or recently with Moxley. Throughout his time, however, he’s always seemed like a Roddy Piper: Someone talented enough and over enough to win the world title, but who might always be the guy the champ faces instead of the man himself.

MJF’s talent eventually became undeniable and, after his walkout ended at the end of All Out (the circumstances of which, regarding how much was legit and how much was a storyline, we’ll never know), there was no question in anyone’s mind that he was the next world champ and should probably get the gold as soon the next PPV. Then everything blew up, Punk got suspended, Moxley won the title, and AEW’s TV ratings flatlined. All through this, the one thing that felt like a guarantee was MJF. The one thing fans seemed to agree needed to happen was MJF winning the big one. The company needed him now.

Despite having a bevy of tremendous talent on the roster, he is the one guy that seems to hook everyone that watches. Despite being under six feet tall, he is the one guy that seems larger than life. He is the breath of fresh air, a shock to the system, unpredictable element that a pro wrestling company needs to spark a ratings increase. No longer does MJF need the AEW title…

Now we’ve got him. We’ll see what the future holds. One thing’s for sure, Full Gear has reset the board. Whether or not the ratings immediately bounce back will be known shortly. I think eventually the moves made on this show will result in the company regaining lost momentum and will lead to a much better 2023 than 2022 was for Tony Khan and company. Here’s hoping.

10/10 – Full Gear was an excellent show, with barely any negatives to highlight, none of which were enough to drag down the overall feelings coming out of the event. This was the PPV AEW desperately needed. Now it’s up to them to keep the ball rolling.