AEW All Out Fall Out: All the CM Punk drama that’s fit to print!

MJF, Punk and all of AEW Dynamite will be in Buffalo, NY this coming Wednesday. It’s not exactly MJF’s hometown, but it is more his region than Chicago. It’s not out of the realm of possibility that MJF is cheered like Stone Cold in 98 and Punk is showered with a litany of “Colt-Ca-ba-na, clap-clap-clapclapclap” chants. Why would people chant that at CM Punk? Well…

So here we are. 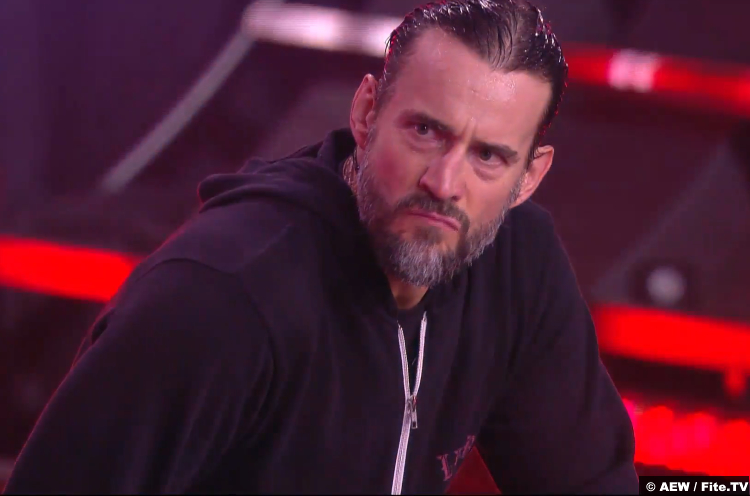 Punk regained the AEW world title and then, after the show, sat down to talk with the media for AEW’s regular post-PPV “media scrum.” The first thing out of his mouth, before a question was even asked, was in regards to whether or not the person called on to ask the first question was friends with Scott Colton (Colt Cabana). What followed was a multi-minute tirade from the new champion, as he unloaded on the EVPs of the company (Young Bucks, in particular), calling them children who spread rumors online and get in other people’s (his) business. He also attacked Hangman Page, with whom he feuded for the title back in May, during which Page declared he was wrestling to save AEW from the likes of Punk. Page is close with the members of the Dark Order (Cabana included) so the tension between them was bound to become an issue.

After the scrum…a scrum happened.

Here’s the timeline as I know it: 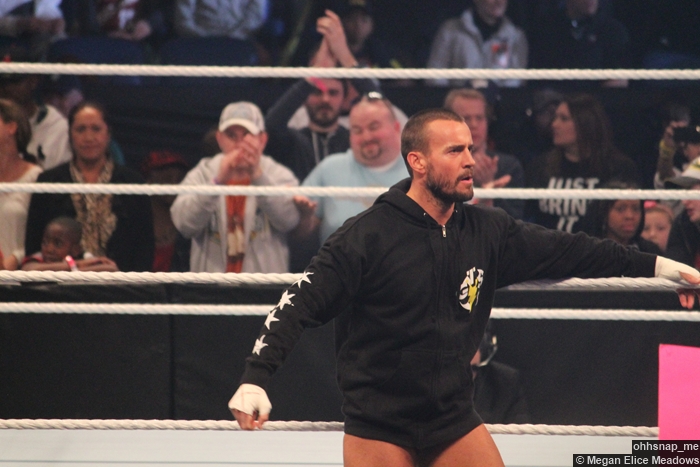 Punk walked out on WWE back in 2014 in the run-up to WrestleMania 30. This we all know very well. He soon went on a podcast hosted by his then-friend Colt Cabana. On that podcast he made some disparaging remarks about WWE’s in-house doctor. The doctor sued Punk and Cabana. Cabana’s lawyer (also Punk’s) eventually dropped him from representation. Cabana has a tenth of the money Punk has and asked for help paying the bills. Apparently, an agreement was reached, but here’s where the story diverges depending on who you believe…

Either way, at some point, Cabana sued Punk for 200k in legal fees plus another million in punitive damages.

Now, whether he sued because Punk never helped or because he didn’t help enough, etc, I don’t know, but at that point, the gloves were off and here we are. All of this is a decade old at this point, by the way. After that, Cabana continued working small time and Punk basically left the wrestling spotlight altogether. AEW eventually started up and Cabana joined, instantly hitting it off with the locker room and becoming a mentor to a lot of the younger guys. Later, Punk returned and immediately Cabana disappeared from AEW TV. He was no longer featured in Dark Order matches. He slowly disappeared from BTE’s youtube sketches.

Naturally, people talk, wonder, question, etc, as you’d expect. One persistent rumor to explain it all was that Punk insisted that Tony fire Colt but that Tony instead compromised by moving him to ROH. This rumor was said to have been started by The Elite (Bucks, Page, Omega, or some combination of the group). To be clear, they haven’t actually said anything in their defense, but others have denied it on their behalf.

That’s the timeline, but it doesn’t take into account the fact that Punk is an insecure, bitter, primadonna who has never met a friend he wasn’t prepared to drop like a hot potato and loudly hate for the rest of his life at the slightest insult. Nor does it take into account the history of the Elite to be passive-aggressive on Twitter and through other social media channels (and online dirtsheets) to complain about people or things they don’t like.

Long story short: Tony signed Punk and Brian Danielson almost back to back a year ago. If you ask me, he should have just signed Danielson and given him Punk’s “face of the company” push.

But we’re past that now.

What I do know is, if it comes down to sides being taken and ultimatums being acted upon, my stance is this: Punk is the more expendable commodity vs the Elite if worse comes to worst. I also greatly suspect Tony Khan is too much of a fanboy to make the hard choices here. People are going to have to resolve this themselves and Punk doesn’t have the personality to do that. He never has. I loved the guy a decade ago but even then I knew he had the temperament of a petulant child and has no concept of “forgive and forget” when he feels wronged. 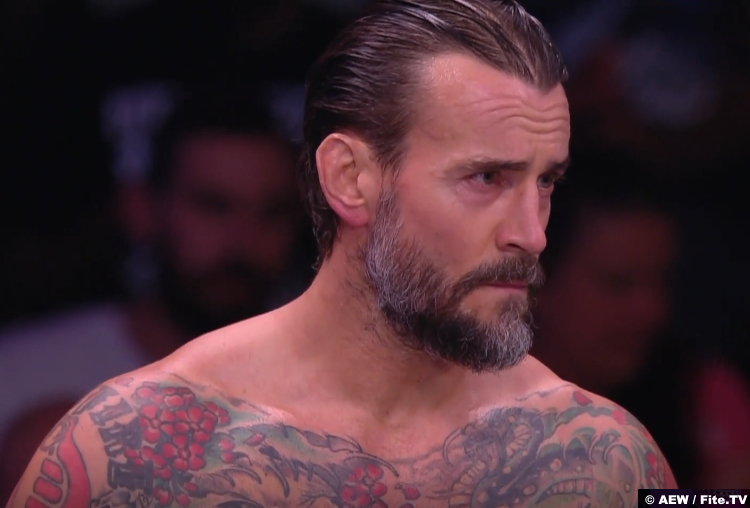 I think there is a lot of blame to go around, and I think multiple things can be true all at once:

It’s also worth pointing out that a big part of AEW’s appeal to potential wrestlers has been that their locker room was a favorable work environment vs the stresses and politics of WWE’s. Now Punk has thrown a grenade in that narrative at the exact moment WWE is in the middle of completely turning their work environment into a positive one under new management. Punk couldn’t have picked a worse time to go off on the Elite.

While writing this article, a new report just dropped…

According to multiple sources that lined up with some of Fightful’s reporting, there was a fight backstage afterward with Punk allegedly starting things by swinging fists at the Bucks’ Matt Jackson. Punk trainer/friend and AEW producer Steel (part of the storyline that got Punk into Sunday’s Jon Moxley match) threw a chair that hit the Bucks’ Nick Jackson in the eye. Steel (Chris Guy) allegedly bit Omega and grabbed his hair.

Is that true? Who knows. If it’s not then someone recently watched the fight scene in Anchorman, because that sort of cartoonish insanity is exactly what that sounds like. If it’s true then you have to AT LEAST fire Steel and probably at least suspend Punk. If you can get him to do the job to MJF in three weeks at Grand Slam and then suspend him, that’s all the better. Three weeks is a long way away, though. So, as I said at the beginning:

MJF, Punk and all of AEW Dynamite will be in Buffalo, NY this coming Wednesday. It’s not exactly MJF’s hometown, but it is more his region than Chicago. It’s not out of the realm of possibility that MJF is cheered like Stone Cold in 98 and Punk is showered with a litany of “Colt-Ca-ba-na, clap-clap-clapclapclap” chants.

Dynamite this Wednesday is going to be a must-see for all the wrong reasons.

Tony Khan needs to get his house under control, asap.