Last month we started a mini-series of articles looking at comic book heroes/teams with the best rogues galleries. If you’re not familiar with the term, a rogues gallery is basically the litany of villains that a hero contends with regularly. While it’s not uncommon for superheroes to encounter and spar with someone else’s baddie (Batman has tussled with Lex Luthor before, and DareDevil and Spider-Man share a loathing of Kingpin), everybody has a list that is theirs.

Everyone has favorites too, but these are mine.

Previously, we looked at Superman, the most well-known superhero of them all, yet one whose rogues have not been explored as much as the other DC superstar. Now we turn our attention to Marvel, and one of comics’ best-selling brands… 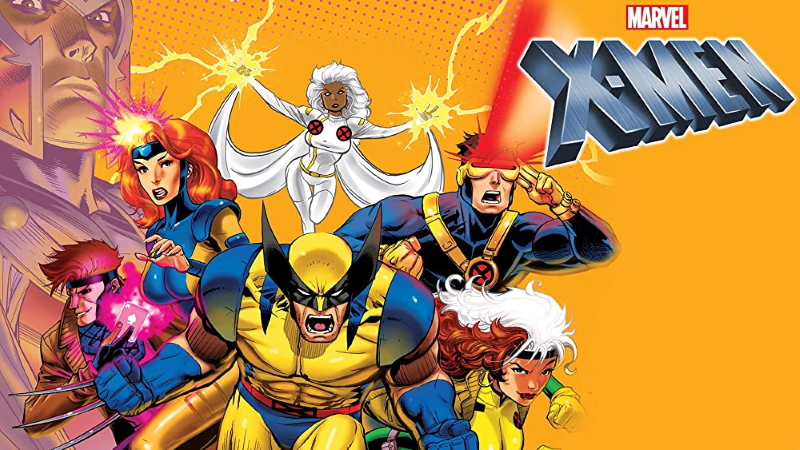 Thanks in large part to the Fox Kids animated series, whose art style and storylines were based on the legendary Chris Claremont run of comics, the X-Men brand has grown to become one of the most well-known in comics and was part of the first wave of big-budget Marvel movies to hit the screen (along with Spider-Man). Several X-Men films have been made, featuring (for better or worse) some of the team’s cast of tremendous foes. What the movies didn’t show, odds are the animated series did.

Here are the five best villains of the X-Men… 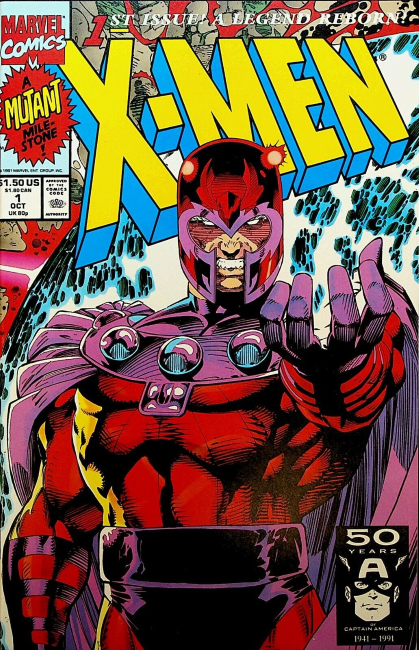 Starting with the villain everyone knows, Magneto is easily one of Marvel’s most tragic and relatable bad guys. Whenever you can present a villain whose origins make you sympathize with him, it gives the writer the freedom to do all kinds of horrendous things with him, because it gives his actions a twinge of poignancy. The difference between Charles Xavier and Eric Lensherr is the difference between someone born with a silver spoon in his mouth and someone born in a literal Nazi concentration camp. Put Professor X in Auschwitz and Magneto in New England boarding schools and see if things don’t turn out just the same with the roles reversed. Lensherr experienced firsthand just how barbaric and inhumane humans can be based on the belief that one race was superior to another. It makes his desire to impose mutant dominance over non-mutants, not just hypocritical but also terribly heartbreaking. He’s a sad, deeply scarred man. We don’t excuse his evil, but we understand it. That’s what makes him a tremendous villain. 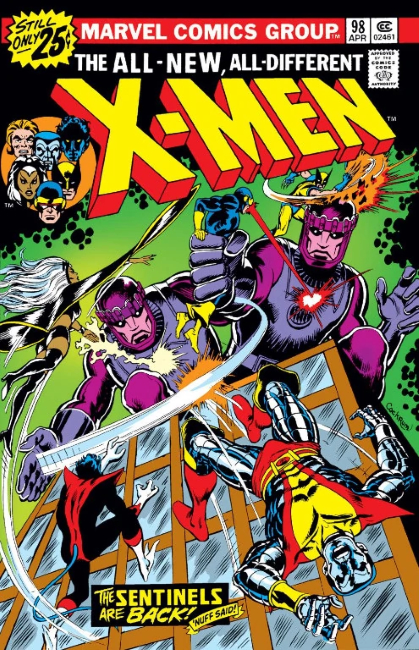 Here’s the thing about Sentinels: It’s not what they are that makes them so compelling, but what they represent. On paper, they’re just giant robots. They look imposing but, usually, they’re paper tigers. They’re easily dispatched tin cans to give our heroes the chance to quip while they take down a baddie. And while there have been variants with some personality, pizazz, and threat to them (Master Mold, Nimrod, to name two) it’s really more about why the Sentinels exist in the first place that makes them such great villains. Sentinels aren’t evil mutants. They’re not super-powered bad guys. They don’t (usually) have dreams of world domination. They’re just mindless machines designed to hunt down mutants. That makes them one-dimensional. The extra dimensions come from the fact that people made them with that explicit purpose. Sentinels represent the one true and ultimate bad guy in all X-Men stories: Relentless prejudice. Those giant machines do not quit hunting until they are killed, and they represent the same kind of stubborn bigotry that many non-mutants have. 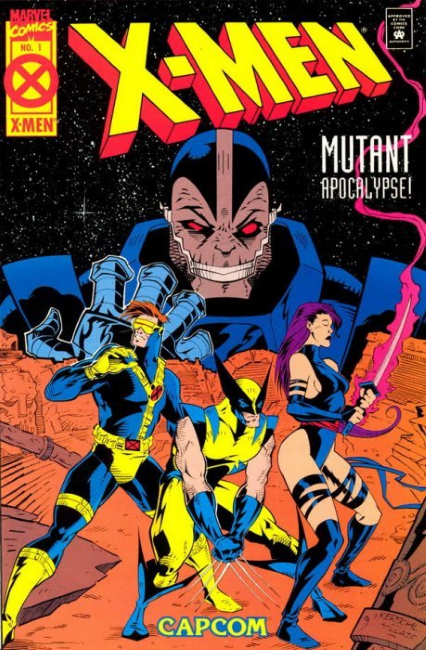 Try and forget the version depicted in the X-Men movie that bears his name. In the comics and, to a slightly lesser extent, the animated series, Apocalypse is easily one of the biggest, baddest villains in all of Marvel. He’s a Thanos-level power, a Galactus-level danger, with all the depth in his backstory that all the greatest comic book villains have. Canonically, he’s one of (if not the) oldest mutants in human history and used his immense power to portray himself as a deity to still-developing civilizations over the centuries. He has Xavier’s intellect, Magneto’s drive, the strength of ten Sentinels, and the svengali-like charisma of some real-world monsters like Mussolini, Hitler, and Napoleon. In a way, that’s the best analogue for Apocalypse. He’s the comic book version of a Mussolini, if the Italian fascist was a nigh-immortal Egyptian mutant with supernatural powers. He’s a wonderful character to explore. It’s a shame we haven’t yet seen that exploration happen in a proper film. 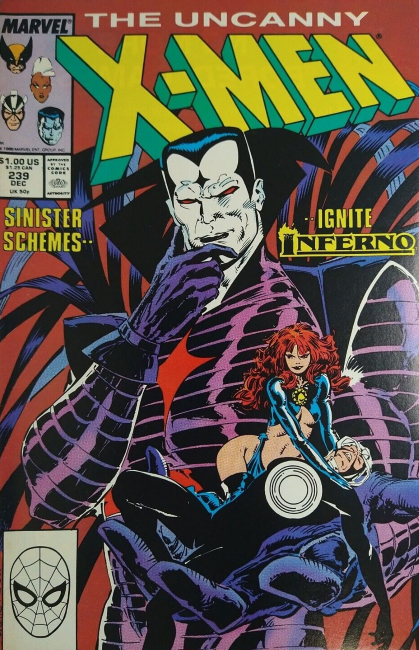 The best villains have characteristics and/or origins that naturally spring from the heroes themselves. Magneto is the philosophical opposite of Xavier, for example. That’s not a coincidence; that’s a logical direction to take a villain. Mr. Sinister, on the other hand, is a philosophical cousin to Magneto. By that I mean, they both share a detest for the mundanity of humanity, but where Magneto wants to rid the world of the lesser race, Sinister wants to transform the world into mutants. His methods are as barbaric as his personal notions are insane. He’s a natural foil to the X-Men, but philosophically he’s a fascinating villain, forcing our heroes—mutants—to fight someone who wants to make more mutants. To fight him is, in a way, to fight oneself. Sinister has only been easter-egged in X-Men movies, but he was a big player in the animated series and, hopefully, will get his time to shine whenever the heroes are reintroduced in the MCU.

Stryker, the character, was only quasi-adapted in the excellent X2: X-Men United film. Many of his ambitions and goals were the same but the role of the character was changed. In the movie, Stryker was a Colonel in the US Military, planning a mutant genocide by hijacking the power of Cerebro. In the comic books, however, Stryker was more of a commoner. He was a joe blow religious nut/conspiracy theorist who came to see mutants as the ultimate doom of humanity. His crusades eventually led him to become a popular televangelist, pushing his anti-mutant sermons across the airwaves. Stryker became the leader of a huge movement/mob, one which nearly executed Kitty Pride on live TV. Stryker has no super powers. He’s not a mutant. He doesn’t have the power and influence that comes with fame and fortune. He’s just a guy who learned how to co-opt the fears and ignorance of the masses into a tool to serve his twisted ends. That makes him not only one of the X-Men’s most dangerous foes, but also one of the comic books’ most timely and relevant villains.

That’s my list, though of course many more names were left off that could have been added: There was no Dark Phoenix, no Juggernaut, and no Sabertooth. These are the five that, in my opinion, best represent the depth of the X-Men comics. They’re the reason why the X-Men have one of the best rogues galleries in all of comicdom.

Next month, we’ll look at another Marvel team and its amazing collection of villains.