So I was sitting here thinking about Spider-Man, specifically how recent decisions both by Sony and Disney/Marvel,  have gutted the web-slinger’s rogue’s gallery for the foreseeable future. First, there was the decision by Sony to try and build their cinematic universe featuring a litany of Spider-Man villains and side characters. So far we’ve gotten Venom and Morbius. Kraven the Hunter and Madame Web are on the way. And then there’s Disney/Marvel, who are in charge of the storytelling decisions with the Tom Holland movies. Already we’ve seen Vulture and Mysterio and had teases for a proper appearance by Scorpion and Shocker (Shocker!!!) but before No Way Home, there were many other great villains that we had not yet seen in the MCU. Chief among them were Norman Osborn/Green Goblin, Doc Ock, Lizard, Sandman, Electro, and Rhino.

And then No Way Home was released and essentially took five of those six right off the board.

Yes, technically, we can always get a 616-Universe version of all those guys. The ones we saw in No Way Home were from the Toby/Andrew universes. But the thrill is gone now that we’ve seen Tom Holland go up against them. If we get a Lizard in the next movie it’ll feel like a retread. The best villains left to see are probably Kingpin, Venom, and Kraven. Two of those three are around in one form or another, and the third is slated to be in his solo movie, detached from the 616 universe of films.

It just seems, to me, like the thing that makes Spider-Man such a great comic book hero—his incredible roster of adversaries—is all but exhausted, and we’ve still got at least another trilogy of Tom Holland movies to get through.

I say all that to say this: It’s pretty amazing to zoom out and look at all the live-action villains Spider-Man has gone up against. You realize just how deep the bench is. There aren’t many superheroes in comic books that have that many high-quality bad guys that are compelling enough to be used in a feature film. That raises the question, which we will consider in a mini-series of articles…

WHAT ARE THE BEST ROGUES GALLERIES IN COMICS? 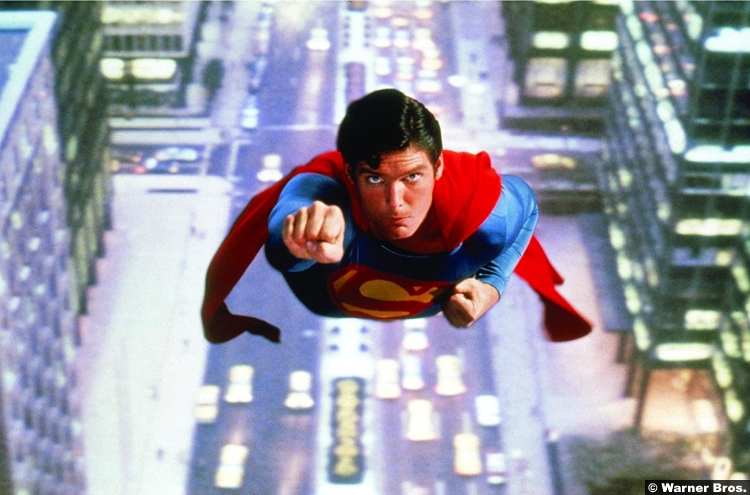 Rounding out the top five is the big man himself. Superman‘s gallery of rogues is not as well known as other heroes due to the lack of focus on them whenever he’s been featured in big media endeavors. The Fleischer short films that helped to solidify the hero as “the” superhero of his day relied more on original creations like mad scientists, killer robots, and arctic giants. It’s all great stuff, but it’s not the same kind of villain the hero would regularly face in comics. In the 1980s movies, Superman fought Lex Luthor, General Zod, and Nuclear Man, while the Snyder movies brought back Zod and Luthor and tossed out a version of Doomsday. Most casual fans are familiar with those big baddies, but there are plenty more to enjoy, including Metallo, Mongol, and Mr. Mxyzptlk. Those three missed the ranking, however. 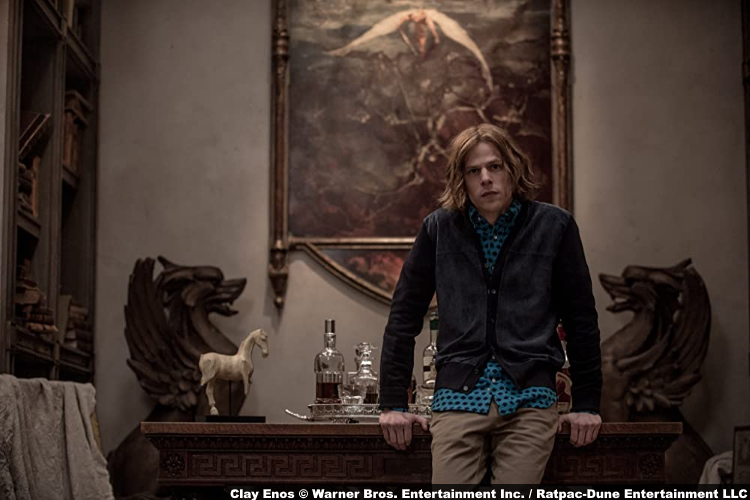 LEX LUTHOR – The big one everyone knows. Lex has been portrayed as an evil scientist, a billionaire Wall Street exec, a real estate coveting criminal mastermind, and even the President of the United States, all with world domination on his mind. In whatever form he appears, his disdain for Superman is his best attribute. The fact that Lex is, at the end of the day, just a mere mortal, works in his favor. His hatred of Superman comes from a combination of envy, xenophobia, and fear. Whether he’s donning a kryptonite-powered mech suit or dressed in business attire with a kryptonite ring on his finger, Superman knows no more dangerous foe than the ambitious man who will stop at nothing to get him out of the way. 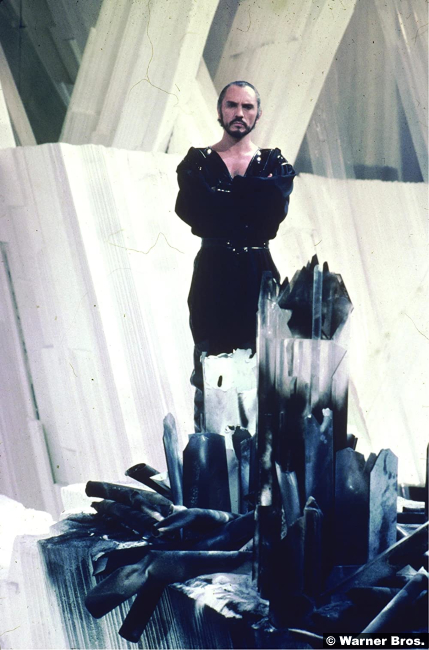 GENERAL ZOD – The second-most featured villain in live-action formats and with good reason. Zod is, in many ways, the ultimate villain for a superhero. It’s almost a cliche how often comic book movies rely on the “villain is evil version of hero” trope but there’s a reason they do. Zod shows us the dark “what could have been” when it comes to Superman. He’s from Krypton. He possesses super strength, speed, and abilities, but he lacks the “humanity” that Clark Kent developed being raised under humble circumstances. Kal-El is an orphan. Zod is an outcast. Kal-El was nobility. Zod was a criminal. Superman has come to help. The General has come to enslave. The fact that they share so much in common, yet are so different due to a dozen little things, makes their relationship so fascinating to explore, and makes Zod one of Superman’s greatest villains, bar none. 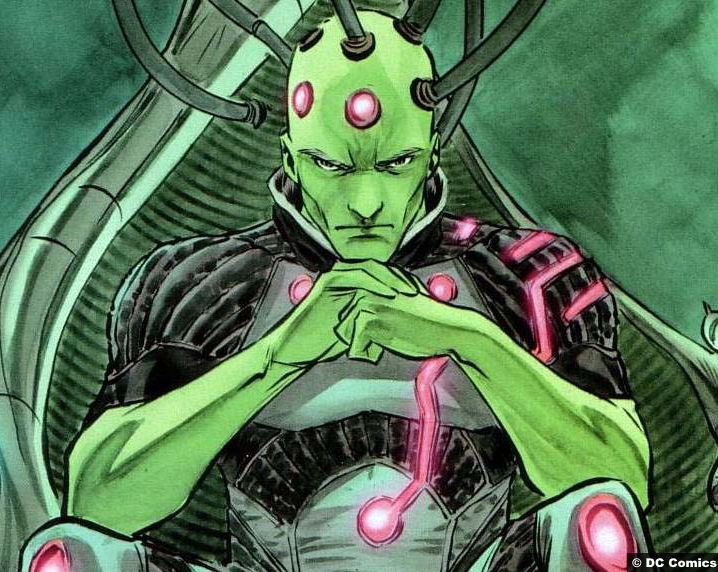 BRAINIAC – Probably Superman’s most underrated villain. Brainiac, like Lex, has seen his origin story reshaped and retold many times over the decades, but the one constant has been the fact that he’s a fusion of organic and technological, possessing a mind that far out-matches the Man of Steel. In terms of awareness as a major Superman foe, Brainiac’s story is a string of “almosts.” He was originally pitched as a villain for 1983’s Superman III, but that was nixed when the studio thought no one would care about a comic book villain (in a comic book movie about a comic book hero). He was supposed to be the primary villain in Tim Burton’s film “Superman Lives” before that whole project imploded in pre-production. He was pegged as the next villain to explore in the would-be sequel to 2006’s Superman Returns, but when that movie failed to make the kind of money that Warner Bros. wanted, the whole franchise was scrapped. Zack Snyder then mentioned him as a villain he wanted to pit against Henry Cavil’s Man of Steel, but…well, you know what happened. As it stands he’s the biggest and most interesting (visually, and as a character) villain that we’ve yet to see properly done in live-action. 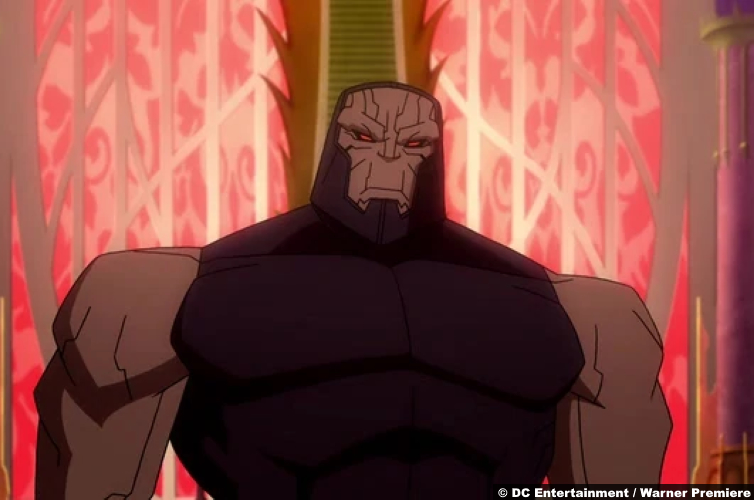 DARKSEID – Darkseid is everything Thanos wishes to be. His power level is comparable to Superman, but he’s much older, relentless in his ambition, and commands an army of minions. There is arguably no bigger villain in all of DC and the small sampling we had of him in Zack Snyder’s Justice League offered only a (desaturated) taste of how remarkable he could be when given the full live-action treatment. In his default state, he is the god of the planet Apokolips, but ruling one planet is not enough.  His goal is singular: He covets the “anti-life equation” that, when implemented, will eradicate free will across the universe. He’s not as high on the rankings as Zod, Brainiac, or Luthor due to the one-dimensionality of the character, but in terms of the potential he brings as a universal threat, you can’t mention Superman baddies and not mention Darkseid. 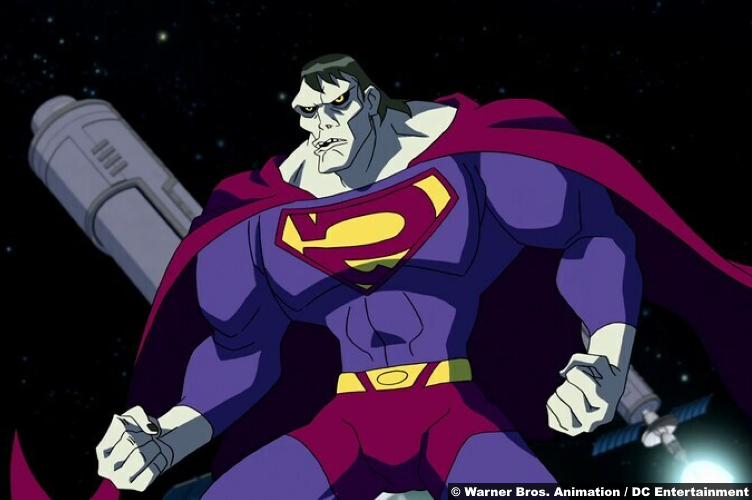 BIZARRO – Included here due to his being, arguably, the second or third most well-known villain in the hero’s rogues gallery. Everyone knows Bizarro because everyone knows the name and the way it is used in our vernacular (“the bizarro version of ___”). The trouble with Bizarro is, almost everything that makes him compelling is done better with General Zod. Bizarro possesses opposite versions of Superman’s powers, such as fire breath instead of freeze breath and arctic vision instead of heat vision. He’s a walking high-concept gimmick character and lacks the nuance and depth that someone like Zod brings to the table. The redeeming quality he offers that Zod does not is that he is pitiable. Bizarro is at his best when he’s written as a kind of Frankenstein monster, a freak of nature that should never have been. When he’s depicted simply as a mindless mirror-image monster, he’s far less compelling.

There are Superman’s five best villains, good enough to earn him a spot in the top five of best rogues in all of comics. Which villain is your favorite? Which would you like to see explored in a future movie? Let us know your thoughts below!

This is an ongoing series. We will revisit it soon and consider two more sets of baddies, both from Marvel Comics. 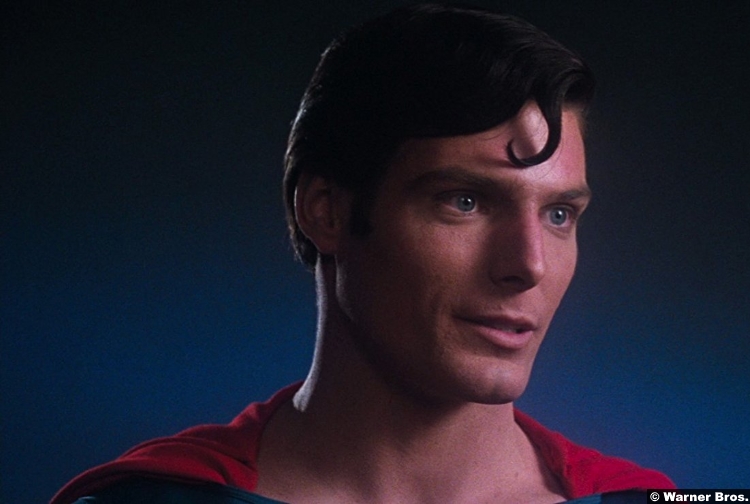