In retrospect, I’m not quite sure why we had to move Mark’s body (or bury it, to begin with). He stumbled off the ridge and died, after all. Maybe Sunny was worried that finding his body would have brought too much attention, both to Walt and her camp. But it just seems like this way is going to bring a much bigger spotlight.

I mean, there’s only so much you can blame on animal predation. An animal might drag his body some distance, but I’m not sure that even a big one could take it miles. Also, hi, welcome to this review–we’re talking about bodies now. 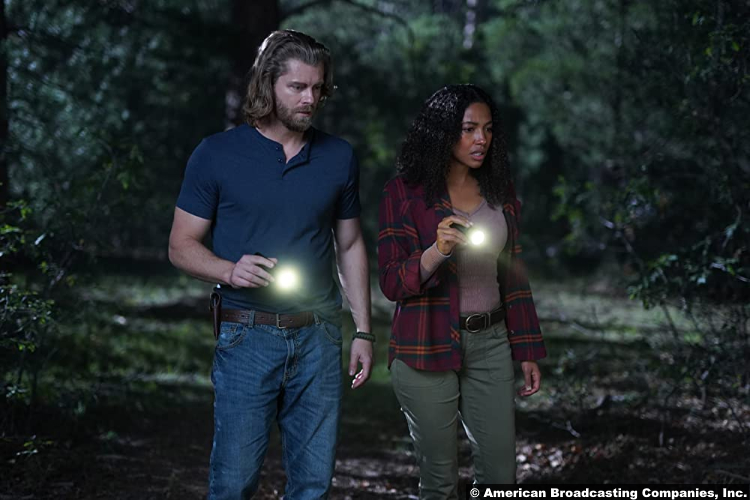 I’m doing that, of course, because Cassie and Cormac find Mark’s body this week. That puts an end to the search for the missing backpacker, but obviously, it’s not the end of the story. I’m sure there are plenty of weird details to keep Cassie from closing the case. Like, for example, that photo that Mark supposedly emailed.

Maybe that’s why Sunny had Walt move the body. Because once they get a time of death, it’s probably going to show that he was in the heavenly choir well before he sent that email. I then wondered if they would even do a full investigation into his passing. So I looked it up and in Montana, they require investigations if someone dies “in a manner that was unattended or unwitnessed.” (Also, if a death “occurred under suspicious circumstances.”) However, according to the code, “Performance of autopsies is within the discretion of the coroner except that the county attorney or attorney general may require one.”

So basically, kind of? His death would certainly qualify for an investigation, but that doesn’t necessarily mean that they’ll perform an autopsy. But that’s all just me opening a curiosity door, which incidentally, is what will lead to the truth coming out about Mark’s death. Not me opening the door, I mean, but Cassie. You know she won’t let this go. 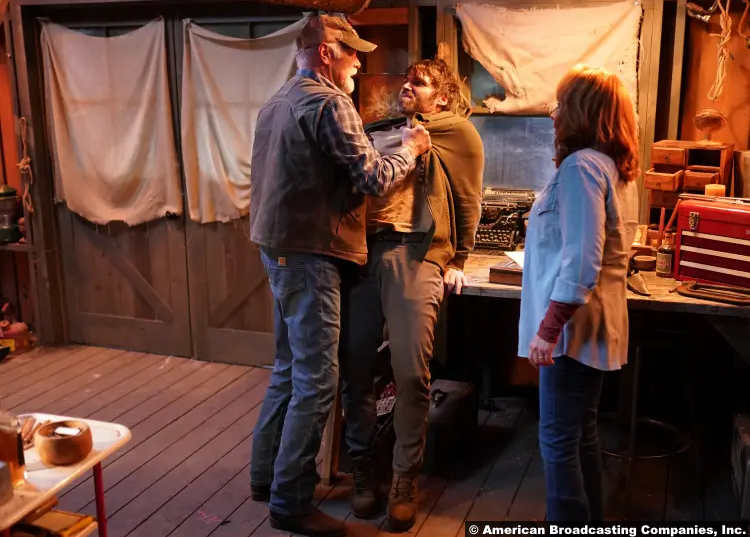 But speaking of satisfying my curiosity, the show got right on that by coloring in more of Sunny and Walter’s story. Through a conversation slash argument she has with Buck, we learn that Walter is her biological son, but not Buck’s. She apparently gave up Walt for adoption, but that ended when he killed his adoptive parents. Well, a fire killed them, but it seems that Walt started that fire.

Buck is aware of Walt, as we also find out. He’s begrudgingly okay with his stepson being around, as long as he stays in the woods and doesn’t cause trouble. People are going missing, though, so it appears as if Walt isn’t holding up to his side of the bargain. Accordingly, Buck wants Walt to move further away from the camp.

This ends in a victory for Walt, though, who doesn’t want to move. It might come off like he’s just being stubborn, but in actuality, he’s got Paige. It’s unclear at this point, however, if she’s a captive or a fugitive. Well, she’s already kind of a fugitive.

To that end, Some Guy (West Liang) approaches Tonya and Donno at the diner. He says that Ren referred them. He’s kind of got a menacing vibe, but maybe that’s just because Donno is immediately aggressive. Anyway, the job is Paige and Luke.

They stole something, as we’ve already sussed out, and he wants Tonya and Donno to find them. As Donno later says, though, that’s just phase one of the job. It leads to phase three, which will be killing the missing couple. And they’ve already accomplished phase one, although I’ll have to wait a week to watch Donno glamp. 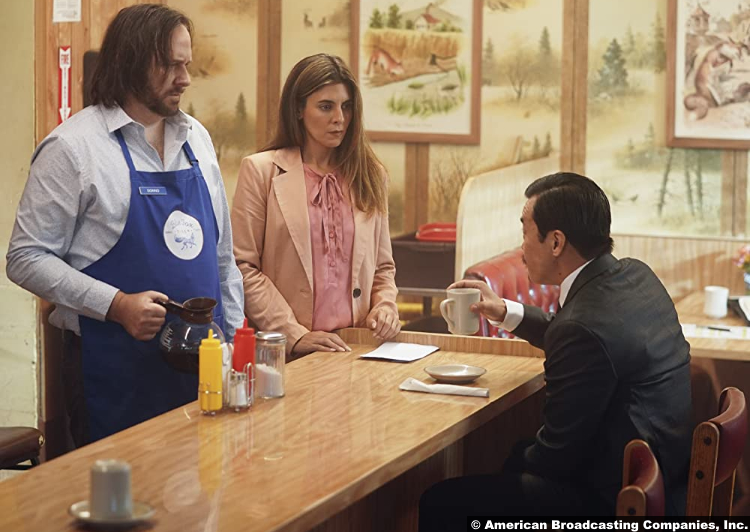 Meanwhile, there’s also our case of the week and it’s a creepy one. It actually starts the episode, which kind of threw me off. I kept having to remind myself that I was watching Big Sky, because it was giving horror movie vibes. Anyway, poor doomed Jody Cutter (Marisa Brown) takes out some garbage. As she’s walking back into the house, the motion detector light behind her clicks on. And it’s a werewolf!

You see, he’s been obsessed with the Cutters’ now-teenage daughter Autumn (Paige Searcy) for years, something that Jody had picked up on. And we find out all that after he attacks Grant and kidnaps Autumn, to keep her in the secret room he built behind his closet. Yiiiiiiikes. She’s safe now, but we can’t say that about everyone in Big Sky country.

9/10 – Ryan O’Nan co-wrote this episode, which might explain why Donno is so funny in it. But even if either of those things weren’t true, then this would still be a really good episode. It moves the plot along nicely, for one thing. I particularly liked the conversation between Buck and Sunny in which we learn all the secrets. It’s obviously for expository purposes, but they manage to convey the information in a way that sounds natural, rather than clunky. For the most part.

And again, I really liked the opening, which was very spooky. Overall, we’ve got a lot of storylines going now, but this is an example of how to juggle them all successfully.