With this week’s episode, not only the season, but also the series comes to an end. The final episode is a good summary of the series as a whole. By that, I mean that it was often confounding with its choices, while it worked best when it concentrated on relationships. And still, the best part for me was the nostalgia.

If you’ll recall last week’s episode, then you’ll remember that we ended it with Clyde taking everyone captive. That doesn’t last long, though, because Rosa can use her power to shake him a bit. That allows Max to try and battle him with the blue flame. I could quibble about how Rosa’s having this kind of power kind of came out of nowhere, but why? This is the last episode, after all. 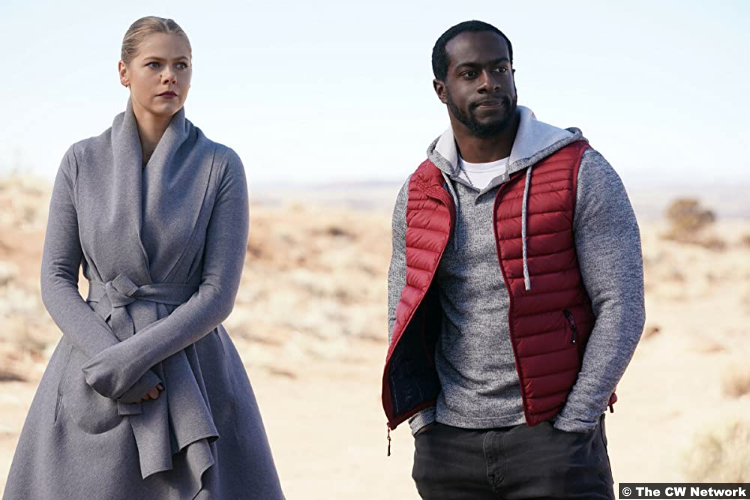 Her powers shake Clyde in more ways than one, as he realizes he can harness them for his plan. To that end, he spirits her away to Shivani’s lab, where he tells Shivani that Rosa’s blood is the key to everything. Most importantly, it’s the key to saving her daughter. Bzzt, he’s lying.

Really, he’s going to use it only to restore the map to Oasis. He confesses to Shivani that he lied about the whole daughter-saving thing in what is a real “you knew I was a snake” moment. I hope the tumble from her high horse didn’t hurt too much, but I hope she feels right dumb about the whole experience.

Meanwhile, as Kyle has to focus on saving Alex and Liz is still feeling the deleterious effects of the mist, she calls on her old mentor Aly for help. I’m still not quite sure where Aly has been, but the news about her wife comes as a big surprise. Anyway, she’s able to use The Science to come up with a serum for Clyde.

They set a trap for him that involves a lot of portals and the alien fruit slash fuel. He’s mighty proud of himself when he steals the fruit away from Liz after avoiding all the attempts to inject him with the serum. However, Liz might not be at full capacity, but she’s still smart enough to remember fail-safes. See, the alien fruit has prickly skin, so Clyde didn’t realize that it was actually another injection attempt, this one successful. As he tries to pass through the real portal, it stops him long enough for Liz to gloat. Then he vaporizes.

And again, I could talk about how Clyde is kind of a limp noodle as far as final bosses go. But again, it seems pointless as this is the finale. In addition, I’m not sure when exactly they knew this was the last season. However, I think they were already far enough in that they couldn’t rework too much of it.

But anyway, he’s gone now, so it’s time for the happier moments. Alex is apparently cured, so he and Michael are able to get married. (Note: I loved Isobel’s “It’s got tequila in it” to surprise Michael with Sanders.) Kybel is still a thing, I guess. Dallas and Maria–Daria?–might be a thing, except that Dallas is going to go to Oasis. 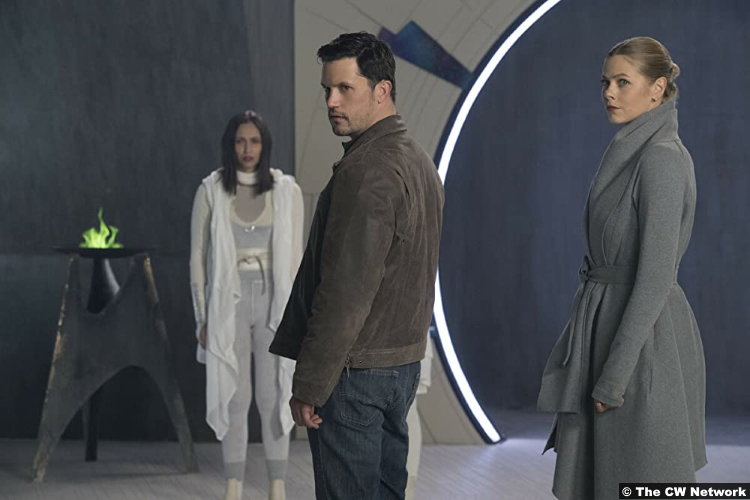 And on that note, so is someone else. After Isobel shows him a memory Tezca shared with her, Max decides to go to Oasis, too. I know we’ve probably all forgotten this, but he was supposed to be the savior of the planet. This decision makes no sense to me, though. Throughout the series, Max has been adamant that he just wanted to be a regular guy in a regular town. Now he’s an interplanetary messiah? Sure, okay. (We should also all be very proud of me that I avoided making a “Note: Poochie died on the way back to his home planet” joke. Except I guess I’m doing it now.)

He and Liz finally finalize their engagement, but so what? Like, how long is he going to be gone? I dunno. After a talk with Aly, who tells Liz that like The Science, relationships are “always evolving,” they meet to say goodbye. In the spirit of their “you’re my turquoise” thing, Max gives her an alien symbol necklace made of the stone. It’s a lot of look. 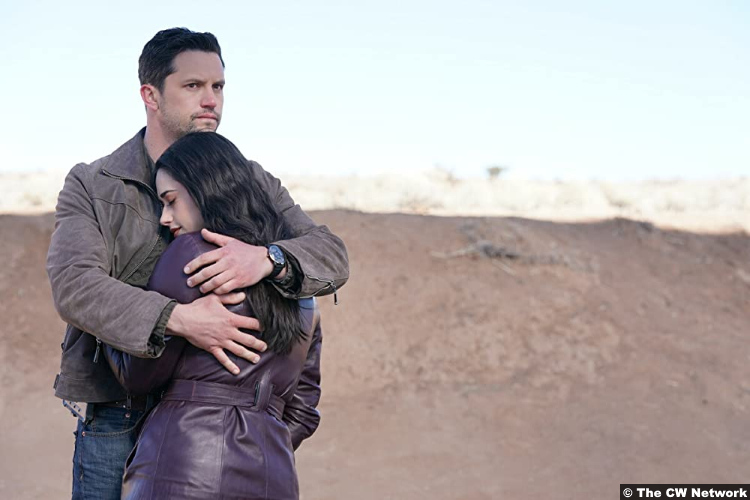 It’s a nice goodbye, but it feels as if this relationship, which is ostensibly the center of the show, gets short shrift. Well, it felt like that for a while. I know Malex (forever) is a very popular ship, but some of us tuned in because we had such fond memories of Max and Liz. And in the end, the most moving part for me was not Echo (or even Malex), but that moment in the Crashdown when Aly puts on the antenna headband, as a nod to Shiri Appleby’s previous role as Original Liz. Maybe I’ll feel the same way about this show in 20 years.

7/10 – I don’t know if I can say that I’ll miss this show, but I will certainly miss the opportunities it had to live up to its potential. So much of the time, it felt like they were squandering it. A key example would be the underuse of Appleby, who didn’t really get a decent storyline until this episode. Or how they could have crushed that final Echo scene if they’d used Dido’s “Here with Me” (the theme song of the original series).

And wait, what was the Alighting again?