Well, thankfully, that didn’t last long. Last week’s episode saw me use my notes twice to chronicle how rude Liz was since she decided to let Sheriff Liz rule her brain town. This week, that seems to have come to a halt, but unfortunately, someone else has picked up the slack. Let’s get into it.

First of all, I’ve been bemoaning the fact that we’ve seen so little of Alex this season (and more on that in a bit). But if you’re wondering why Maria is absent this week, then it’s because Heather directed this episode. Sadly, she doesn’t get an explanation as amazing as Kyle being a horse (when Michael Trevino was busy directing), but they do acknowledge her absence, at least. She’s just guarding the desert console thingy just in case someone tries to get in contact! Hey, I didn’t say it was a great excuse. 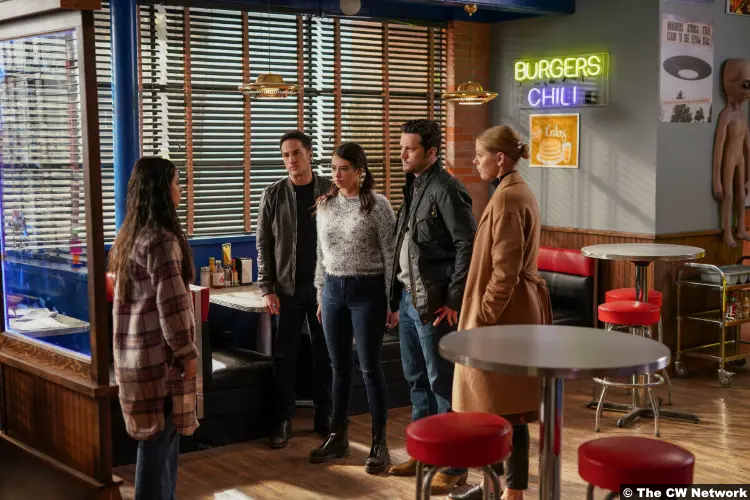 Meanwhile, there’s Liz. If they’re going to spend time causing issues between Liz and like, everyone, then I appreciate their moving quickly with it. No multi-episode arcs of obsessing over their feelings, I mean. They don’t really have time for that, for one thing, and as I’ve mentioned, they’ve already done that.

To that end, the above-ground gang stages an intervention for Liz. Well, I appreciate it even if she doesn’t. It ends in mostly a victory for her, as Max announces that he’ll get his powers back if that’s what it takes. Liz claims that she’s used all the mist, though, so they’ll have to go to the source for more.

Like someone with a problem does, though, Liz is lying. Rosa, who, again, knows better about this than most people, figures it out immediately. Liz is being awfully cagey about her closet, after all. They bicker, but then the next thing Rosa knows, her head is ringing and Liz is gone. The obvious answer seems to be that Liz hit her and then ran away with her precious mist, but the tests Kyle runs don’t agree. Rosa doesn’t have any of the telltale signs of a concussion.

That’s because her injury isn’t terrestrial. Clyde kidnapped Liz and in the process, scrambled Rosa’s noggin. As you might recall, Liz will begin the Alighting, whatever that is. (Presumably, it’s the departure to Oasis, but I don’t know.) Clyde can’t go, though, because Theo built a tricky little lock into his portal. Whoever bears the mark of Ophiuchus can’t pass through it. So Clyde wants Liz to use her big science brain to remove his mark. Sure. 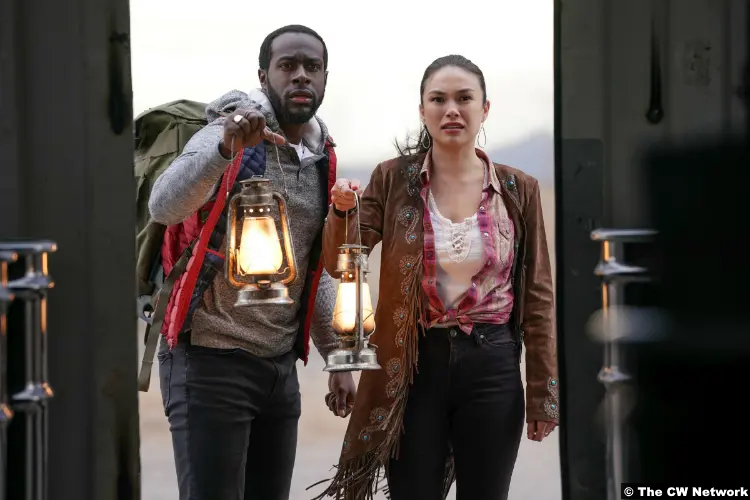 In a move that explains exactly how he would fall for Jones’s line of claptrap, he totally believes her when she’s like, “Here, I made the magic formula you need.” Instead, she just whipped up more of her Bonnie, But Synthetic serum and takes away his powers. Neat! At the same time, Max and Isobel go to Shivani’s lab on their own.

If Liz were a pill last week, then Shivani is blowing her out of the water. First, she’s taken the pods from the cave and is keeping them at her company. Then she’s an absolute asshole to Max, literally adding insult to injury. It’s no surprise that Clyde comes slinking her way by episode’s end, because those two deserve each other.

I’m not sure that Liz and Max do. I know I’m running the risk of giving us all whiplash, but they sure wrapped up their conflict quickly. Yes, we’re running out of time and we’d all prefer a happy ending. I’d like it to be believable, though.

On that note, will the show’s most beloved couple get their happy ending? Down under–and naur, as they say there, I don’t mean Straya–they’re all looking for Alex. A glimpse of alien glass draws Dallas and Bonnie into a shipping container, which then traps them inside. Dallas realizes that like a lot of old things, the shipping container has a healthy amount of lead. Uh, I mean unhealthy. They don’t have to worry about poisoning–foreshadowing–but it does mean that they can’t use their powers in there. 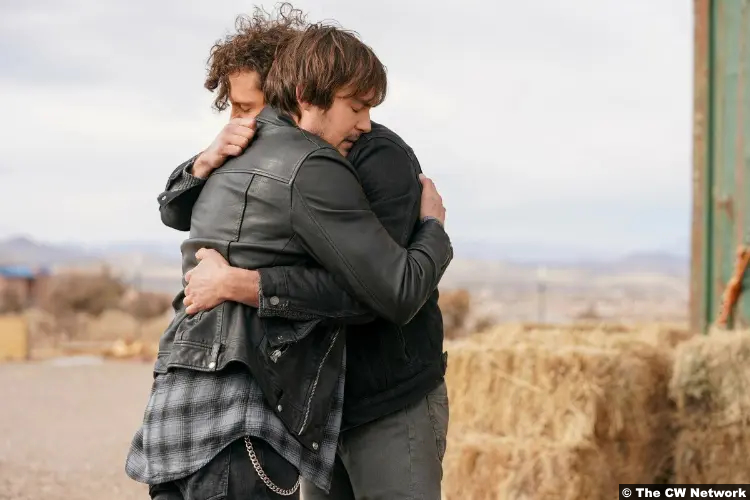 Michael is still outside, though. Before he can find them, he gets distracted by a mysterious figure in a gas mask. Never mind the suspense–it’s Alex! And it was his trap that caught Bonnie and Dallas. He figured correctly that it would be an easy way to catch any wandering aliens.

Enough of that and onto the romance. Yes, it may seem hypocritical for me to cheer the speedy Malex reunion just minutes after I was dinging Echo for the same thing–whiplash again. Not to be too intellectual about it, but…so? I like it and I can.

But don’t doubt the ability of the show to throw in a monkey wrench with minutes left on the clock, of course. The revelation that Alex is probably dying of radiation poisoning seems right. I mean, it doesn’t seem right as in fair, but right for how things have gone so far. But hopefully, they pull some alien ex-machina shenanigans before he succumbs. We’ve got a wedding to plan, after all.

8/10 – Tyler Blackburn confirmed this week that he was missing from so much of this season because of health problems, as I alluded to last week. I really feel for him because I can relate to how fast your physical health can affect your mental health. I wish him nothing but the best and not just because he’s always been one of the best parts of any show he’s on, whether it’s this or Pretty Little Liars.

And while I don’t appreciate the show throwing in “And now he’s dying!” I can live with it–pun intended–because I don’t think he’ll shuffle off this mortal coil. Like, everyone on this show has died or come close and come back, so I have faith in the power of Malex to carry on. And so does Kyle, probably even when he’s a horse.