I’ve been doing this thing where I’ve been trying to be kinder when I review. We’re all out here fighting our individual battles, after all, and we’ve all got struggles no one knows about. And it’s not that I think I was mean before, but that I could have sometimes phrased things, at least, with more grace. This season is really testing my resolve, though.

Whether they knew it was going to be the last season or not, so many choices they’ve made just confound me. As I mentioned last week, a chief example is the invention of relationship problems for Liz and Max. They haven’t even been a couple that long. I don’t know what the timeline is of the show, but it feels like they got together like, a month ago. For a love story that they’ve been telling for so long, though, it feels very early for the seams to be showing. 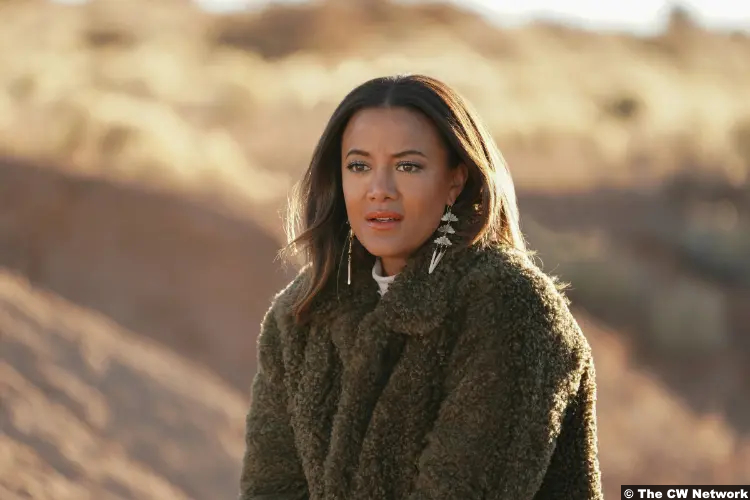 And while I was hoping for some cool powers or something, the after-effects of Liz’s misty memories are much less enjoyable. Actually, I think the fact that I wrote “Liz is a pain” in my notes twice pretty much sums it up. But to be more descriptive, in her interactions with Max and Rosa in particular, she’s unbearably condescending and smug. In fact, she even borders on outright cruelty, especially with Rosa.

For her part, Rosa tries not to let it get to her, because she recognizes something in her sister’s behavior. Specifically, she’s behaving like an addict. And I guess that’s what she is now. In any case, while she was hurtful with Rosa, I found it particularly rich how snotty she was to Max.

Like, babe, you wouldn’t know about ANY of this if it weren’t for [as she sees him now] dumb ol’ hick town Max. You are literally siphoning the juice from his alien pod to make your special mist. So maybe climb down off that high horse before you break something. I did enjoy, though, when he was like, “Hey Super Genius, your frog’s dead.” Definitely did not need the close-up of its little body, though. It’s make-believe! You can tell me a frog dies and I’ll believe you. You don’t have to habeas the corpus. To quote this show: without evidence…I just know. 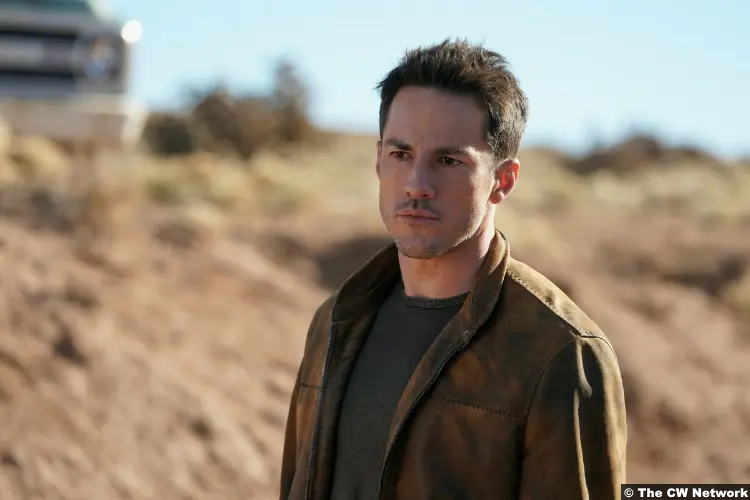 Ugh, Liz. I hate this plot so much and especially in this episode. It’s like they cooked a steak beautifully, but the meat had already turned. The rest of the storylines are engaging, but then we bounce back to Liz Ortecho’s Insult Hour and it’s just a drag. Anyway, speaking of dragging, I’ve done that enough to her and her plotline. For now. Let’s move on to the good stuff.

Poor Kyle. I’m also beginning to think that should be his character’s full name. It’s not that I feel sorry for him, but I do think he should get a damn break. He feels like the backbone of everything. He’s giving moral support, he’s taking a rejection with poise, he’s a dang horse, and he does all the medical stuff without lording it over anyone, Saint Liz. (Okay, I’ll stop.)

He has to see Isobel, for example, and he’s kind to her. I realize that that is an incredibly low bar, but you see what we’ve been dealing with otherwise. (Okay, this time, I promise.) For her part, Isobel wants to keep working with Tezca. It’s very painful for the former mentor, though. The images of the people she killed haunt her now, and she wants to give up. Isobel doesn’t give up on her, though, so they actually make some progress. 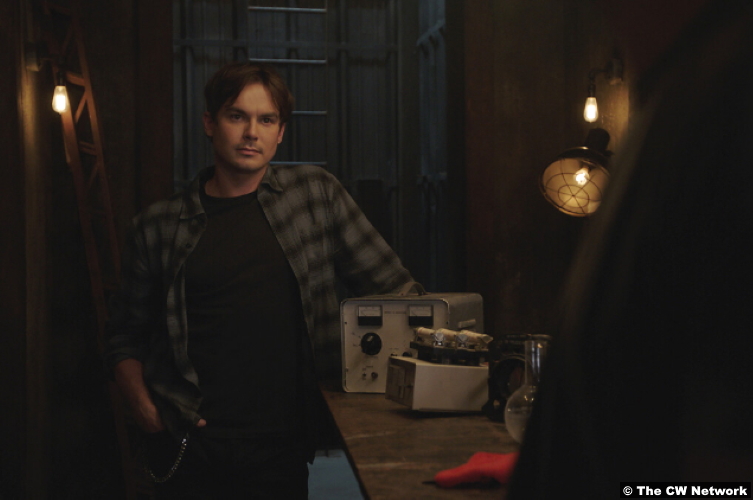 Meanwhile, so does the rest of the team, who are now focusing on finding the Sandlot Gang. We finally get to check in with them, as well. Well, we check in with Dallas and Bonnie, at least. They are in a “pocket world” that Theo created for…reasons. There are signs that Alex has been there–like, a literal sign upon which he wrote “AM Was Here.” But we don’t see him for now. Again, massively bizarre choice to me, but I have heard recently that Tyler Blackburn suffered an injury that prevented him from filming more.

Still, it’s puzzling to me that it took so long for anyone to notice Alex was missing. I know they probably chose this plotline for the big, dramatic Malex reunion, though. It just would have made more sense, at least to me, if they’d just had Alex go out of town. Maybe he could have some adjustment work done on that prosthetic leg the show forgot he had. You could have still had a “reunited and it feels so good” moment with that. And anything would have been better than the developments with the show’s other big romance. (Okay, I’m really done.)

7/10 – Watching Michael go through the rabbit hole–I mean the Stargate–I mean the portal into the pocket world, was the culmination of a pretty moving storyline. I especially liked Show Backbone Kyle promising Michael that he would believe in Malex when Michael couldn’t. However, that and the Tezca/Isobel storyline were unfortunately dragged down by that other storyline. (Okay, for serious now.)

Note: The show released only two promo photos for this episode, by the way, so I’m recycling one of Alex, whom I still remember exists.