Okay, so that happened. Despite my fervent wishes from last week, this week’s episode did not see Liz acquiring some cool new superpowers. In fact, it’s the opposite of that, as the episode begins with Liz on the verge of death.

If you’re wondering how Shivani is faring after two doses, then rest assured. She’s just fine! She’s better than fine, as she’s now solving problems using equations of which she had no previous knowledge. Salome, how can she be Bradley Cooper in Limitless after choking down alien go-go juice TWICE while Liz is basically short-circuiting after one breath? 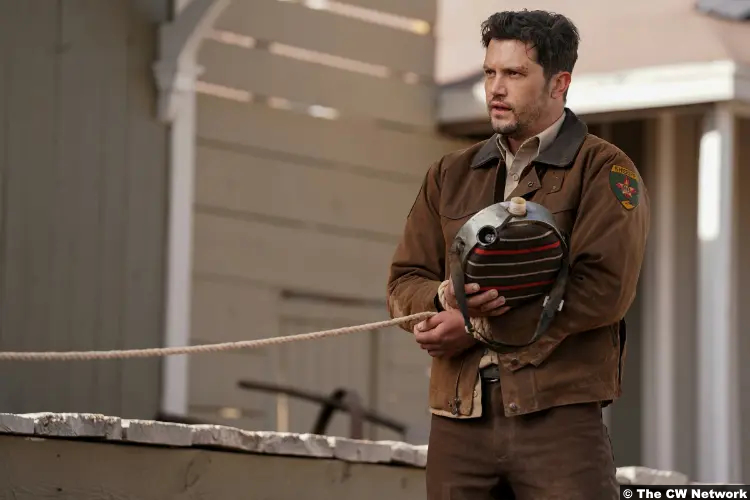 Well, that’s easy. You see, Liz inhaled the majority of that last dose, so…science. Anyway, Kyle is still in Mexico/can help only by phone probably because Michael Trevino directed this episode. As such, the assembled team–everyone but Kyle and the sinkhole gang–is kind of flailing at the medical stuff. But when life gives you alien lemons, you make alien lemonade.

In the context of the show, that means that it’s mindscaping time. Max and Isobel hop into Liz’s brain, which is essentially a set from an old Western. As with the medical stuff, they are wholly unprepared for this. To put it another way, Isobel gets shot immediately–and thus ejected from the mindscape–while Max is kidnapped by the bad guys.

Meanwhile, Liz is the sheriff, which makes sense. She’s the sheriff of her own mind. Her father and Rosa serve as her deputies, while Maria gets to sing “Angel from Montgomery.” Uh, great. At least she’s got it better than Kyle, who is Liz’s horse in this world. And I’m not being metaphorical–I mean an actual clip-cloppy horse. 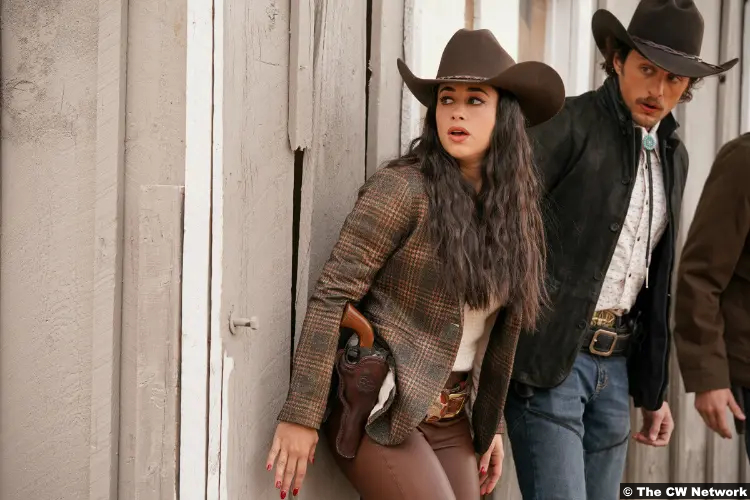 Since none of this is real, just mind stuff, I’m not going to give you a breathless play-by-play of everything that happens. In addition, if you’ve ever seen a Western or even a parody of one, then you know the basic beats. To that end, Liz and her crew are the good guys, who have to deal with baddies. Clyde is the first representation of a bad guy, which is kind of weird since he and Liz really haven’t had that much interaction.

Then again, I suppose it’s like when you’re dreaming and you incorporate sounds, like your alarm clock, into your dream. Liz’s mind needed to cast a bad guy and that’s the first image upon which it landed. But of course, that’s not the real bad guy. Clyde is just a front. The real baddie is another Liz because we’re our own worst enemies or whatever.

With help from Allie, who may actually be real in this mindscape, Liz has to solve the mystery of her brain if she’s to save Max. Well, really, she’s got to save herself. If she doesn’t survive, then Max will stay trapped in her mind, which means that he will also die. And time is running out, as even in her mindscape, Liz realizes that she’s overdosing.

Back in the real world, the only solution they’ve come up with so far, besides this mindscape, is Naloxone. That’s for opioid overdoses, though. I’m pretty sure that counteracting alien enhancement serum is an off…off-label use. That is to say, of course, that it doesn’t work. Luckily, Heath just happens to be in the area.

I didn’t really like this, to be honest. No offense to Heath, but I find it frustrating to check in with him when Alex is in a sinkhole. They do this whole side plot about how he and Rosa have gotten close, but again, how can I put this nicely? Who cares? Okay, maybe not nicely. But all of this has happened off-screen, which means the show didn’t value it enough to show us before now, so why should I?

Anyway, the true purpose of all that, it seems, is to have Rosa talk Michael off the ledge. (This time I am being metaphorical.) He wants to go out there and dive straight into the sinkhole, which would probably be disastrous. To talk him out of it, Rosa brings up another time he did something reckless. You know, that time he framed her for her own death. I kind of get this line of thinking, but it also feels cheap. Let’s go back to the mindscape before I get too riled up. 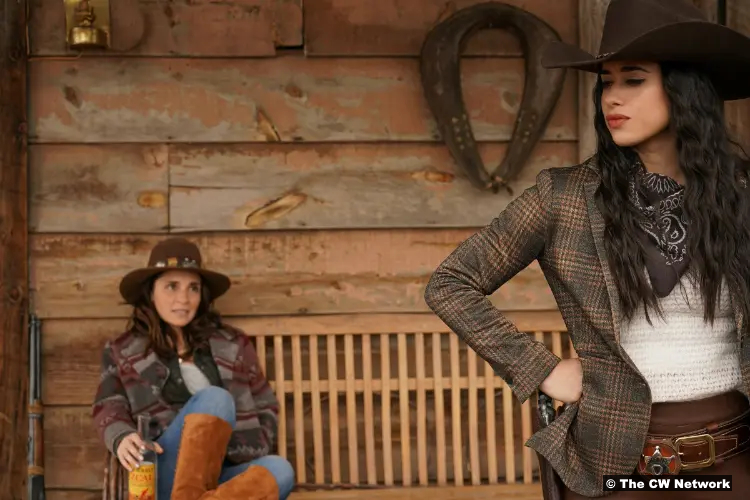 Also, Max and Isobel and Liz and everyone gets to wallow in their worst feelings without scolding, so. Okay, okay. I’ll stop. Except that the mindscape is a perfect example. That’s because it turns out that Bad Liz apparently represents Regular Liz’s deepest secret feelings, like how being with Max will hold her back. (It’s telling that in her mindscape Max is a successful author.) She’s also still afraid of what she said before, that another shoe is going to drop.

Heath’s cure seems to work, as both Max and Liz wake up. Liz had been in the middle of a confrontation with Bad Liz when she vaulted back into the real world. But as she’s home with Max later that night, we see how it actually played out. Liz had surrendered to Bad Liz in her mindscape, giving her control as sheriff. So what does that mean for Real Liz?

7/10 – The Wild West mindscape was fun and I liked the character work. However, I would also like some character development. Liz cycling through her relationship worries again is not only repetitive but also feels like the show is manufacturing drama for drama’s sake.