Dark Winds has flirted with the supernatural in previous episodes, but with this one, it essentially makes it canon. But before we get to that, we have our cases. Let’s start with the heist, shall we?

So far, they’ve shown the who and why of it all, but not much of the how. That’s generally fine–while I’m a stereotypical Virgo and love to watch people plan, I understand that others may feel differently. And the Devoted Dan detail this week doesn’t so much explain how it works as it sets up a more important reveal. 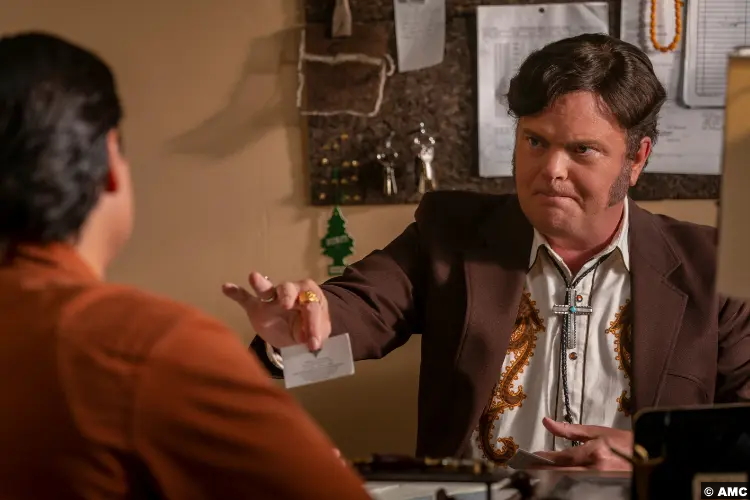 It starts when Chee is leaving town, on his way to start that fancy new job. As I noted in the pilot, the show brilliantly introduced him by showing him ignoring some stranded motorists. We can see that his rez time, while brief, has affected him, because this time, he stops for a guy having truck issues. As Chee’s looking under the hood, the man mentions that he should get a new car from a guy who offers discounts to Navajos.

Well, that ain’t true, I thought. I mean, that might be something that is happening, but I know in my bones that there’s a catch. And the catch is, it’s Devoted Dan. After photographing the supposedly pious car dealer in flagrante, James and Frank blackmail him. [Note: Now that they’ve revealed “Benjamin”‘s real identity, I will now switch over to calling him James.] In exchange for not revealing the very revealing Polaroid they took, Dan agrees to launder the heist money. And offer discounts to Navajo people, I guess.

I’m not the only one who finds the discount story suspicious, as Chee pays this reportedly generous car salesman a visit. Dan is understandably annoyed that he has to be a party to any of this. But that’s not the point. The point is when he’s like, “I already went over all this with the other FBI agent.” The other agent is, of course, Whitover, who didn’t mention his own visit to Dan. So what’s he hiding? Whatever it is, Chee feels like it’s something the tribal police need to know.

As he’s returning to the rez, Bernadette and Leaphorn have a very sour Frank in custody. Bernadette’s trying to talk to her boss about why he hid Chee’s FBI credentials while Frank chimes in like they’re doing “Baby, It’s Cold Outside.” Meanwhile, James is still in the wind. And last week, I mentioned that his habit of offing other Natives didn’t seem to sit well with Frank. This week, that just continues, especially when Leaphorn tells him that James killed his own grandfather and removed his eyes. 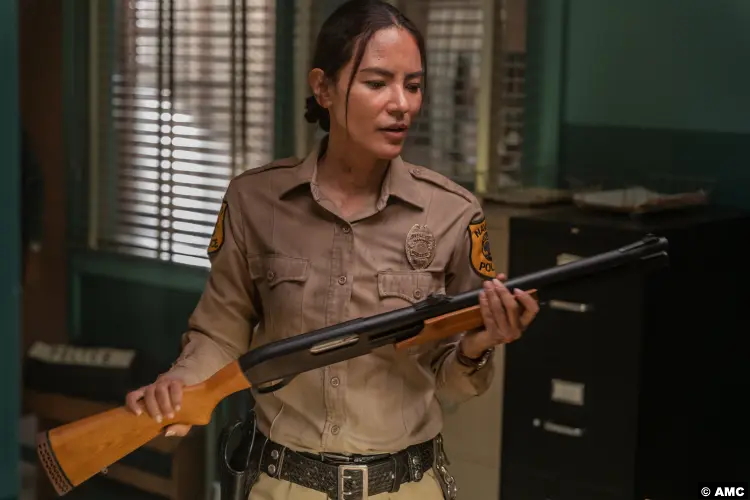 That doesn’t mean, however, that Frank wants to atone for their other activities. To that end, Ada breaks him out. But she doesn’t use a gun or some kind of subterfuge, unless you count magic as subterfuge. Actually, that is kind of how it works here. Whatever she conjures seems to immobilize Bernadette, who can only watch helplessly as Ada frees Frank.

The incident leaves her a little woozy, but basically unharmed because she had her medicine bag. And after a quick visit with Margaret to kind of supercharge it, she goes after Ada. In the most unsurprising moment of the week, her place is a damn nightmare. For instance, she’s got little jars of people’s hair, including Bernadette’s. Anyway, they tussle and it ends up starting a fire, which Ada doesn’t escape. The fire also destroys all the tokens and whatnot she’s used for her magic, so the spells start to break. Wanda wakes up from her spider coma, for example. No word yet, though, if she has any cool new powers. 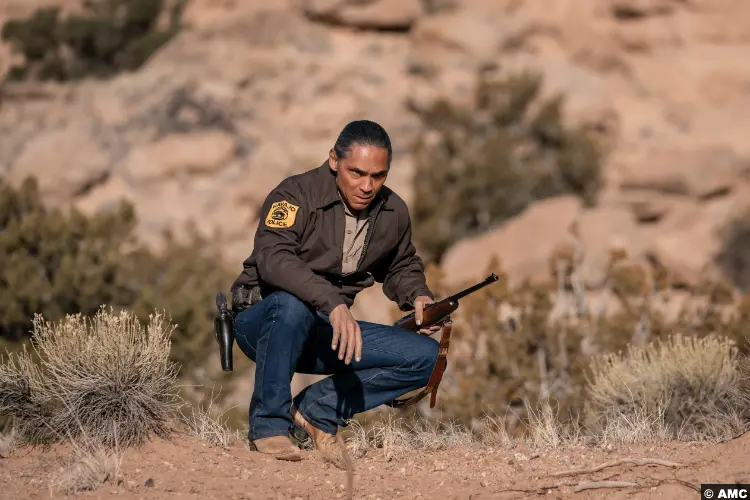 The episode doesn’t end with a cliffhanger, not really, although Leaphorn is actually on a cliff. He’s still on the hunt for James, on whom I still can’t get a read. I mean that mainly, though, in the context of his murder of Hosteen. The “previously on” drew special attention to the token–the glasses–that Hosteen brought to Margaret. And if you’ll recall, they were missing after the murder. I was going to ask if James would really kill his grandfather over that, but yeah. He absolutely would. And I don’t just say that because he impregnated a teen, as we learn this week.

His motives have always seemed less altruistic than he has portrayed, after all. So again, how does Whitover, now alone with Bernadette and several guns, fit into all of this? Hopefully, we’ll find out on next week’s season finale.

9/10 – It’s only been a few episodes, but I feel as if we’ve seen so much character growth so far. Other shows, who love to set the plot table for like, ten episodes on end, could learn a lot from how tightly this show tells a story.