Even before Chee’s cover is blown, I was thinking he seems suspicious. I mean, yeah, obviously I know he’s lying. But speaking of obvious, that’s exactly what I thought he was being.

He seems so openly dismissive of the local beliefs to me. If I were hearing him, then I’d be thinking like, well, if you think it’s so dumb, then why’d you come back, goofy? But if anyone’s thinking something similar, then they keep it to themselves. 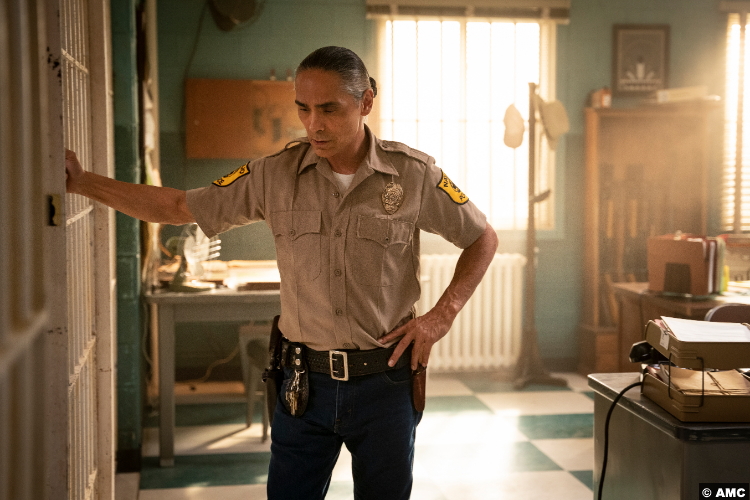 It’s not until they hear Margaret Cigaret (Betty Ann Tsosie)–Anna’s Nana–is ready to talk that someone voices the idea. She doesn’t have much to offer regarding the murder. Basically, there was a knock on the door, Anna answered it, and then presumably, all hell broke loose. She thinks there might have been two people there. The most important part of the conversation, at least so far, is when she tells Leaphorn that people there are not what they seem.

Leaphorn doesn’t repeat this to Chee; he just says that she didn’t tell him anything he didn’t already know. Then he tricks Chee into admitting that he’s a federal agent. Leaphorn doesn’t really care, though, as long as he can get what he needs for the investigation. He wants the autopsy reports, as well as a lab to test the water he collected on Hosteen’s property. 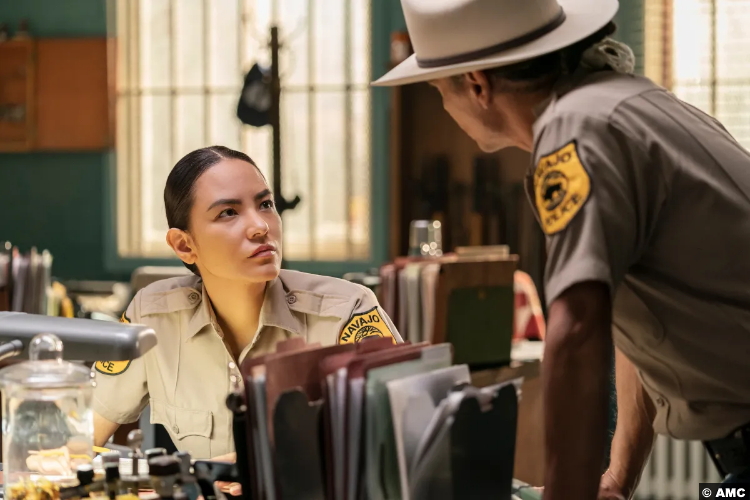 The autopsy seems to bolster the suspicion I had about the incident. If you’ll recall, then I said last week that I thought the violence inflicted made it more likely that Hosteen was the target. That appears even likelier when the autopsy reveals that Anna had a heart attack. As she’s just 20, and sporting a new streak of white in her hair, the pathologist suggests that fear killed her. Well, that’s just terrifying.

Incidentally, things at the Atcitty property are no more welcoming this week than they were the last. We get some answers about that this week, though. In a flashback, we see that there was an explosion at a local oil well, which killed the Leaphorns’ son, Joe Jr. (Hataaliinez El Wheeler). Local merchant Lester (Jonathan Adams) tells Leaphorn afterwards about something he’d overheard before the explosion. At a spiritual ceremony, Dillon Charley told Guy Atcitty (Ryan Begay) not to go to work at the well the next day.

In another flashback, Leaphorn confronts Guy at his house. He’s angry and lashing out, especially at poor Anna, whose only crime seems to be that she’s wearing Joe Jr.’s letterman jacket. Still, though, that’s no excuse for Guy to come at him with an ax. He won’t back down, even when Leaphorn pulls his gun, so he ends up shooting Guy in the leg. That’s why he limps now.

And that’s one of the reasons why there’s bad blood between Joe and the Atcittys. That’ll do it. By the way, last week, I was suspicious of Hosteen’s grandson Benjamin, who’s also at the Atcittys’. This week does nothing to dispel those feelings. He’s just got a shifty way about himself in general, but this week, we see actual proof. 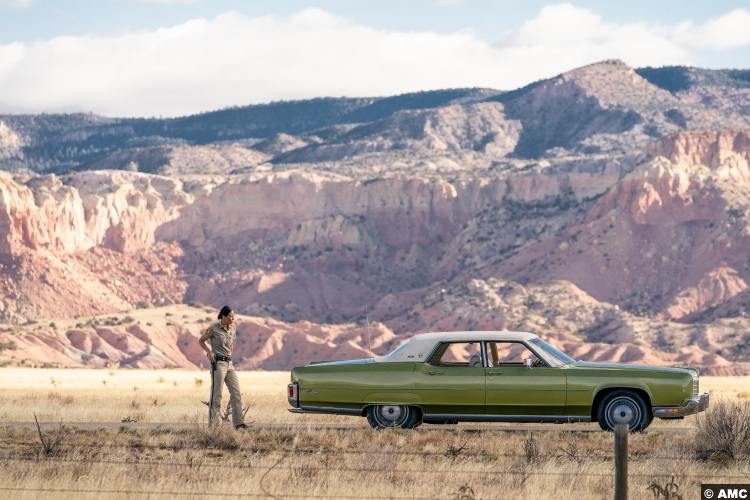 Last week, Lester had mentioned the cactus paintings his wife does that they sell in their store. The way he talked about them makes me think he doesn’t know anything is up with them. They are very important, though. We find that out when some rando comes in inquiring about one. He seems very miffed when Lester tells him it sold. He even wants to know to whom Lester sold it, like, what? Are you going to track them down?

Well, he’s not, but someone else is. A man we’ve seen only in shadow (at Sally’s house) forces the incredibly square family to a stop. He takes the painting from the trunk. The next time we see the family’s car, it’s been abandoned for no clear reason. Obviously, that’s ominous, given what we know. But what’s so exciting about a tourist trap painting? Why, there’s money in them thar cacti! Probably the gains from the truck heist, yes. 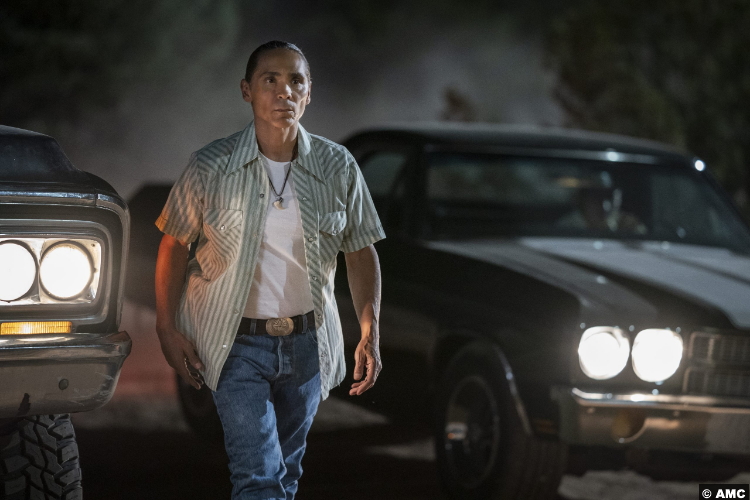 And speaking of that, Chee tells Leaphorn that the water test was inconclusive. Before that, though, he lies to the lab tech, telling him it’s his own well water. The dork wants to know why they don’t just use tap water. Wow, damn, they should have thought of that. (PS: It’s still a problem today.) Anyway, let me stop roasting this man. The point is, the test did identify some substances in the water, like hydraulic fluid. Looks like they found that helicopter.

8.5/10 – I didn’t get into the scenes with Sally, especially the reveal in her conversation with Emma that someone sterilized her after Joe Jr.’s birth. Still, I liked them as much as I liked everything that’s going on here. There are a lot of loose threads in this story, but it’s fun to watch how they’re weaving them all together.