It’s obvious that whoever pulled off the armored car heist put some planning into it. You don’t just wake up one day, after all, and decide to rob a bank truck (with a helicopter!). As we get further into the season, though, we’re starting to see just how many players were behind it.

We knew already that Benjamin was involved, as well as a man we’ll come to learn is Frank Nakai (Eugene Brave Rock). We also know that Lester’s wife Wanda (Ryffin Phoenix) must also be a part of it since she supplies those cactus paintings. Still, the circle just keeps getting bigger, including involving non-Natives. For instance, there’s Pete Samuels (Rob Tepper), the fellow who asked Lester about the sold painting last week. 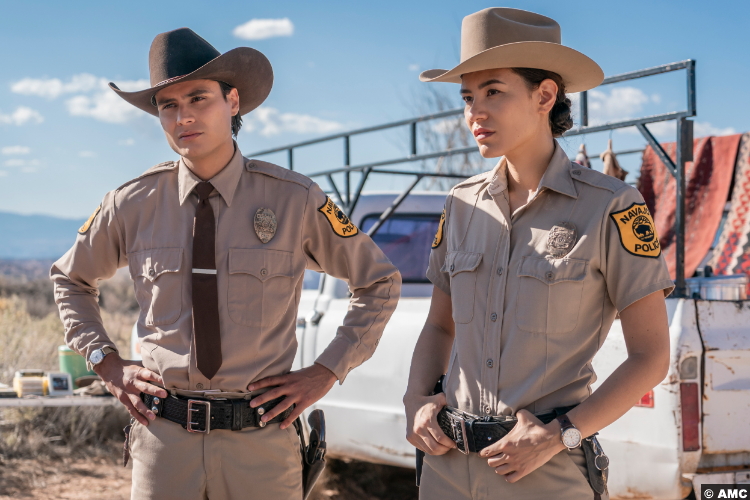 There’s also Devoted Dan (Rainn Wilson). Our first glimpse of him this episode is when he emerges from a van with a period-appropriate sleazy bumper sticker. Mostly I love this because it means that my first note was “Van is a-rocking.” Anyway, Dan runs a car lot and who can you trust if not a car salesman?

To that end, it appears as if they’re using Dan’s place to launder the stolen money. That’s pretty smart. Some of the other things they’re doing? Not so much. Like, say, keeping the Mormon family captive. What exactly is the end game here? It can seemingly end only one way and this path to me is the cruelest.

Then there’s what I was just talking about–the scope of this operation. So many people. So many opportunities for someone to blab. In fact, we can already identify the current weakest link. It’s Wanda. She stumbles onto the fact of the family’s captivity and you can tell that it doesn’t sit well with her. There’s then an odd sequence where the men, Benjamin and Frank, make her hand over her hair clip.

I’m screaming “Don’t give people your hair!” but she just does it? Girl, I guess. But you don’t volunteer stuff like that because it can be used against you in multiple flavors of spellwork. Once that hair clip ends up with Sally’s creepy mom Ada (Amelia Rico), you know it’s all over but the shoutin’. And that comes literally when Wanda is out by the trading post’s wood lots. Lester had already warned Leaphorn about spiders in the piles, so just consider the one that jumps Wanda as Chekhov’s black widow. 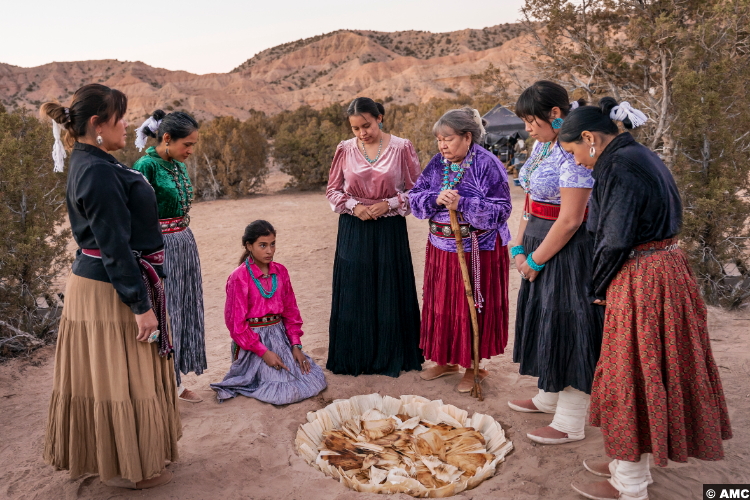 Leaphorn had been after that wood, by the way, for his niece Nanobah’s (Makena Ann Hullinger) kinaaldá, a kind of coming of age ceremony. It’s a reminder that life, uh, finds a way even in the face of crushing tragedy. On that note, one of the things I’m really liking about the series so far is how it smoothly weaves in truths about Native life and history. There’s been, for example, references to forced sterilization and Indigenous water access. This week, they turn their attention, albeit briefly, to the staggering horror of Indian boarding schools.

We get there through Bernadette, who attended one. I first wrote about them here in 2020, describing them as places that tortured Native kids into “abandoning the rich cultures that produced them.” Just for the record, my language may seem dramatic, but it ain’t. Anyway, Bernadette doesn’t say that much about her experience, but that’s understandable. It was probably traumatic. 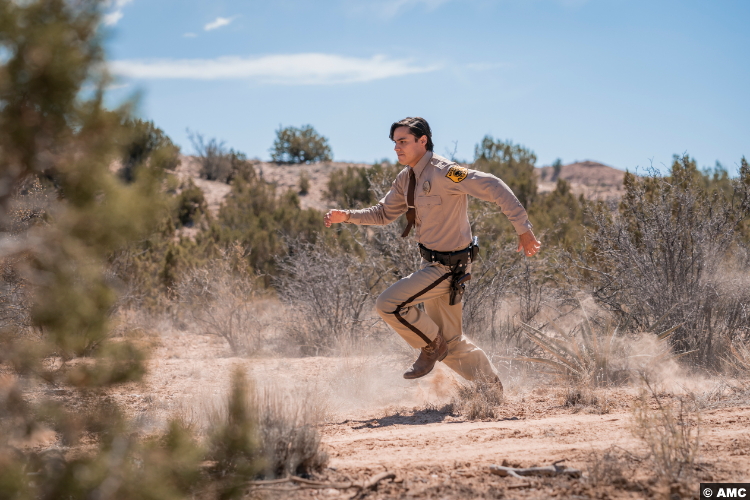 Nanobah’s celebration, on the other hand, is a beautiful event, made even more moving by the contrast with Leaphorn’s return. He’s bringing home the bodies, which he’s wrapped in blankets he bought for that purpose. He hands over Anna’s body to her family, while he takes it upon himself to bury Hosteen on the man’s property. If it seems a little weird that he does this without involving Benjamin at all, then that’s intentional. Leaphorn has good instincts and he clearly doesn’t trust the holy man.

And he shouldn’t! Lester, who’s a regular Chatty Cathy this episode, hands over a letter to Leaphorn. It was from Hosteen, and it’s a little confusing, but the implication seems to be like Margaret said last week. People aren’t what they seem. Is this guy really Benjamin? If not, then who the hell is he? Sally sure didn’t appear to be happy to see him, which prompted her to whisper Frank’s name to Emma. The meaning of that is just another mystery for the pile, but some things are becoming brighter. 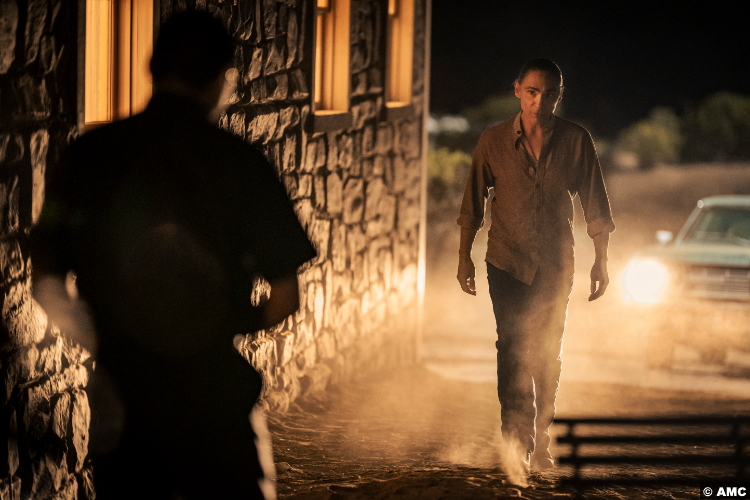 Take, for instance, Raymond (Quenton Yazzie). When Leaphorn and Chee approach him, he clearly isn’t into whatever they’re selling. To put it another way, as I wrote in my notes, “Not him in a dead sprint across the desert.” It’s all flat land, bro. We can see where you’re going! Jim chases after him anyway, because they need his skills. Raymond was a Navy diver, so they want to pay him to search the water. It takes forever, but he apparently finds something. But we’ll just have to wait to find out what.

8/10 – It’s very hard to grade this series because it’s so good that it almost feels like nagging to keep giving it high scores. But it deserves it! I just really appreciate all the care and detail that went into making this. Like when Jim asked Bernadette about her clan? Swoon. Hell, even that cactus painting is growing on me.