Well, it sure seems that Westover was prescient when he predicted who was behind the armored truck heist. We’ll get to his magical abilities in a bit, but first, the Buffalo Society. They are indeed the faction that pulled off the robbery, and this week, we get some insight into their motives.

As the Hillerman novels detail, the Society is an offshoot of the American Indian Movement. If you don’t know, then AIM is a group of activists who formed together to raise awareness of Indigenous American issues. They weren’t just handing out bumper stickers or whatever, though–they were intent on real action. As such, one of their most famous incidents was the occupation of Wounded Knee, a small community on the Pine Ridge rez. They held the place for over two months while under siege from the federal government. 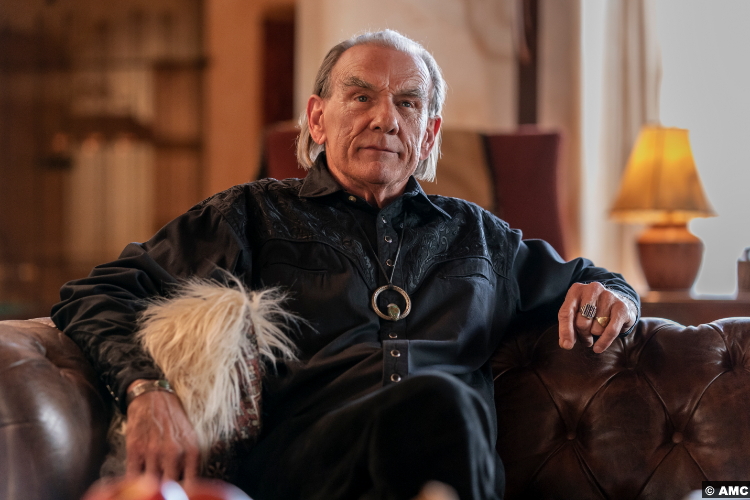 In the mythology of this story, the Buffalo Society broke off from AIM because they wanted to take more decisive action. And by decisive, I mean violent. In the episode, the man going by Benjamin describes their goals as “decolonization and liberation” of Indian land. He describes this, by the way, to BJ Vines (John Henry Dihel), a man who has bought up the oilfield. (And maybe probably caused that explosion.) Vines, however, is unmoved. If Natives belong to the land, he asks, then doesn’t he own them, too? (NO. As a philosopher once sang, “You can own the earth, but still, all you’ll own is earth.”)

Frank Nakai and Benjamin apparently come away from this conversation with the conviction that they’ll need money to accomplish their goals. And who’s got money? Banks! [Note: To make it less confusing, I’m just going to keep referring to the man as Benjamin for the duration of this review.] Hence, the heist. However, a criminal conspiracy works only as long as the conspirators can keep it together. As the captivity of the Mormon family continues, Samuels is not keeping it together. This is not what he signed up for, and he wants to leave with his cut. 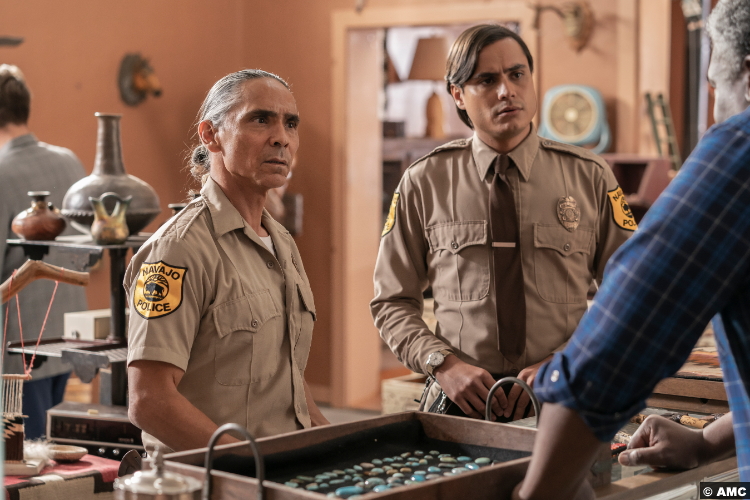 You can see the stress is weighing on Benjamin, as he can’t maintain his cool in a conversation with Leaphorn and Chee. In my notes, I see that I wrote “weird-ass conversation” to describe the meeting he has with them. He is so obvious, so shifty and awkward, that it’s actually pretty funny to observe. And consequently, Leaphorn, who has pretty spectacular instincts, keeps pulling that thread with the unsent letter.

First, they visit the trading post to try and figure out why Wanda didn’t send it. That just ends in more questions, though, as they find out what we already know. Wanda had an unfortunate encounter with a spider last week. She survived, but just barely–she’s comatose. Since they don’t really get anything here, they go to the school the letter mentions to look for Benjamin’s records. They find his record, but the photo attached doesn’t look anything like the man we know. His glasses-wearing twin James, though? That’s a bingo.

Meanwhile, Bernadette notices something funny. A young boy she knows is wearing a helmet with some pretty distinctive bullet holes in it (and the initials “CW”). It’s just the type that a helicopter pilot might wear. The woman who gave it to him tells Bernadette that Raymond sold it to her. You remember Raymond, right? Last time we saw him, it looked like he’d found something in the water. I guess he did! And I guess he’s dead, because we see him get shot this week. This kind of thing is driving a rift between Benjamin and Nakai, by the way. It’s one thing to carry out violence for your people and quite another to kill your people. 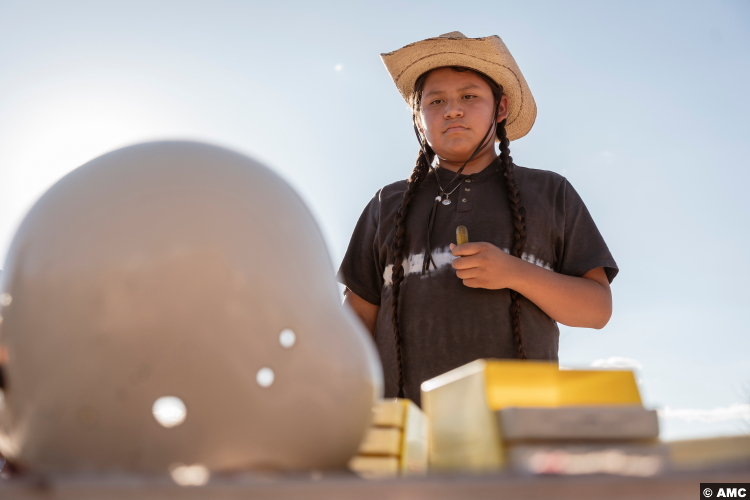 Anyway, I’m not sure what the next phase of their plan is supposed to be, but part one is apparently murdering Leaphorn and whatever unlucky deputy accompanies him. This results in a tense gunfight that Leaphorn and Chee might have lost, if it weren’t for Bernadette. She’s also on the property, combing the water for Raymond. She doesn’t find him, but she does shoot Nakai. Unfortunately, she’s also there for the moment when he refers to Chee as his “favorite FBI agent.”

This is devastating for a few reasons. Number one, when they got to the property, Chee recognizes the horse Benjamin stole as Bernadette’s baby Taco. He recognizes her horse! (Swoon.) And this comes after Chee’s dinner with the Leaphorns, in which it’s made pretty clear that, yes, he and Bernadette are into each other. So she takes the news of his being a federal agent as a betrayal, especially when she finds out that Leaphorn already knows. 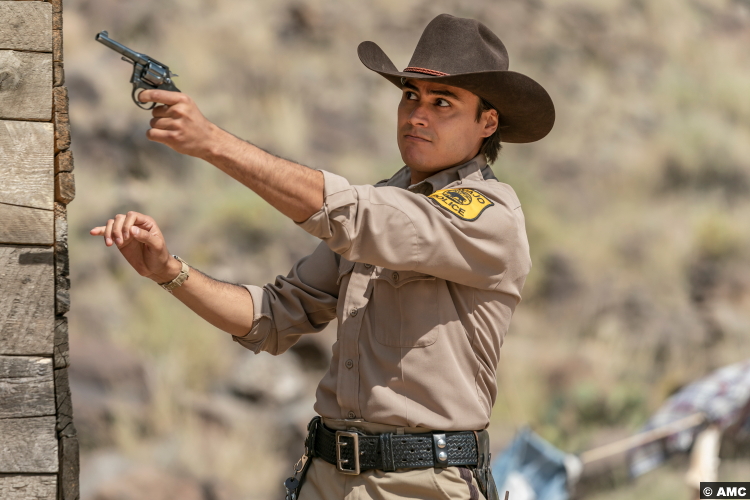 Number two, Leaphorn gets his own betrayal. During that dinner, he had gotten into it with Emma. He doesn’t want Sally staying with them, for whatever reason, but Emma overruled him and invited her anyway. When they start bickering about that, Chee is like, uh, I’m just going to go. In a very telling moment, though, Leaphorn, ordering him to stay put, calls him “Joe.” As in, Leaphorn’s son.

Finding out, however, that Chee and Westover have known about Nakai, et al, all along shatters that paternal feeling. The fisticuffs that result don’t help much, either. I have a feeling, though, that things will change. I mean, there’s a whole series of Leaphorn and Chee books, so that seems inevitable. But Chee has to make a choice. Will he go after the job with prestige or will he make a stand for his people?

8/10 – Hooghandi, the episode title, means “home,” by the way. And as such, we see the different ways the folks on the rez fight for what that means to them. I will try to find things to dislike about the show, just to maintain my cool critic exterior, but it’s really hard. So I’ll just talk about what I did like, including that we got to see how good a cop Bernadette is. Like Leaphorn, she’s observant and she trusts her instincts. That’s why it stings so much when she finds out about Chee, because she’d made herself vulnerable to him. She may be doubting it now, but I think it’s still a thing worth doing.

By the way, the University of New Mexico has a pretty impressive guide to Tony Hillerman and his work.