Jurassic Park remains a phenomenal film. It’s a lightning-in-a-bottle convergence of science-fiction and horror by Spielberg at a time when he still had a twinkle in his eye and a hunger to experiment and try new filmmaking techniques. It is shot, edited, and scored to perfection, without a single wasted frame. Everything about it works.

The first sequel was about what everyone feared it would be: It was a soulless retread with a much weaker story at the heart of it and too much excess where the original was restrained. The sequel that followed solved the latter problem, as Joe Johnson took the helm and created a lean, mean, thrill-ride of a movie. If the first movie is a cinematic roller coaster ride (and that’s the best illustration I can come up with) then the third one was more like one of those rides that launch you up into the air for a quick jolt of adrenaline, followed by a sudden drop and then it’s over. It’s short, it’s thrilling in the moment, but ultimately an empty experience (which is better than a slow, meandering, retread of an experience that Lost World was).

The franchise sat dormant for several years before returning for Jurassic World, a film that I liked—in hindsight—in spite of itself. The big return came right at the peak of nostalgia-bait moviemaking and raked in well over a billion dollars. The sequel…was a hot mess of a film that is at least entertaining in how laugh-out-loud bad it is. It doesn’t deserve any high marks, but if I was forced to watch it I could at least derive some perverse pleasure in mocking it for a couple of hours.

Now comes movie three, which promises to bring both the Park and the World characters together for an epic…conclusion? I don’t think that’s been established. I hope it is. I doubt it will be. If it is, the movie will go out with a whimper and not a bang. 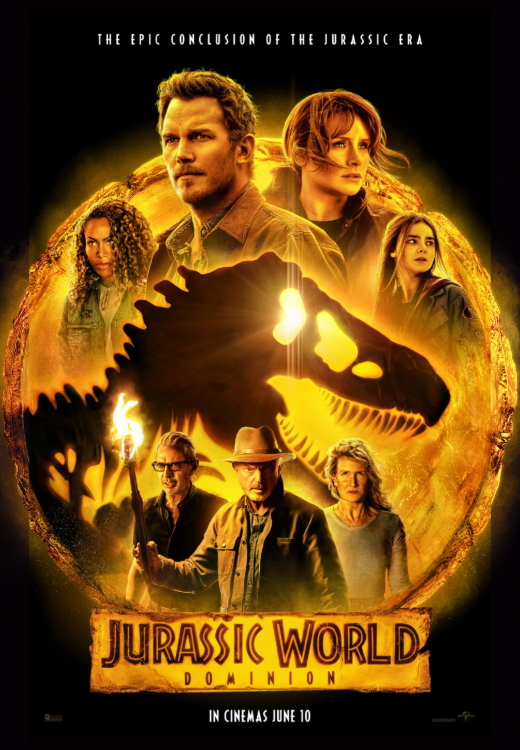 All I have to offer are fifteen thoughts to explain all the things I did not like about this lazy, meandering, slog of a movie.

1. The better the tech the faker it looks. These dinos have no weight. There’s a sheen to them. Some shots are better than others but most of them fail the believability test. It’s been said so often it’s almost trite, but it’s amazing how well the original movie holds up, and that’s because it had something this movie lacks… 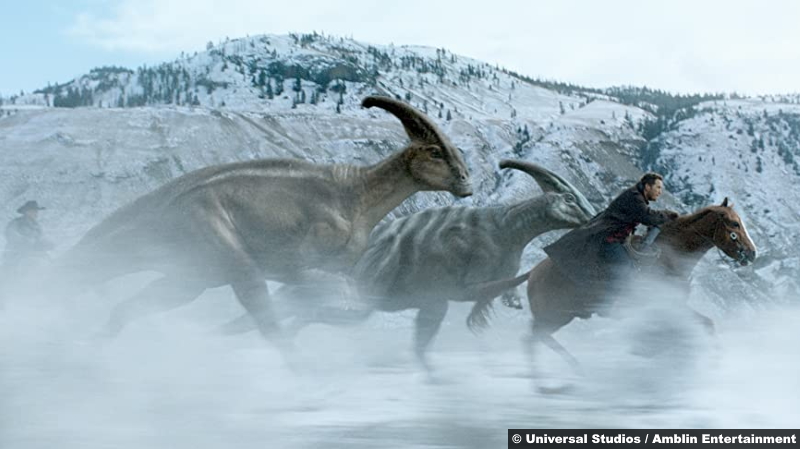 2. This movie needs a deft touch to balance the special effects and the story. The first movie didn’t just say “look dinosaurs!” The first movie gave equal time to the looks of awe on the faces of the people looking at the dinosaurs as it did to the creates themselves. We believed what we were seeing because they believed it. The special effects were carefully protected by Spielberg, and used sparingly, forcing the movie to rely mostly on its story, while the effects were what they should always be: sauce for the goose. This movie has no story. It has a plot. It has something that keeps the characters moving, but there’s no story. It is a movie trying to get by solely on its spectacle, but when the effects are as uninspiring as they are, the whole thing ends up feeling like a waste of time.

3. There will always be “moviegoers” who will dismiss any criticism of a movie like this. They will say “I don’t care if it’s dumb; it’s just a silly dinosaur movie.” It is for those people that movies like this continue being churned out. It is because of those people that better movies are not greenlit. The first movie was not dumb. It was not just a silly dinosaur movie and if you think it was you weren’t paying attention. Incidentally “not paying attention” is the only way I’d recommend you watch this movie.

4. Having said that, if your attitude is “I’ll see it because I love seeing dinosaurs!” I have bad news; the dinosaurs are barely featured. And besides, the only movie in this entire series that could get away with being “a must-see movie because of the dinosaurs” is the first one, which is the one with the best-told story of them all. As early as Lost World, the novelty of “movie with dinosaurs!” had worn off, something which I initially assumed was intentionally lampshaded in the first Jurassic World movie. Based on the two movies since, I think it’s safe to say I was giving that film too much credit. There’s no majesty here, and it’s not just because of the fact we’ve had half a dozen of these movies. It’s because there’s no longer an attempt to bring those feelings out of the audience.

5. The screenplay is pedestrian but serviceable, dialogue-wise, but the acting is blunt and flat and wooden and all the other superlatives you give to every kind of bad performance that’s not “so over-the-top it’s fun.” As for the actual “story” (whatever story there was), I’ll say this: Within just a few minutes of each act, I could predict where the plot was going, and it wasn’t because the movie does a good job setting things up. Rather, it’s because the whole thing was just going through the motions. A movie doesn’t have to be unpredictable, but if it’s not it better be either really fun or really well acted,  preferably both. This is neither.

6. The soundtrack is good on its own (of course it is; Michael Giacchino can do no wrong) but the way it is incorporated into the movie is a crime. The music is terribly obtrusive. It overpowers the dialogue, I assume because the acting is so mediocre (at best) that something needed to be done to distract us from it.

7. Yes, I’ll be the guy who makes a point of it, because I just have to: No lizard brain raptor—I don’t care how “clever” she is—thinks the way Blue does. It’s beyond science fiction. It’s just moronic. I know there’s a scene late in the movie when Ian Malcolm lampshades this (“You made a promise…to a dinosaur”) but that actually works against the idea. Yes, it’s made fun of but it’s still actually true. Blue clearly understands and is angry at Chris Pratt for losing her child and non-verbally demands he return the baby to her. And then, at the end, there’s a non-verbal “thank you” exchange. Malcolm is mocking the idea when, in the movie, the idea is true. I’m mocking it because it’s dumb. 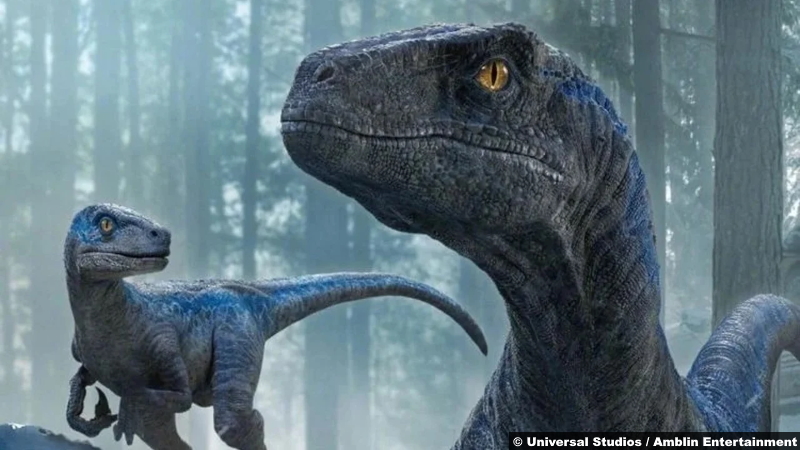 9. The bad guys have a Microsoft Surface Studio (such as the one I’m typing on right now) without a power cord. That’s a little thing and it doesn’t matter but still: Why do movies always miss these little things?

10. The direction and editing during dialogue scenes are the worst. They consist of simple shot+dialogue, reverse-shot+dialogue back and forth cuts. There’s no connective tissue between the shots. It’s like watching the Star Wars prequels. As abysmal as Episode IX was, I don’t know if Treverrow’s version would have been any better. If anything it would have been just a different flavor of abysmal.

11. The action scenes throughout the movie are loud, unthinking, unthrilling, and uninspired. There’s not a single scene that rivals any of the thrills from the first three JP movies, or even the first Jurassic World film. I can’t speak to Jurassic World Fallen Kingdom; I know I saw that movie, but other than the bizarre structure of it, very little at all sticks out. I’m pretty sure the first half was much better than the whole of this. Speaking of…

12. Dominion is two movies ping-ponging back and forth, which isn’t the same as Fallen Kingdom, which was the first half of a by-the-book, run-of-the-mill Jurrasic World movie, and the second half of a completely different, sci-fi channel original movie about dinosaurs. Someone took those two completely distinct movies, cut them in half and smashed the two ends together to make an abomination. Here, the editing is more traditional but the tones are still wildly different. The JW story is a post-apocalyptic action film. The JP story is a sci-fi thriller. Neither are handled well, neither compliment the other, and the convergence of the two threads in the third act should be a climactic moment but instead lands with a dud.

13. The movie desperately wants its big moments to land with a punch,  especially the third act team-up of OG gang of Malcolm, Sattler, and Grant and the new crew of…uh, Chris Pratt, Bryce Dallas Howard, and a small British child. Spider-Man: No Way Home this is not. The big team-up just doesn’t land. Maybe it’s because none of the movies after the first one have been particularly good so there’s not as much nostalgic goodwill built-up. Whatever it is, that moment, like all the others in this, felt perfunctory and dull. 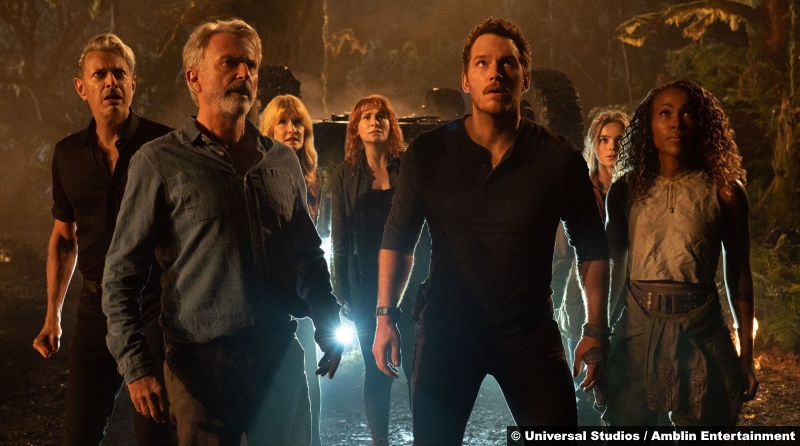 14. Oh my gosh, the movie is boring. Of all things, I would not have predicted it would be so boring. There’s a good half hour that could have been cut and it might have at least been tolerable to sit through. This is a movie whose setting features dinosaurs spreading out all over the world and the movie we got is small in scale and boring! How bad you have to mess up a Jurassic Park movie for the end result to be cinematic white noise?!

15. I think, at the end of the day, this franchise should never have been. It should have stayed a single feature film. I know Chrichton wrote multiple books but the first movie was not just a book adaptation; it was a filmmaker at his peak, using every available filmmaking tool at his disposal, to craft one of the greatest blockbusters of all time. It’s such a ubiquitous film that trying to follow it with a simple sequel (or five) just fails from the outset. You can’t compete with perfection. Jurassic Park is perfection.Jurassic World Dominion isn’t even good.

3/10 – Jurassic World Dominion sucks out all of the wonder, the mystique, and the awe that the original movie had and the first sequels tried to recapture. It is loud, dumb, and joyless.