I honestly don’t know how to review this episode.  This season is setting up a lot of convoluted plot beats and switching between them in a fragmentary fashion.  And some of those plot beats just…don’t make a damn lick of sense.

Why did Agent Wells take Picard and Guinan to the basement interrogation room?  What did he get out of it?  Fired, with a side of childhood trauma revisited.  Did any of what happened in that interrogation room matter to the plot?  Is it new Trek canon now that the Vulcans had been surreptitiously on Earth studying humans before First Contact? 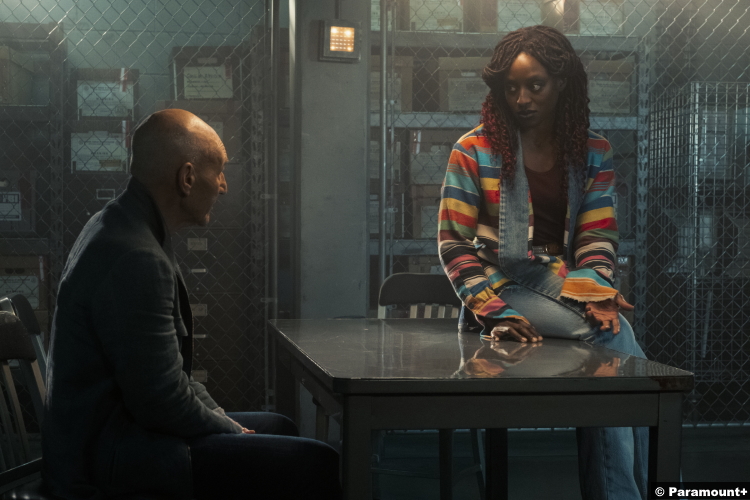 Why did Q suddenly show up in an FBI uniform and confront Guinan, and then what happened?  He just…wasn’t there anymore.  It’s interesting to see the interplay between Q and Guinan but that scene didn’t actually lead anywhere.

Where did Guinan get her telepathic powers?  I feel like I’m a pretty well-versed Trekkie but I don’t remember Guinan ever having the power to flicker the lights and appear as a Force ghost.  All to tell Picard something about being stuck in the past that would perhaps break through to Wells so he would get fired and let them go? 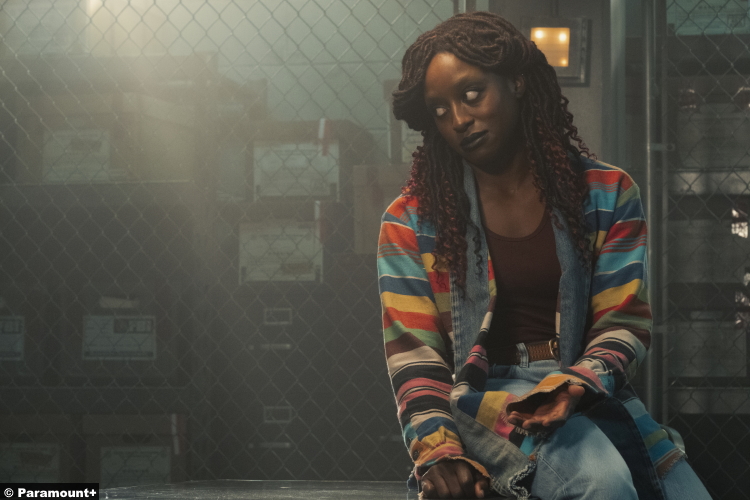 Why the literal hell did Rios beam Dr. Teresa and the kid onto La Sirena?  And now they’re stuck there?

Who the literal hell are the band of mercenaries that Dr. Soong summoned into existence so Borqueen Agnes can assimilate them?  How did he get in touch with them?

We get some answers, but this show loves nothing more than to reveal them in bad guy infodump speeches, so of course, we learn Dr. Soong’s role in the bad future because Quagnes just tells him everything.

We’re at episode 8 of this season, a season that started with a hell of a lot of promise, as a kind of love letter to Trek.  But it’s devolved into this scattershot confusing mess of a plot that I can’t make heads or tails of.

Still, let’s dive a little bit deeper into this maelstrom of confusion and see what we can grab hold of.

We start with footage of a kid running through dark woods and falling over.  He’s clearly running away from something, but what?  Vulcans, apparently.

Agent Mulder, I mean Wells, interrogates Picard and Guinan in a dusty basement – it’s clearly not an official interrogation, “super off the books” as Guinan says.  Wells is convinced that both Jean-Luc and Guinan are aliens.  Well, he’s half-right, at least, but the show chooses not to focus on the fact that Guinan actually is an alien.  For some reason, the one thing that Wells wanted – to find aliens – happens, but he sort of glosses over it.  He’s much more focused on Picard than he is on Guinan.  In fact, he sends Guinan to a separate room for…reasons, and that’s when Q shows up.  Guinan makes the “El Aurian encountering a Q” claw gesture at him, first seen in TNG, and that’s kind of cool to see, but their conversation is just weird. 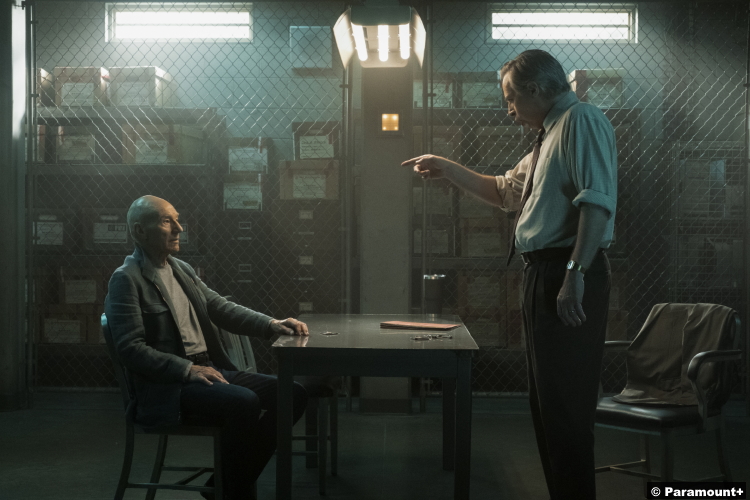 I’m going to jump back and forth a little here.  It’s clear that Agent Wells is worried that Jean Luc and Guinan intend to screw up the Europa mission, and if he alerts people to the threat, the launch will be scrubbed and the good timeline with it.

There’s another good scene between Raffi and Seven.  Instead of quippiness, we get pathos, and it works.  Raffi wants Seven to “Borg up” and use Seven’s knowledge of what it is like to be a Borg to track Juraqueen.  Seven prickles at this, rightly so, because she’s got a lot of buried trauma tied up in her assimilation.  Seven accuses Raffi of manipulating people – everyone needs to be where Raffi wants them to be – and Raffi, hurt by this but realizing Seven isn’t wrong, remembers how she pressured Elnor to stay in Starfleet, and that led to his death.

Although, really, that didn’t lead to his death, because he died in the bad timeline.  But dead is dead, I guess, and it’s hard not to mourn even if you have a glimmer of hope that your mission to fix time might bring back the one you lost.

Conveniently, there’s a guy who’s finally gotten around to cleaning up the broken window of the bar (come on, show), and so we have a clue to follow – a red-haired fellow and a direction.  Following those clues leads to the dead red-haired fellow and his cell phone, and ultimately to Queen Jurati, who is eating batteries in an attempt to generate nanoprobes to kickstart her ability to assimilate.  But there’s still a little Jurati left in there, and while the BQ is trying to kill Raffi, Jurati stops her.  And then just…walks off. 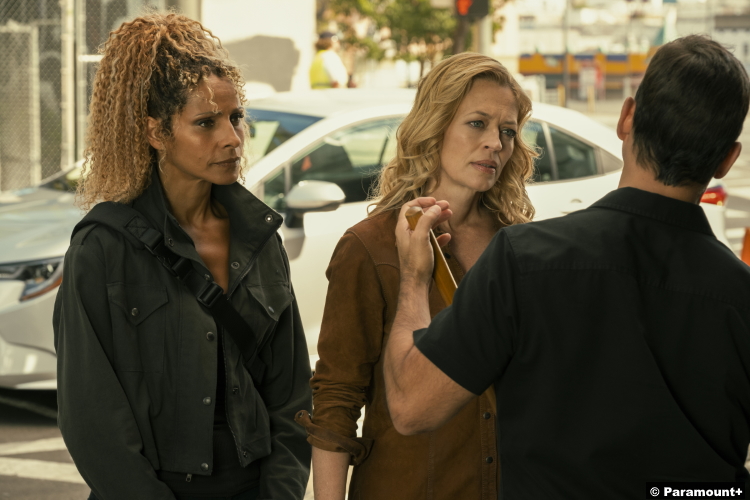 Raffi and Seven have the BQ in their sights, and she just…walks off.

What the hell, show?  Just shoot her in the back on stun, scoop her off back to the ship, and figure out everything else from there.  Ah wait, but the BQuati has the transporters under her control, so that won’t work.

And then we get the aftermath of Kore’s discovery of Dr. Soong’s real work – creating life through genetic manipulation, and she was just his latest experiment.  She chews him out, he goes off on a head-waggling bad guy speech about how he’s creating life, and she leaves him.  Oh, and Q just hands her the vial to cure her of her genetic disorders.  If Q doesn’t have his powers, how has he created this cure?? 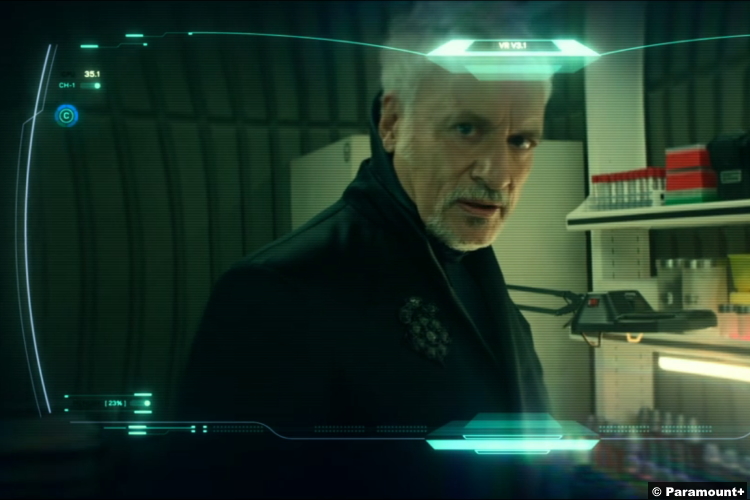 I just have to yadda yadda most of the rest of this episode, because I just don’t get where the hell this show is going right now.  Again, it started so strong, but now we’re at Episode 8 and the only thing the show seems to be doing is throwing more puzzle pieces down that don’t match the puzzle the show is already trying to put together.  It’s puzzling.

I got nothin’, folks.

4/10.  What the actual hell is happening with this show right now?? 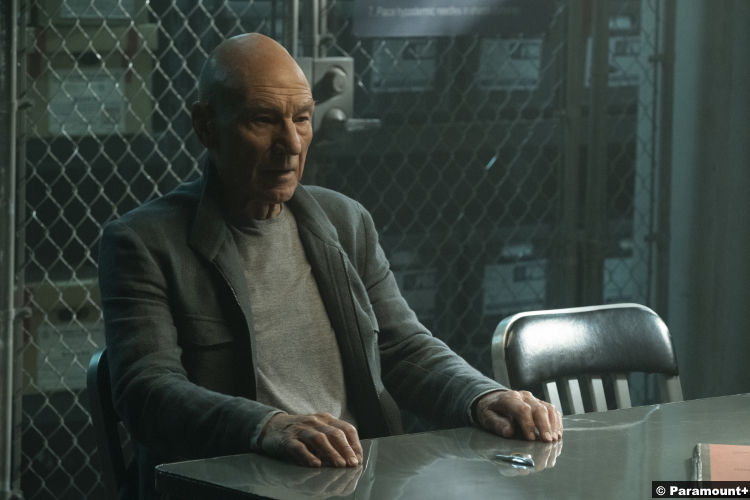