Now that the unhoused folks have apparently unilaterally decided to leave town, Percival can move on to his next project. As the title indicates, he’s going after the Serpents. More specifically, he’s targeting Toni.

First, he confronts her at a town council meeting, demanding she answer for the Serpents’ war with the Ghoulies. You know, normal town council stuff. Tabitha defends her, but the damage has been done. When Percival moves to have Toni removed from the council, Tabitha is the only dissenting vote. And just guess who’s going to take Toni’s place? 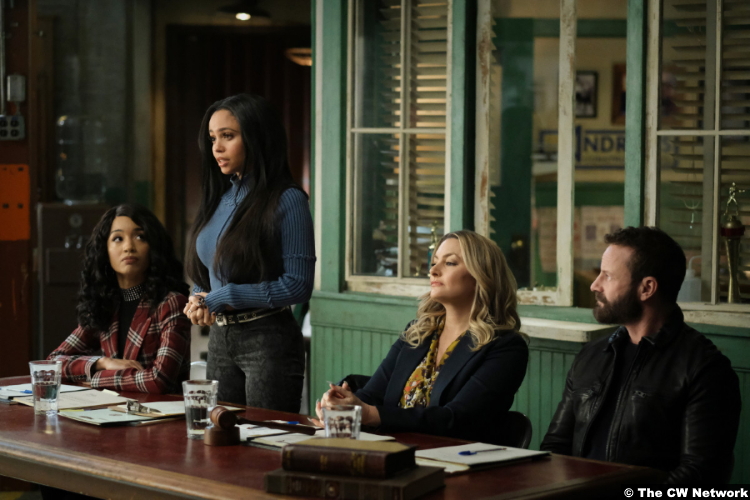 Unfortunately, that’s not the end of her troubles. First, the sheriff’s department raids the Topaz/Fogarty abode, looking for illegal weapons, which they find. Fangs admits that he was storing them for someone. Then unsurprisingly, children’s services pays a visit. Yeah, they tend to do that when you store an illegal gun cache and an infant in the same home.

This is ridiculous, of course. Toni is a good mother and she keeps a safe home for baby Anthony. Well, most of the time. When the agent from Riverdale Department of Human Resources or whatever asks to check on him, she and Toni find an empty crib and an open window.

Searches turn up nothing, because of course they do. It’s not until Toni gets a phone call from her Ghoulie rival, Twyla Twyst (Alaina Huffman), that it becomes clear what’s happening. The Ghoulies, who have also just used Pop’s for drive-by shooting practice, have the baby. They’re using him as leverage to force a rumble.

And as I said before, Toni, come on. You’re a blazer-wearing guidance counselor. Why are you indulging in this nonsense? Then there’s Twyla. The way they style her makes the actress look much older than she actually is. I was like, ma’am, why are you doing this at your big age?

Must be all that pushin’. Anyway, the rumble is just an excuse for the sheriff’s department to have “a turkey shoot” with the Serpents. Luckily, because Toni starts livestreaming when the cops show, it doesn’t turn out that bloody, although they do arrest her. Then Kevin informs her that he’ll be filing for primary custody. I can’t tell, though, if Kevin thinks he’s just doing the best thing here or if it’s another Percival push. I guess he just gave up on those Broadway dreams. 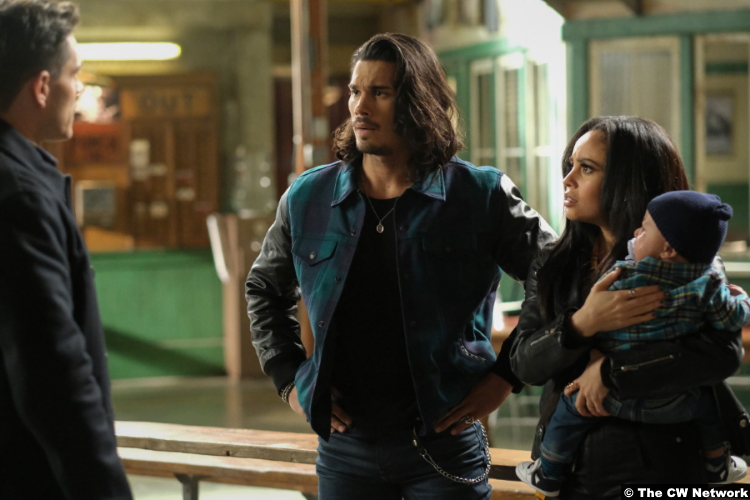 And speaking of Percival’s unnatural ability, you might be wondering where the Ghoulies were during all this. They were a no-show, partly because this was all a set-up for the Serpents. The other part is that they were very busy being dead. However, as the weirdo love of my life, Dr. Curdle, Jr., tells Betty, the deaths don’t seem to be involuntary. Rather, it appears as if the Ghoulies decided to die in a mass suicide. Huh.

By the way, I love the scene where aura-seeing Betty, invincible Archie, and mind-reading Jughead all wonder how Percival could possibly have a super-power. Archie at least points out that Percival wasn’t part of their bomb experience, which apparently gifted their own powers. But maybe he was. Maybe he shot through the parallel universes when the creation/destruction happened. Who knows? Perhaps Bingo, who didn’t weigh in on the topic.

Incidentally, while they help with the search for baby Anthony and brainstorm ways to fight Percival, they have their hands full with a bigger threat. That, of course, is Cherigail, who’s decided to kill them. It’s because of what their ancestors did, I think, but no one really needs a reason on this show to become homicidal suddenly. 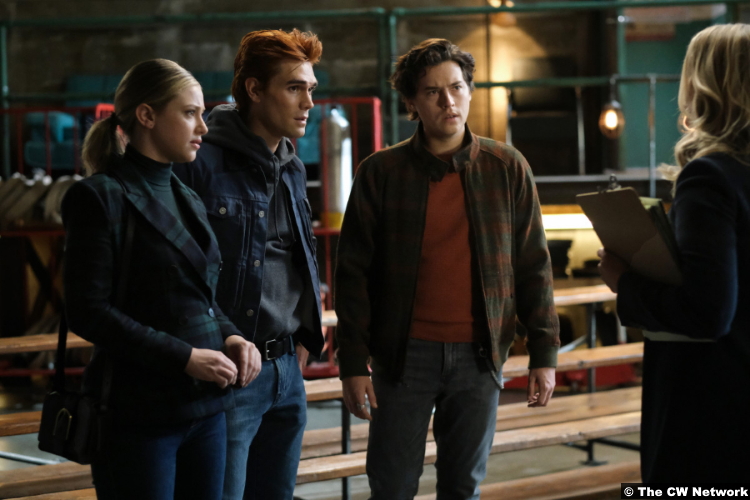 Jughead’s able to figure out what’s going on when Britta lets him read her thoughts. So, in a scene that would be absolutely wild on any other show, the trio–along with Britta, a freed Nana Rose, and that terrible Jason doll–performs a magic ritual. They get Abigail out of Cheryl, but they haven’t lost her yet. Now she’s in the doll, because obviously.

Meanwhile, the show maroons Reggie and Veronica in their own plot. It’s not a bad story, but it makes them feel like they’re on a completely different show. They do have some interaction with the others–Veronica tells them about Percival’s murky past, for example. But for the most part, it’s just them. And Reggie’s dad, who will die without a transplant. That means that Reggie indulges his gambling habit, even though he’s not very good at it. Reggie starts keeping secrets from Veronica, which is a bad idea. There’s already friction between them, and this town doesn’t need any more of that.

8/10 – Percival is proving to be an interesting villain, much more so than most I can recall in the past. He is annoying, but in a good way, where I can’t wait to see him get his comeuppance. On the other hand, as I said, I wish they’d blend the Veronica/Reggie–please don’t make me say “Veggie”–storyline more into the rest of the plot.