Hello, my lovelies, and welcome to Lovecraft Country. If you haven’t read the book by Matt Ruff, then all you need to know is that it follows a family in 1950s America who confront literal and figurative monsters. It’s inspired in part, obviously, by the works of HP Lovecraft, who, in addition to being a wildly inventive writer, was crazy racist. And I don’t mean just regular degular racist. I mean he was the kind of person who names his pet a racial slur (actually true) and passes along stereotypes you’ve never heard from anyone else, like that Swedish people can’t count the number 15. (Him doing that is not factually true, probably, but it’s spiritually true.) 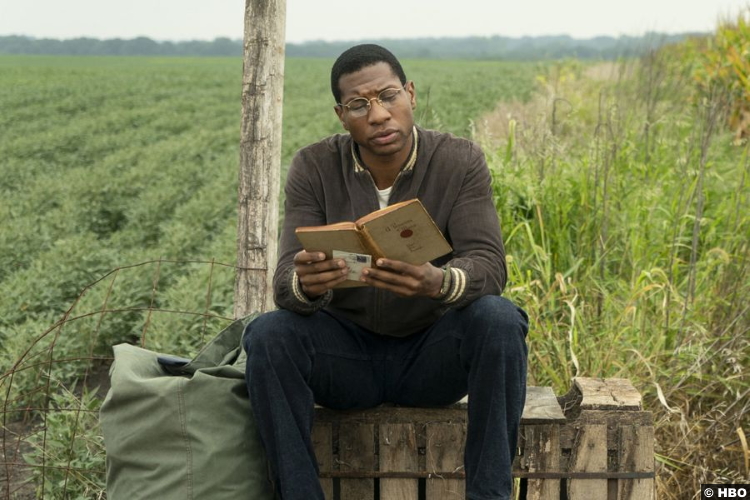 So Ruff, and by consequence, the show subverts our expectations by focusing the action on a Black family. Our entry point into this family is Atticus (Jonathan Majors), a Korean War veteran returning home to Chicago from a sojourn in Florida. We actually enter the story through his dream, a stunning opening sequence that’s mostly a melange of his wartime experiences and his favorite books, including A Princess of Mars. Jackie Robinson even makes a cameo, because even a Lovecraftian creature is no match for his swing.

Atticus is coming home to Chicago because his father Montrose (Michael K. Williams) has written him a concerning letter. According to Montrose, he’s gone off in search of clues to his late wife’s mysterious ancestry. This is worrisome for Atticus, in part because his dad clearly didn’t expect to be gone that long. And also because his dad is apparently in “Lovecraft Country,” as his letter says he’s gone to Arkham (a locale in Lovecraft’s stories). Atticus’s uncle George (Courtney B. Vance), the publisher of a guidebook for Black travelers akin to the Green Book, quickly points out it actually says Ardham.

Not that that makes it much better. As Atticus goes looking for his dad with George and their family friend Leti (Jurnee Smollett), there’s nothing particularly supernatural about the world through which they travel. But still, menace seems to lurk around every corner. 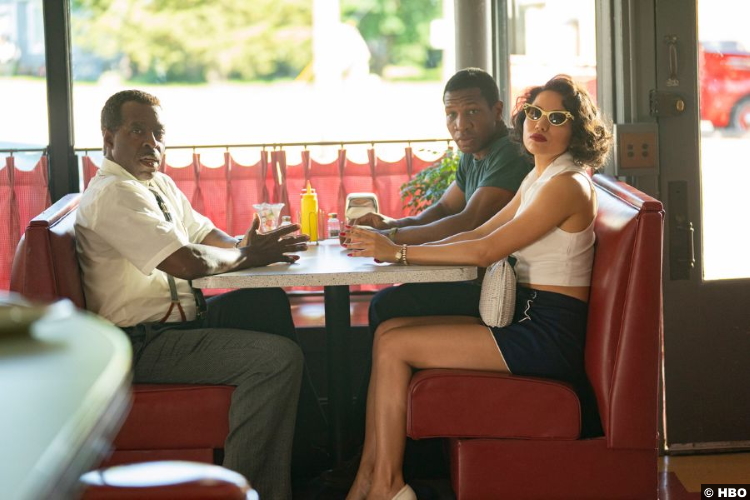 One of their first bad experiences comes when they stop at a diner recommended by one of George’s scouts. Something has happened, though, since the scout stopped there. Leti overhears a disturbing conversation in the back, while Atticus and George sit in a booth and start to put it all together. Atticus points out the gleaming white walls. No long-existing greasy spoon should have walls that clean. They invoke the story of the White House, repainted after its burning during the War of 1812.

By that time, though, Leti is on the move, hollering at them to get out of there. They’re then chased out of town by a truck carrying locals. They engage in a firefight, but a mysterious woman in a silver car comes to their aid. Incidentally, it looks like the same car folks saw Montrose in, before he disappeared.

But the danger’s not over yet. After a stop at Leti’s brother’s house, which further illustrates her alienation from her siblings–including sister Ruby (Wunmi Mosaku)–the trio take a bathroom break off a road in a wooded area. In Every Dead Thing, John Connolly wrote, “It is easy to get lost in the darkness on the edge of modern life, and once we are lost and alone, there are things waiting for us there. Our ancestors were not wrong in their superstitions: there is reason to fear the dark.”

It’s not dark yet for them, but it soon will be. And that brings its own dangers, as an encounter with a police officer shows. They’ve inadvertently stopped in a sundown town, a town in which Black folks are advised to leave before the sun sets. That seems arbitrary–why sunset?–but I think it’s part of a practice intended to keep them from living there. 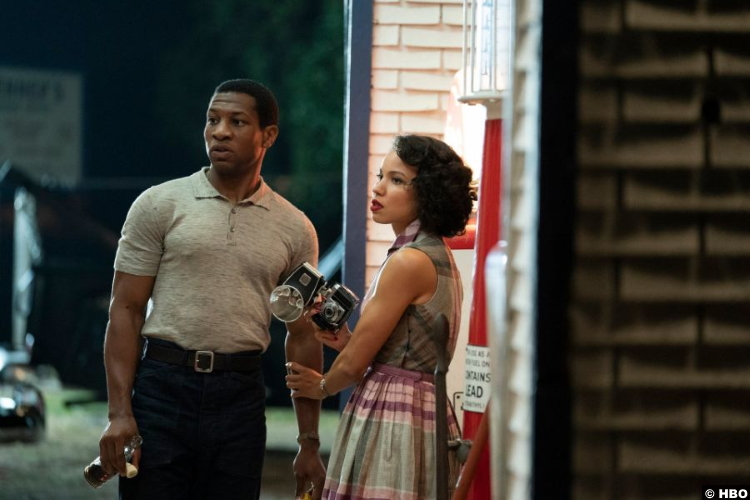 In any case, after the cop forces Atticus to humiliate himself, he allows them to leave, provided they can cross the county line before the sun sets. They just barely make it and then are stopped on the other side by the new county’s sheriff and his men.

Whatever terrible fate they’d planned for Atticus, George, and Leti doesn’t come to pass, though. As soon as the sun goes down, creatures, who look unnervingly like the shoggoths Atticus had just described to Leti, descend on the group. They tear a chunk out of the sheriff and kill some of his men. (When the scary monsters were attacking, I lost track of how many deputies there were, I’m sorry.)

They all hole up in a cabin, but let Leti retrieve the car, after George realizes the creatures are sensitive to light. It’s a sign of the times that even when the sheriff transforms into one of these horrible things, his deputy refuses to shoot him. Instead, he keeps his gun trained on Atticus. That’s how you get eaten by a foul beast, son.

When the sun rises again, the trio, covered in mostly not their blood, make their way to an imposing mansion. The silver car sits outside. A young man opens the door before they can even knock and their appearance doesn’t seem to move him. Because he’s been waiting for them.

10/10 – I loved the book and this is a bright and brilliant adaptation so far. The traveling montage, with its James Baldwin soundtrack and visual allusions to Gordon Parks’s photography, was outstanding.

Also, on an extremely shallow note, I would like Leti’s entire wardrobe, thank you very much in advance.