You know, there’s a theory that Disney (the company) called the movie Frozen to bury searches regarding the urban legend that Walt Disney had his head and/or body frozen. (So if you google “Disney frozen,” then the top results are all about the movie.) I don’t know if that’s true or not, but I had the same thought regarding the title of this episode.

Well, actually, that was my second thought. My first thought was, I can’t believe it’s taken this long to call an episode “Unbelievable.” As this show has a long history of…let’s just say, fanciful plots, it seems like they would have gotten to this title before now. 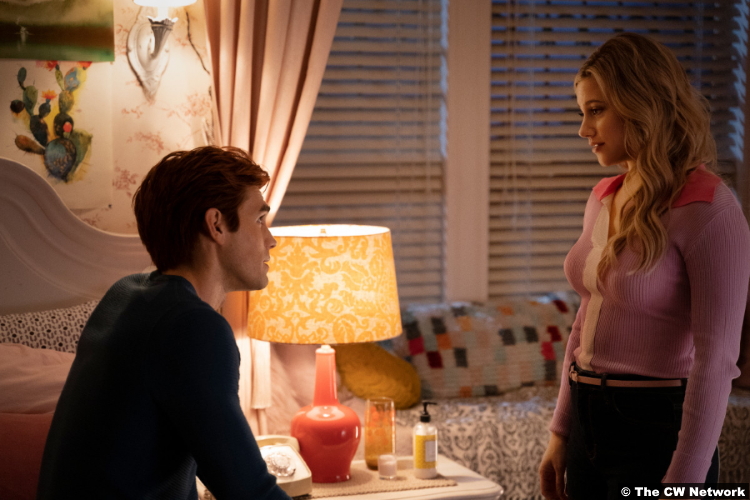 Anyway, where are we? I mean that literally, or at least, in the context of the show. When we last left, we were back in Riverdale and a bomb had just gone off. As the show comes back, we find out the consequences of the bomb…sequences. (Sorry, that just felt right.)

Thankfully, everyone in the Andrews house made it. I don’t remember where Uncle Frank was during the whole shebang, but it doesn’t matter now. He’s alive, as are Archie, Betty, Jughead, and Bingo. THANK GOD for that last one. However, none of the four are unaffected.

Betty, for one thing, seems to be seeing people’s auras. That could be disturbing, but she finds a way to make it work for her in her career as an FBI agent. Meanwhile, Archie is invincible? I mean, yeah, we knew that. See also: That time he fought a bear.

However, Jughead and Bingo have slightly different experiences. Bingo does heal supernaturally quickly, but he had to break all four legs–poor doggy–in order for them to find that out. Jughead, on the other hand, has lost most of his hearing. That seems strange when he was furthest from the bomb, but I have a theory. 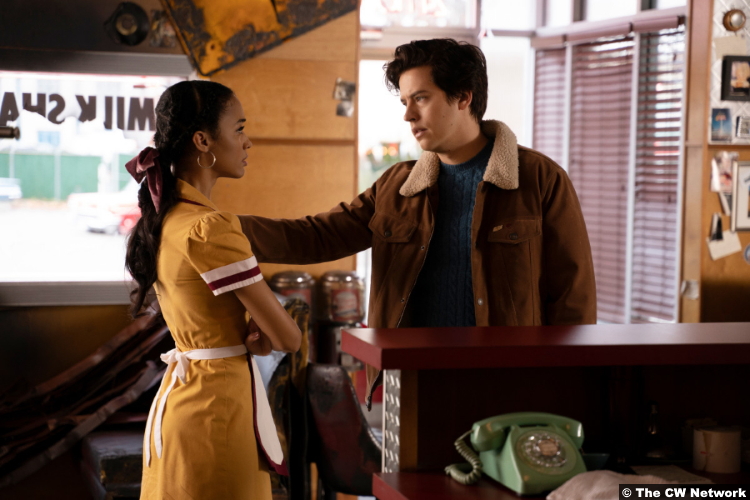 It occurs to me that whatever happened when the multiverses near-collided enhanced traits they already had. So Betty, who profiles people, gained the ability to do that definitively. Archie, again, once fought a bear and lived to tell about it.

As for Jughead, he maybe has the tendency to not hear the world when he’s working. I don’t know for sure–again, this is just a theory. And I don’t have enough character background on Bingo to see how he fits. I’m really just spitballing.

Anyway, moving on. After she realizes that daddy dearest was behind the bomb plot, Veronica puts a hit out on her dad. However, when Reggie’s father has a heart attack, Veronica has second thoughts. Seeing how emotional Reggie is, especially since he and his father just reconciled, makes her think…what, exactly? That Hiram can be redeemed? How many times do you have to touch that hot stove?

It doesn’t matter now, though, because when she calls the hitman, he turns out to be wildly efficient. Hiram is already dead, as far as we know for now. But of course, he finds a way from beyond the grave to be annoying.

In the wake of his death, Toni and Fangs want to parley with the Ghoulies. Maybe they can let everything be bygones, especially now that Hiram, who was funding them, isn’t around. The Ghoulies leader, Twyla Twist, is in full peace-was-never-an-option mode, though. Someone is still paying the Ghoulies, so they intend to complete their assignments.

Number one is to kill Archie. Superpowered Archie meets them halfway. Although he does beat them up real good, all it really does is ignite the war between the Serpents and the Ghoulies. Hey, he got super-strong, not super-smart. (Number two, by the way, is to destroy Riverdale. Yeah, yeah, we’ve heard that before.) 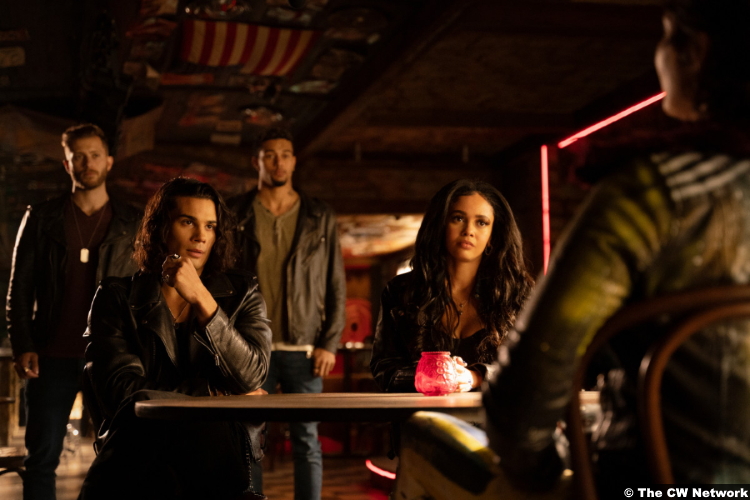 So Kevin puts his Broadway plans on hold for the time being so he can help take care of baby Anthony. Well, that’s nice of him. Someday, you’ll get your own plotline, Kevin. I hope.

At the same time, Cheryl realizes that she must have accidentally invoked Abigail Blossom’s curse. When she tries to reverse it, though, something or someone keeps disturbing the altar. Finally, she realizes it’s young Britta, who’s become a host for Abigail’s spirit.

Cheryl successfully removes Abigail from Britta, but sadly, the danger is coming from inside her own house. As she exorcises Britta, Nana Rose is doing a separate spell to transfer Abigail’s spirit into Cheryl. So we’ve got that going on now.

Finally, speaking of exorcising, Betty manages to do just that with Glen. She has him removed from duty after he gets drunk and handsy with her. That would have been a bad enough turn for him, but it gets worse. TBK kills him, but not before telling him that he’s doing it for Betty. Great.

8/10 – Honestly, this show is at its best when it leans into its wilder (and sillier) instincts. And if it’s going full-supernatural, then good. Let’s get bananas.

PS: I didn’t make up the Frozen thing.