This show, as we all know, is my usual source of absolute bananas goings-on. However, it took me a while even to watch this week’s episode because I had to get over the real-life shenanigans that took place at this year’s Oscars. If you manage to out-do the plotline of Riverdale, then you know you’ve gone too far. In contrast to the slap heard ’round the world, this episode could seem kind of muted.

Of course, kind of muted on Riverdale is still a mite bit wilder than any other show. To that end, we’re still dealing with supernatural phenomena, a killer in a duct tape mask, a super-dog, possession, and family issues from beyond the grave. So, you know, normal. 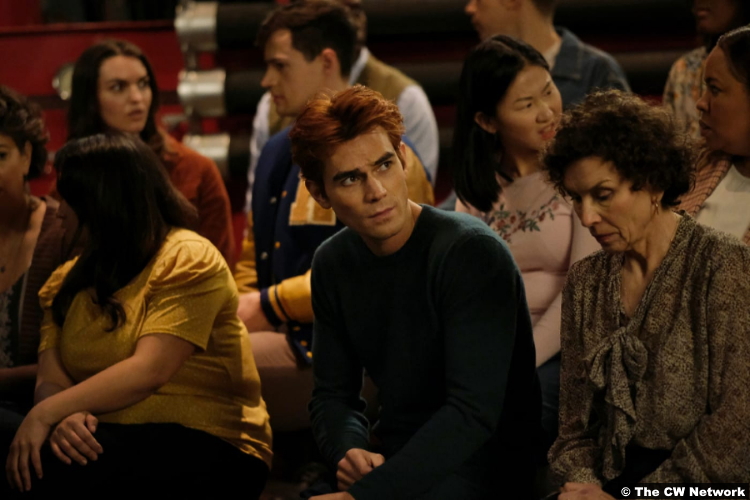 Since this episode was all over the place, let’s just start with ol’ duct tape face himself, TBK. Betty finds out that Glen is missing, last seen at Pop’s. Of course, we know his ultimate fate, because we saw it last week. Once body parts start coming to Betty in the mail, though, she thinks that TBK is holding him captive.

Then I had one of those moments I have often watching this show. A kind of come-to-reality moment, wherein I question if I saw what I thought I did. Maybe Glen is still alive. Or maybe, since we’ve entered the supernatural…er era, things have changed. Perhaps Riverdale is like Mrs. Kersh describes Derry in It Chapter Two, where “No one who dies here ever really dies.”  (Except, sadly, Fred.)

Anyway, it becomes clear by the end of the episode that Glen is probably actually, really dead. I mean, unless he’s developed some regenerating superpowers. But probably not. And speaking of superpowers, Archie’s and Betty’s seem to be fading.

Betty, for one thing, is now developing massive migraines every time she tries to look for auras. Meanwhile, Archie is able to sustain injuries again. He decides that it has something to do with a piece of palladium that “Dennis,” who’s on the renovation crew for Archie’s house, found. You know, like it’s Archie’s kryptonite or something. Sure.

I’m not sure what that has to do with anything. (Please copy and paste this sentence into every review of this show.) It certainly doesn’t seem to have anything to do with the effect on Betty’s power, since she hasn’t been around the palladium at all. 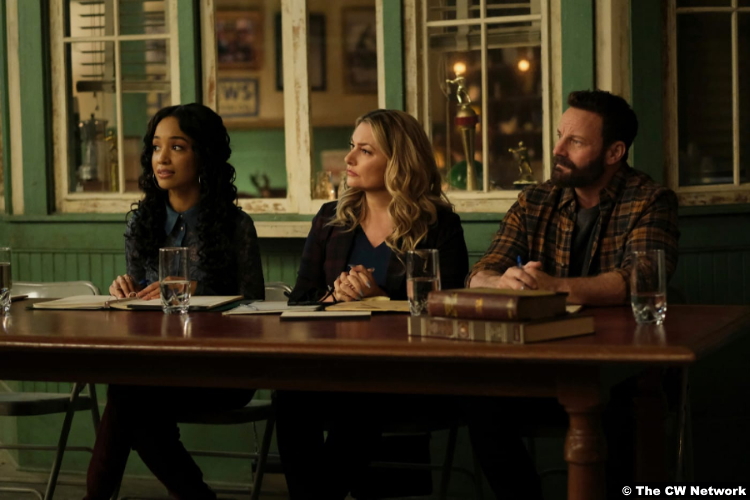 But that’s all a distraction for the main event for them, which is the reveal that Dennis, or whatever his real name is, is the TBK. Or at least, that’s what they want us to believe right now. We find out his alter ego when he attacks Archie, then dons the TBK garb to try and kill him. Unfortunately for him, Bingo the wonder dog yeets Dennis out the window. Alright.

Betty decides that the only reason TBK is in town is because of her. Accordingly, she’s going to leave so he’ll follow her away. What is he, a cat? Anyway, I’m not sure that we can say definitively that he’s the TBK. After all, in this very episode, the TBK had some poor sod wear his mask to deliver a message to Betty. (The message was more Glen body parts.)

At the same time, Veronica’s coming to terms with her father’s death. That’s supposed to be the main plot for this episode–see also: the title–but it doesn’t feel like it. Anyway, she has a nice moment with a returning Hermione, though. She also gets to hear her father’s last words, which were all love for her. It was sweet, but also kind of weird, considering he does have another daughter.

Meanwhile, over at Thornhill, Nana Rose’s nefarious plan has already gone awry. She’s very chatty about it to Britta, which is a good thing, since someone is going to have to clean this up. She outright tells her that she transferred Abigail’s spirit to Cheryl.

She did this, by the way, because she wants Abigail to retake Riverdale in the Blossoms’ name. Once Abigail gets a look at Toni, though, she starts calling the shots. Toni, of course, is the spitting image of her ancestor (?) Thomasina, with whom Abigail was in love. Abigail is elated to find out that in modern times, she could have a relationship with her in the open. 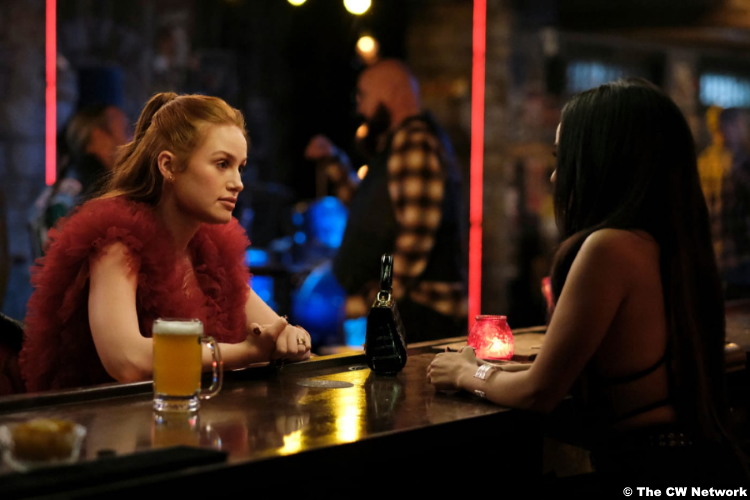 However, there’s a Fangs Fogarty-sized obstacle in her way. (Remember, he was “Fen” in the flashback, who killed Thomasina and cursed Abigail to an eternity without love.) It’s no matter, though. She’ll take care of that and she’ll take back Riverdale, too. And since Nana doesn’t like it, she can rest her heels in the stables, where Abigail imprisons her.

But it’s not all murders and grandma captivity this week. There is also Jughead’s story. As he used to write by hearing the words, much like how I read my sentences as I write, he has to get used to a new way. He turns to graphic novels instead, where he can see the story. That’s pretty cool for him. Also cool for him? He thinks he hears Tabitha say something, but actually, he’s started hearing her thoughts now. Sounds about right, no pun intended.

7.5/10 – This was not a bad or boring episode, but it was hard to focus (and not just because of, again, the absolute wild night beforehand). It felt like they tried to give equal weight to each story, which left it all feeling scattered.

And I didn’t mention him last week, so I should probably mention him this week. That Percival Pickens (Chris O’Shea) fellow sure is up to no good, ain’t he?