When I’m wrong, as I often am, I’m not afraid to admit it. I’m not omniscient, obviously, so when I speculate, I expect that my guesses won’t always hit the mark. And I could still be wrong in my conclusions about this episode. If I am, I’ll own up to it. But for now, ha.

As I said last week, I wouldn’t be surprised if this week opened with like, Ronald “wheezing in a hospital infirmary.” As the show has dragged the Ronald/Legarski storyline beyond all comprehension (and my patience), I just assumed that they’d find a way to keep doing it. And I get it to an extent. I’m sure I’ve said before that Brian Geraghty is a great actor. So is John Carroll Lynch. I can see why you’d want to keep them on your show. 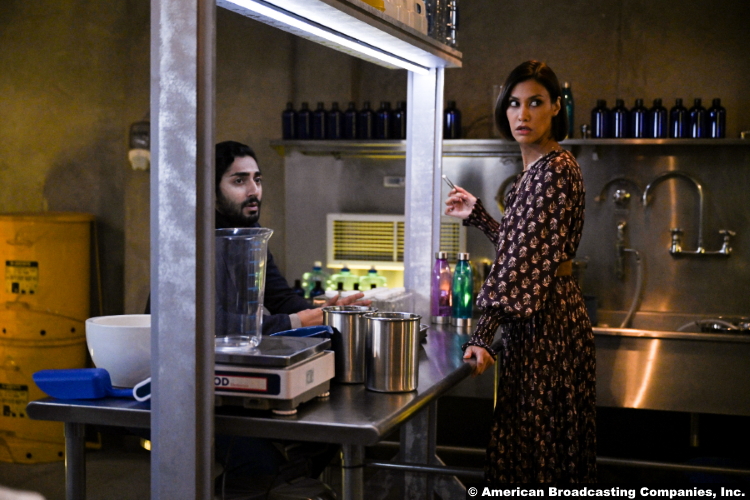 As good as they are, though, they can’t make this storyline feel vital. It feels a lot like an attempt to give Cassie something to do. It feels like a plot decision, something they do because the story needs it, much like their sidelining Jerrie. Technically, yes, everything is a plot decision, but it shouldn’t feel as obvious as this.

But now that I’ve gotten that out of the way, so is Wolf. By that, I mean that a representative from the syndicate murders him in the ambulance. I am going with definitely dead here, even though they’ve left Wolf for dead before. And again, please show, do not roll out a secret Legarski triplet.

As for Ronald, he too seems to have shuffled off this mortal coil. Scarlet, of course, is still in the wind. I guess they’re keeping her plotline on ice, just in case they need to return to it in the future. In the meantime, Cassie is deciding to take some time off. Okay, I guess. As she runs a detective agency, though, I wish they’d give her some smaller cases to do, especially now that Jenny is a sheriff’s deputy.

To that end, Sheriff Tubb reminds her that Cassie is not actually her partner. Poppernak is. And as I just expressed appreciation for his character, the show predictably puts him in danger this week. That comes, by the way, when they find Bob’s house.

The advance team finds Bob’s creepy wooden man hilarious. They’re joking around with it, wiggling its arms, and it’s not really that funny. It becomes markedly less so, though, once Jenny realizes it’s wired to a bomb. She and Poppernak manage to get clear of it, although he’s now in the hospital. The redshirts playing around with the dummy, however, are no longer with us.

Having escaped last week, by the way, Bob has made no moves to leave the area. In fact, he gets aggressive, hijacking one of the first trucks to leave with the Bhullar goods. That puts Ren in a foul mood, but things change once Dietrich turns Bob over to Donno and Dhruv. Gee, it’s a good thing Bob doesn’t know any vital information about one of the Bhullars’ new employees. 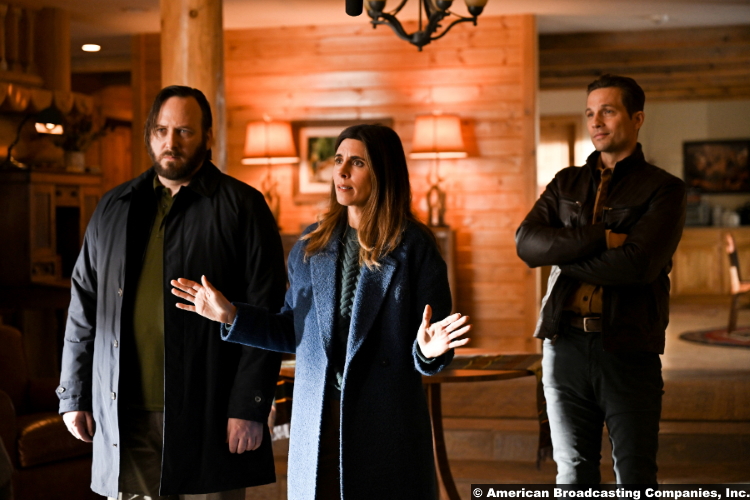 On that note, Jenny contacts Travis’s handler, Lila Dodge, this week. She’s concerned about him, as anyone would be, because he’s playing way too many sides at once. He doesn’t still have to play the Dietrich side so hard, of course, but he is still lying to Jenny and of course, the Bhullars. (For Dietrich’s part, incidentally, on Veer’s orders, he takes a beating from Jag. But he keeps his mouth shut about “Stone.”)

The handler is glad that Jenny got in touch because Travis hasn’t been checking in like he’s supposed to be doing. In fact, he hasn’t done an official catch-up in months. The handler also dispels his official story about why he’s so obsessed with Veer, et al. His official story, if you recall, is that Veer killed his partner.

Dodge says that actually, Veer killed his own employee, a woman that Travis had turned into an informant. Well, we assume that she’s dead. She disappeared after Veer found out she was disloyal. Travis was apparently in love with her, though, and this is the basis of his big grudge against the family. Hmm, perhaps Poppernak had a point when he told Jenny to be careful around Travis. 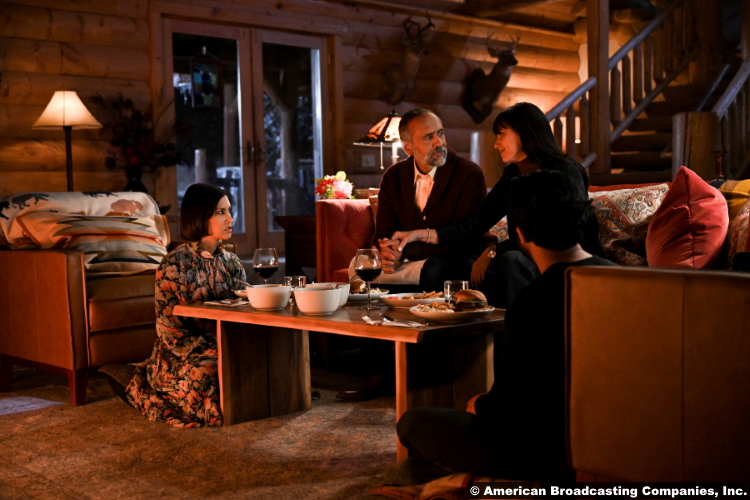 Actually, being careful would have been a good tip for Travis, too. He returns the money bag to Ren this week, putting him in her good graces. She’s less sanguine, though, when she invites him over later. That’s because her new captive, Bob, has told her that she has a fox in the henhouse. I’m not sure why anyone would trust Bob, but I guess that it’s more of a case of Ren not trusting anyone. She’s just waiting for people to disappoint her.

Travis stays pretty cool under pressure. Well, if by “cool” you mean that he answers Ren’s query by stabbing Bob in the neck. Is that something a cop would do? Wait, do y’all really want me to answer that?

8/10 – Alicia is definitely up to something, but she may not be undercover like Travis. Maybe she’s just an ambitious gal who wants to take over the business, especially in light of Veer’s apparent failing health. We’ll find out, I’m sure. As for the rest, yeeees. Finally, some real intrigue.

I’ve never actually read the novel that gives this episode its title. In fact, I haven’t read any Annie Proulx. Should I?