BOOK REVIEW: The Women of WrestleMania is a balanced take on an under-valued slice of history

By Matthew Martin
Wrestling Book Reviews
This page contains affiliate links. At no additional cost to you, we may earn a commission if you click through and make a purchase. Learn more

CultofWhatever was fortunate to get our hands on a copy of Jason Norris’ newest book, Women of WrestleMania. The book accomplishes exactly what it sets out to do and no more. It is a stripped, down, data-heavy, examination of the way female wrestlers have been used by the biggest wrestling company on the biggest wrestling show of the year. Could there have been an even more data-heavy, research-exhaustive look at all PPVs across the board? Sure, but Norris understood that only a key sample was needed to extrapolate his conclusion, and there is no better sample than WrestleMania. The event has been running for nearly four decades, has lasted across all the era-changes, style-changes, popularity shifts, and more. 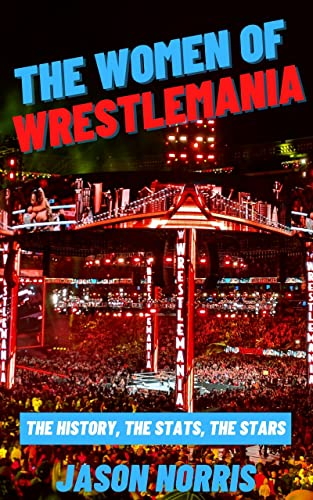 If there was ever a show to pluck your data from, to get a sense of the overall approach of WWE, WrestleMania is it.

From the days of Hogan and the shimmering silver WWF logo, to the cartoon world of Bret Hart, to the scratchy, rough and attitude-saturated days of Steve Austin, to the F-outted ruthless aggression days of Cena, to the stale, safe, tired era of today, wrestling has changed wildly over the years. In fact, there are only two things that have existed as unshakeable bedrocks of the WWF/E through the decades. When even the name of the company itself isn’t safe from change, these two evergreen things have persisted. One is Vince McMahon. He is the brain. He is the voice. He is the architect of it all, the arbiter of all disputes, and the final decider for everything that happens on screen and off in WWF/E.

The other evergreen is WrestleMania. Though it’s possible in a few years, if Vince is still calling the shots, he might decide on a whim to shorten the name to “Mania” or rename it something like “Sports’a’Mania” or “WWE Mania” or “Sports Entertainment Mania” or something else that everyone other than he will hate, for right now the show is the show. Saudi Arabia might cut a check for a show that brings in more money than all past Manias combined, but WrestleMania remains the main-event of main-events. It remains the show Vince McMahon considers his ultimate litmus test for where his promotion is and, by extension, where he thinks his talent falls on the pecking order.

What Women of WrestleMania illustrates, using only one basic metric—if, when, and how women were featured on the card—is that WWF/E and, by extension, Vince McMahon has never had a high opinion of women wrestlers, does not value women’s wrestling on the same level as men, and only features women’s matches in a significant way when there is a once in a generation factor that forces his hand (and only when other factors he ordinarily favors have been otherwise diminished).

The book is divided by era, exploring the birth of WrestleMania (1-3), the peak of WrestleMania (4-8), the New Generation years (9-13), Attitude Era (14-18), Ruthless Aggression (19-22), the so-called “mainstream” era (23-30), and finally the “evolution” era. Those last two names were coined by the author, to give titles to a stretch of years (including the present) that feel largely homogonous, stale, and samey. Within each era, the various WrestleMania shows are summarized in general, with special emphasis placed on how and to what extent the various female entertainers and wrestlers were spotlighted. In addition, sprinkled throughout the book are various spotlight chapters, highlighting contributions of key people in the women’s wrestling movement, such as Miss Elizabeth and Fit Finley (credited with training many women of the previous and current generation).

Taking any chapter on its own merits likely results in an unenthusiastic “that’s it?” response from the reader. After all, each chapter is little more than a summary of the women’s match (or, on rare occasions, matches) and the quality thereof. However, it’s not the pieces but the whole that counts here. The whole narrative, laid out from the beginning of the book to end, tells the story of a company that consistently had some of the most popular acts at its disposal (Cindi Lauper, Miss Elizabeth, Sensational Sherri, Sable, Sunny, Trish, Lita, Bayley) and rarely used them to the best of their ability, or in a spot where they would have had the biggest chance to make an impact on the biggest show of the year.

Even in the modern era, where Becky Lynch, Charlotte, and now Ronda Rousey regularly main-event TV shows, occasionally main-event PPVs, and have even main-evented a WrestleMania; there exists, in their promotional emphasis, an unmistakable sense of desperation (the men’s roster hasn’t been this superstar deprived since the New Generation era), mixed with a transparent attempt to appear “progressive” by doing something as routine as featuring women on the marquee (so modern, so progressive). It might seem like women wrestlers in WWE are living in a golden age, and maybe they are when compared to how things have been, but if Women of WrestleMania shows anything, it’s that women wrestlers in WWE have been so poorly valued and so lightly treated for so many decades that even having the slightest bone thrown their way is considered a golden age.

And that is sad, indeed.

8/10 – Women of WrestleMania is a bare-bones, encyclopedic look at the history of WWE’s reluctance to feature women on their biggest show. It lacks a bit of style and depth, but it makes up for it by laying out cold, brutal facts in an uncompromised manner. 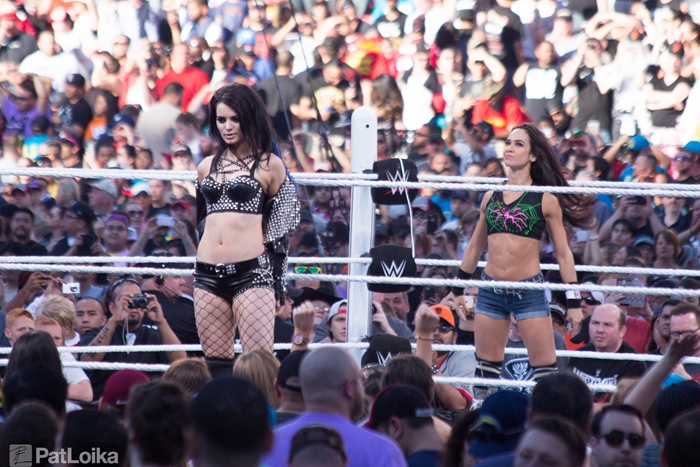