Nora Greenwald aka Molly Holly is one of the greatest women’s wrestlers ever to step foot inside the squared circle and her accomplishments include being a two-time WWE Women’s Champion and a one-time WWE Hardcore Champion.

The Academy was modelled after the WWE Performance center and offers in-house many of the same modules that were created for the WWE Performance Center including Personal Training, regular Guest Coaches, Diet/Nutrition and Meal Planning, cloud-based digital Promo Studio and more. The regular coaches at The Academy include wrestling veterans from WWE, TNA, Ring of Honor, Dragon Gate, AAA, All-Japan and more such as Arik Cannon and current WWE Superstar Ariya Daivari.

We caught up with Nora to talk about her career highlights, getting to missile dropkick Kevin Nash, her thoughts on the current WWE women’s division and much more. 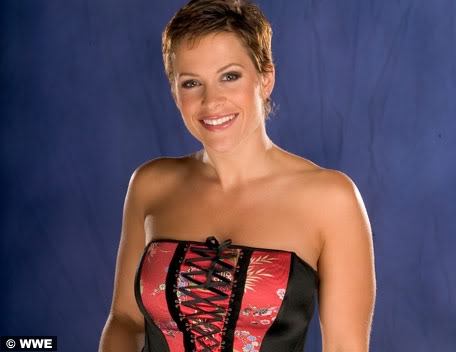 I was a sandwich artist at Subway. A co-worker of mine found out I was a gymnast and said he was a pro-wrestler and that I should come by their training camp sometime. I didn’t know it at the time, but they were more or less backyard wrestlers who spent a couple of weeks with Jim Neidhart.

Later on, when I figured things out a little bit more, I was able to hook up with Dean Malenko and got amazing training in pro-wrestling.

I wasn’t the biggest fan on the planet growing up, but I got into the business still while very young. I loved watching the more athletic, highflying style matches like the Cruiserweight guys and Intercontinental guys – usually the smaller wrestlers but not always.

What was your time in WCW like and working with Macho Man Randy Savage and Madusa?

Those were some of the most amazing experiences of my career. Gorgeous George, Madusa and myself were accessories to those stories, but Randy, Hulk Hogan and Kevin Nash had total control of those angles from planning to execution.

It would be their idea to put the spotlight on us and for Hulk to do some stuff with us, or when it’s time to put Kevin Nash in a sell, they’re the ones that decided to have me go to the top rope and missile dropkick Kevin.

You had a spell working for WWE’s Memphis Championship wrestling and worked with William Regal, what was the experience like?

I loved it. I got to improve as a performer and was able to make friendships with guys like Daniel Bryan and Brian Kendrick plus a bunch of other guys.

What was it like when you made your WWE television debut as Molly Holly and working with Crash and Hardcore Holly?

It was super fun because it was me. I’m generally a very happy and positive person. To play that smiling country bumpkin from Mobile Alabama, whose cousin was this hot-headed always angry Crash Holly, and miserable and constantly grumpy Bob Holly, it was just so much fun personally, and it seems like it was fun for the fans to watch as well.

During your time in WWE, you worked with the likes of Trish Stratus, Victoria, Gail Kim and Lita, what was it like working with those women?

They were all so amazing, but it never got stale because they were amazing for different reasons. Trish was so popular with the fans, it was like you could do more Shakespeare or storytelling things with her. Victoria was bigger and stronger then me so it was a different style of match we had to put on.

Gail and Lita were so athletic, we could do high-risk and exciting things that normally you couldn’t do in a women’s wrestling match with a model who never had a match in her life.

What do you make of the current women’s division in WWE?

I think that it’s awesome that WWE is giving them the opportunity to be as significant a part of the show as anyone else, and I think it’s even more awesome that the girls are delivering in that position!

What was your highlight from your time in WWE?

Personally, the highlight for me was the relationships and friendships I made. I can fit into almost any environment, but a lot of times wrestlers can’t. It was nice to be able to make friends with someone, and have them feel comfortable with someone who is a wrestler, and understood that world, but I’m also still Nora from Forest Lake, Minnesota. I like to be able to make that connection they need to a world that’s not in a locker room.

How would you compare your two bosses, Eric Bischoff and Vince McMahon?

I might not be the best person for a juicy answer, as I’ve heard from other people about their experiences with Eric and Vince. For me, Eric was great, everything he said he would do in the WCW contract he gave me he did.

It was the same with Vince. On my last Monday Night Raw, I had a meeting with Vince and he said some very nice things to me, and he said if I ever wanted to come back I was welcome. I believe he meant that, because they called me to come back for the divas battle royal at WrestleMania 25. It was nice to go back with just the obligation of one night to help out.

You’re a trainer at The Academy along with Shawn Daivari and Ken Anderson, how did that come about and what is it like?

Shawn Daivari and I used to live a couple of blocks away from each other in Minneapolis. We were always on the same flights to start or come home from the tours. He was 19- years old when WWE signed him and you have to be at least 21 to rent a car. He could meet up with Muhammad Hassan at the first show of the tour, but sometimes Hassan would come in way after him or way before him and one of them would just have to hang out at the airport for hours. 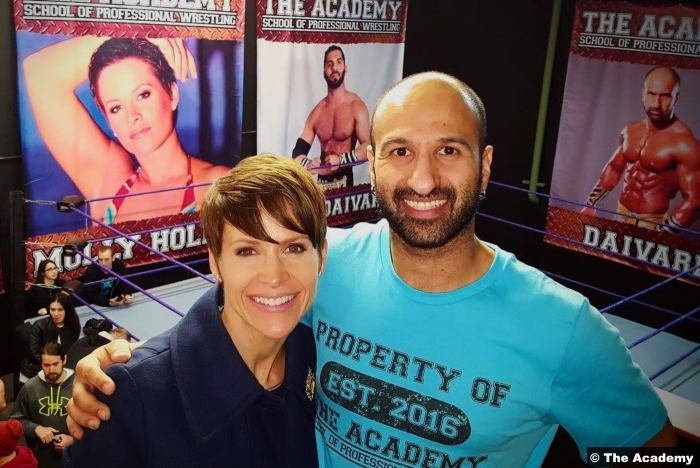 So the first couple of times I just gave him a ride to the first show of the loop, but we became really close friends and started just riding together. I left WWE at the end of 2005, early 2006 and we’ve stayed good friends since then. Shawn kept asking me to help him train, but I’m very happy with the wrestling career I had, and I’m even happier with my life outside of wrestling today.

However, I do really like the idea of helping someone possibly achieve his or her dreams. That’s something I like doing whether it’s someone’s dream to run a marathon or to maybe stop drinking or get off drugs, whatever it may be. If I have the ability to help someone, I’ll do everything I can to do so.

Being a coach at The Academy: School of Professional Wrestling allows me to help someone who may want to be a professional wrestler. I guess inadvertently Ken and Shawn say that it helps them out personally as it allows them to have the pro-wrestling training facility they want. I’m really looking forward to seeing the next class that starts April 6th, what those trainees’ hopes and dreams are. 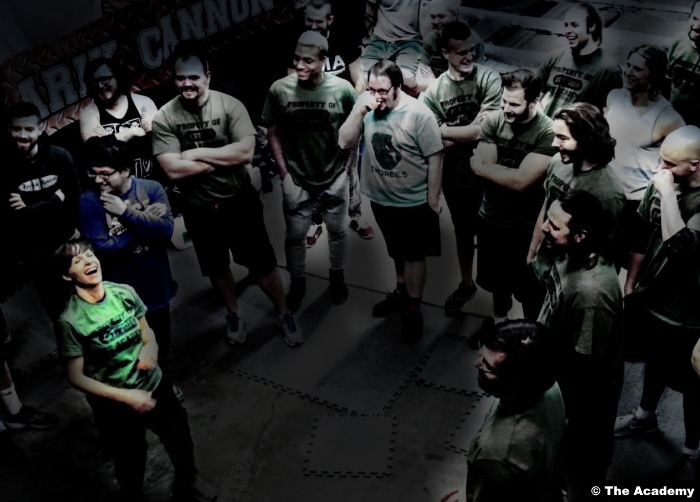 Molly Holly is the Lead Female Coach at The Academy: School of Professional Wrestling in Minneapolis. The next class at The Academy starts on April 6th. There are very few spots left for the next class. If you are interested in training at The Academy more information can be found at TheAcademyProWrestling.com