Star Trek Discovery Season 4 starts up again next week. In the wake of a Federation and non-Federation galactic assembly, Cleveland Booker and scientist Ruon Tarka have gone rogue. Tarka stole a spore drive prototype and they fled to “kill” the Dark Matter Anomaly (DMA). Captain Burnham and her crew will hunt down her boyfriend and his shady ally in the upcoming episode(s).

But why destroy the DMA? Well, it’s outright personal for Book. The DMA destroyed his planet, killing his family and people. Very Klingon, it’s straightforward revenge, but understandable.

As for Tarka, he wants the DMA’s energy source to “go home […] in another universe” where peace reigns above all. Not only is this a bit off-character, since Tarka revels in chaos, but also curious as he corrects himself to call this parallel universe his “new home” apart from Risa.

To be blunt, the dialogue on this revelation is sparse. He claims when he was slave collared by Ossyra in the Emerald Chain, his scientist buddy discovered this perfect parallel universe among many while they researched dilithium alternatives. Together, they discovered the amount of power required to make the jump to this universe.

By total chance, the DMA has a sufficient power source. What are the odds?

Sarcasm aside, it’s clear the Discovery writers have set up Tarka to be season 4’s villain. So what’s the real story?

To get to the bottom of the mystery, let’s examine one special aspect of the DMA: the device and its operators—Species 10-C—originate from outside of the Milky Way Galaxy. That means the DMA has crossed the Galactic Barrier. 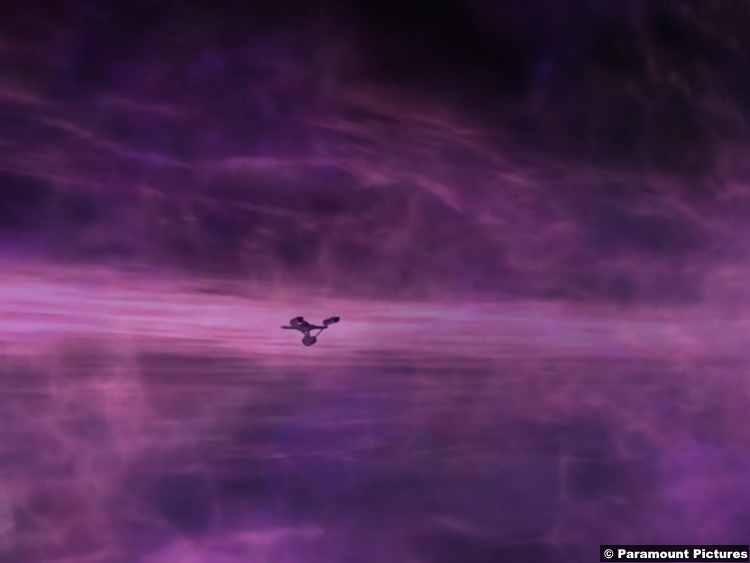 The Galactic Barrier is as old as Star Trek. It first appeared in the second pilot1 for Star Trek: The Original Series (TOS), “Where No Man Has Gone Before”. In this episode, the USS Enterprise investigates a distress signal coming from outside the galaxy (we’re to assume perpendicular to the galactic plane). They cross the Galactic Barrier, which affects two ESP (extra-sensory perception) sensitive crew members. Their eyes go silver, they gain godlike powers and develop an especially small opinion of humanity. 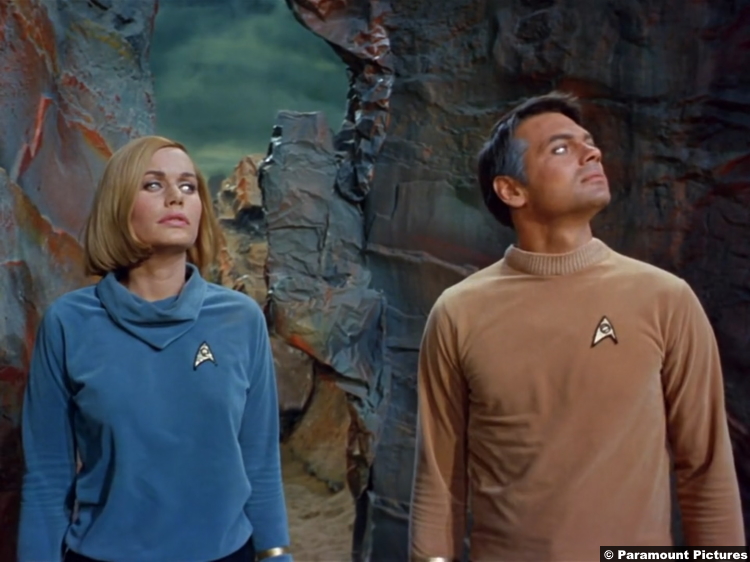 There are good TOS episodes and not-so-good episodes…

This all culminates with the mutants Force Lightning-ing each other, so Captain Kirk can punch the dude until he has the chance to off him with a boulder. Oh, and this godmutant was one of Kirk’s best pals. I’m not making this up. With such a whacky resolution and dubious science, it’s easy to see why future Star Trek shows left this concept in the dust.

If Star Trek Discovery revives the Galactic Barrier—which they will cross to explore the origins of Species 10-C—expect the possibility of all this psionic baggage. Discovery has not shielded away from psychic powers, Sarek and Spock’s Vulcan telepathy featured prominently in seasons 1 & 2. Adira Tal’s mind communion with the Trill in season 3, as well as Book’s Kwejian animal-speak continue to be important to the show. A pan-galactic psychic blast from a mutant Kelpien caused the Burn. There’s no dearth of psychic manifestations in Discovery, so I wouldn’t expect that to stop. 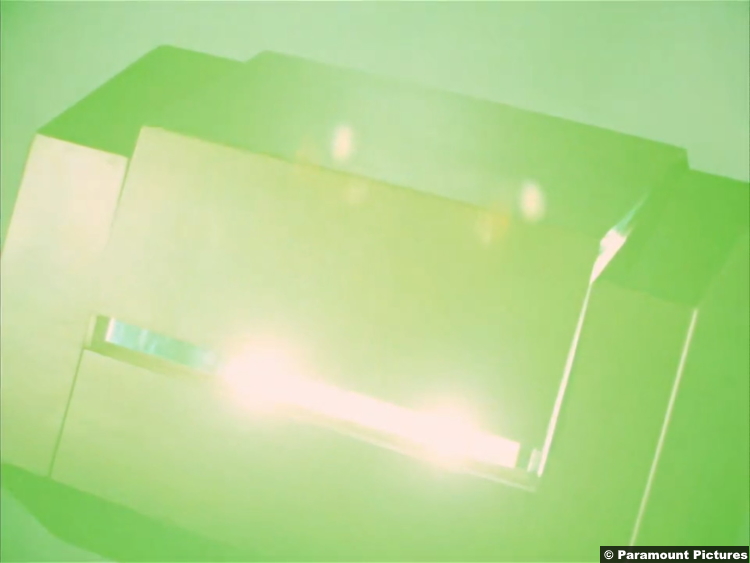 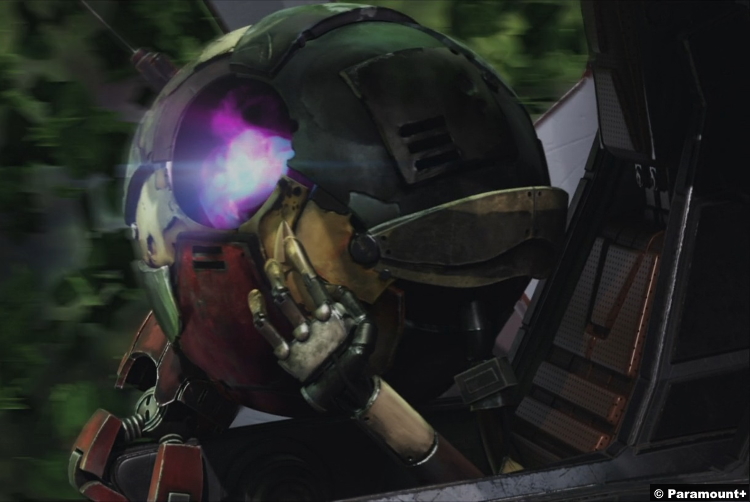 Ambassador Kollos (1st image) is a Medusan, a species that gets a much-needed visual update with Star Trek: Prodigy’s Zero (2nd image)

The more familiar of these two2 is the Medusan, Ambassador Kollos in TOS S0305 “Is There in Truth No Beauty?” Medusans are incorporeal aliens so hideous, if a corporeal being looks upon them, they lose their minds and die. Kollos inadvertently causes disaster when it sends its would-be murderer insane in self-defense. The villain—an engineering genius, apparently—sends the Enterprise engines into overdrive through the Galactic Barrier in a bout of paranoia before dying.

Medusans are from the Milky Way Galaxy, though. Species 10-C are extragalactic aliens. About a dozen extragalactic aliens3 have previously featured in Star Trek shows. Quite a few can be ruled out either by in-show dialogue because they come from another dimension rather than another galaxy, or from what’s going on in other Trek shows. This pruning—combined with Discovery’s tendency to pull from TOS—leaves two possible options: the Old Ones and the Kelvans. 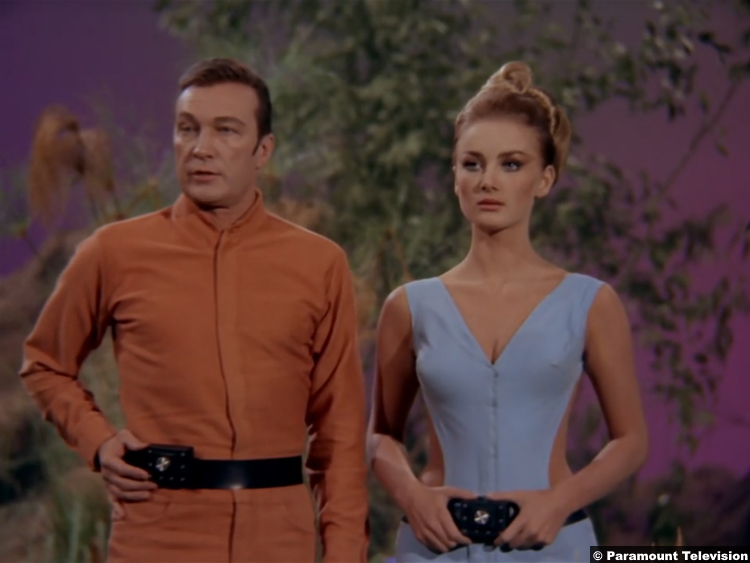 The Old Ones (well, their servants) and the Kelvans respectively appear in “Catspaw” and “By Any Other Name”.4 Both are sent by their superiors to conquer our galaxy. Each episode shows how they use advanced technologies to overpower the Enterprise. These different aliens also take on a human form and succumb to their emotional states in order for Kirk and co. to save the day. Finally, both are massive tentacle-covered monstrosities beyond human comprehension.5

The true form of a Kelvan was never seen on screen. Spock describes them as “immense beings” with “a hundred limbs which resemble tentacles” and “superior intellectual capacity” to the point “that each limb is capable of performing a different function.” If that isn’t an Eldritch horror from out of space, I don’t know what is.

Additionally, the fervent racism of H.P. Lovecraft’s stories has become a target of progressive media. While the explicit white supremacy of Lovecraft’s Cthulhu Mythos has been glossed over for nearly a century, HBO series Lovecraft County (based on the book by Matt Ruff) made a point of tackling the racism of these perhaps too-celebrated stories. In multiple award-winning, MacArthur “Genius” Grant author N.K. Jemisin’s novel The City We Became, she attacks the legacy of Lovecraft with her book’s villain. 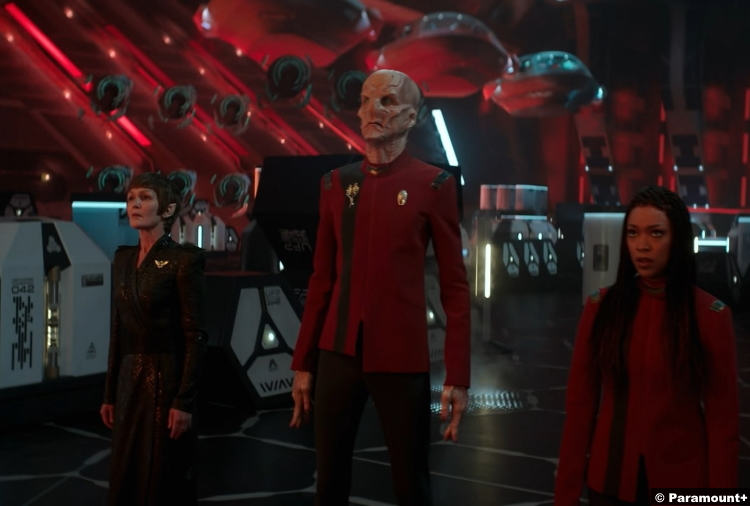 The teaser for the tail end of Season 4 implies they are looking upon Species 10-C from the Discovery’s cargo bay.

Given Discovery’s history of pushing progressive ideals in their stories, such a villain would be a natural fit. The common resolution thread between the TOS episodes, utilizing empathy to affect change, is also a great fit for the show. The main hiccup6 is the timeline Spock gives at the end of “By Any Other Name” would have the response from Kelva arriving in the 29th century, in the midst of the Temporal Wars… but that does leave time for another 300-year trip back to the Andromeda Galaxy.

Does this mean Tarka is a human-form Kelvan? Well, Kelvan or not, I’d bet he’s in league with Species 10-C. Only one way to find out, and next week we’ll start to see more answers in the continuation of Star Trek Discovery, Season 4.

1 The first pilot would later be repurposed for the TOS season 1 two-part episode “The Menagerie” featuring Captain Christopher Pike. Yes, the captain from Discovery season 2 who will have his own show soon. And lemme tell ya, I’m so excited for Star Trek: Strange New Worlds. May 5th can’t come soon enough!

2 More familiar for a couple of reasons. First, one of the main characters in the new animated show Star Trek: Prodigy is a Medusan character named Zero. Secondly, the TOS episode “Is There in Truth No Beauty?” features actor Diana Muldaur, who played Dr. Pulaski in season 2 of Star Trek: The Next Generation.

3 At a quick glance, this article is missing the Doomsday Machine, the flying plastic vomit creatures parasites, and The Traveler (though that might be a suppressed memory omission). Others are likely missing or debatably should be on this list.

4 “By Any Other Name” is one of my favorite TOS episodes. Even if the Kelvans don’t end up being the Big Bad for this season, it’d be worth your time to watch this episode on Paramount Plus.

5 H.P. Lovecraft was the mentor of Robert Bloch, the writer of “Catspaw”. While the Old Ones in TOS have no description, their name is a reference to the Cthulhu Mythos.

6 Minor hiccup being Worf saying he bested a Kelvan twice his size in Star Trek: Deep Space Nine in combat. But that could be a human-form descendant of Rojan’s crew.