Star Trek Discovery S04E07 Review: …But to Connect – The end is nigh

It’s a homebody week for Star Trek Discovery, as the crew splits in two for hard conversations at Starfleet Base in Season 4’s “…But to Connect”. Following last week’s events, Discovery’s new AI, Zora, has found the coordinates of Species 10-C but refuses to divulge the information. Dr. Kovich rocks up to assess this new onboard sentience’s mutinous behavior and gives Captain Burnham her orders. Federation President Rillak has called Burnham in to assist with four quadrant politics1 over what to do with the DMA.

The past four weeks’ episodes had an action sequence at its core. This episode lacks dangerous, pressing external conflict. I hesitate to call it a filler episode. It unloads major information dumps and resolves prior interpersonal character conflicts. I’d call this a buffer episode to set up the three final episodes of Season 4.

So what do they set up?

Zora is a good AI

I rolled my eyes so hard at the opening teaser. After Zora helped the crew throughout DMA crises, it’s now afraid they’ll all die if they go visit Species 10-C. Misbehaving AI are a trope for Star Trek—I get that—but they always end up doing the right thing. Tension is non-existent. At first, this felt like an artificial roadblock rather than a consequence of character development.

Dr. Kovich shows up to assess whether or not Zora is an integrated AI. Ship-integrated AI are against Starfleet protocol. Advanced tech could succeed where the crew failed during the Control AI crisis of Season 2. If he so decides, Starfleet personnel would remove Zora from the Discovery. 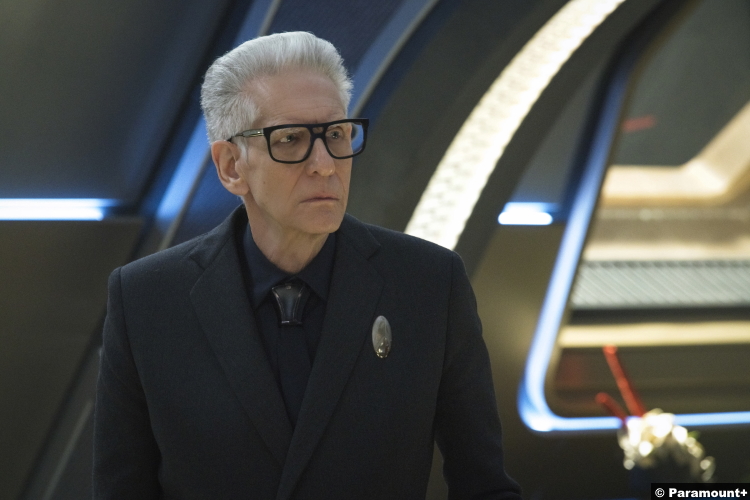 To effectively evaluate Zora, Kovich convenes Mr. Saru, Cmdr. Stamets and Dr. Culber. Of course, Ensign Adira Tal and Gray crash the identity crisis party to make this a family affair. These scenes are entertaining, but spend more time on Zora than with Gray earlier this season, which I don’t appreciate. Finally, Kovich and co. conclude Zora is a new lifeform and avoids the ship-integration rule. Moving forward, Zora will help the Discovery as a Starfleet Specialist.

In the end, I think this B-plot is to assuage viewers that Zora won’t turn into Control 2.0. Stamets plays the strawman in this argument, afraid that Zora will be a threat to the Discovery. To me, this seemed so evident that his rebuttals felt like wasted time. I was sick of the Evil AI story by the time Terminator 2 came out.2 Seeing it repeated in science fiction film and TV (good science fiction literature stopped telling that boring story decades ago) on the eve of 2022 would break my jaw from the yawning fit.

Rillak has gathered a massive number of planetary representatives—Federation and not—to vote together on how to face the DMA.3 Rillak has promised to remain neutral, so she asks Burnham (and President T’Rina of Ni’Var) to be at her side. She knows they’ll push a peaceful, Federation-style resolution. 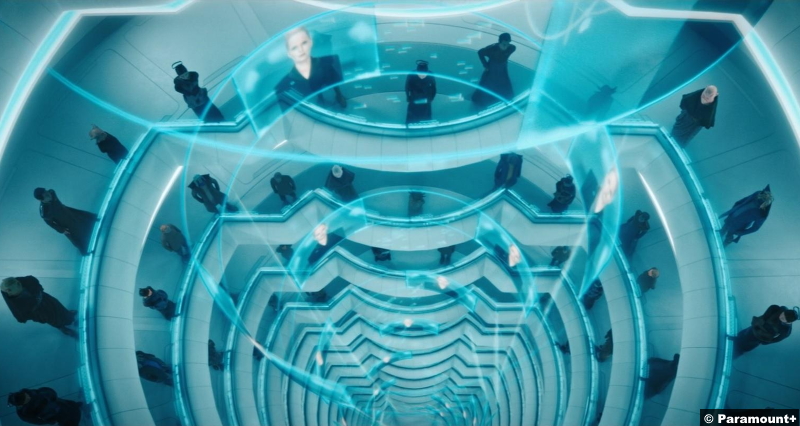 Ruon Tarka, the mad scientist from “The Examples”, returns with a bomb he claims will destroy the DMA. It’s an isolytic subspace weapon that would tear apart subspace in the region, making Warp travel impossible. The damage could potentially extend to the other end of the DMA wormhole. President Rillak is quick to state isolytic weapons are still banned under the Khitomer Accords,4 even in the 32nd century.

Earth backs this position, and perhaps unsurprisingly, so does Book. The core conflict of this story plays out between Burnham and Book. As the sole representative of Kweijian, he urges people to vote to use Tarka’s isolytic bomb. Burnham refuses to accept this answer. She suggests the damage might be unintentional, like a child to an anthill.5 Of course, she might be wrong, but Burnham insists an attempt at communication is essential before resorting to violence.

Ruon Tarka is a clear antagonist, now. At first, I thought he might just be crazy or power-hungry. However, the music during Tarka’s speeches in this episode screams “VILLIAN!” I’m a bit bummed about the lack of gray area, here, but the big reveal is coming up soon so I suppose the showrunners want to make certain things clear. 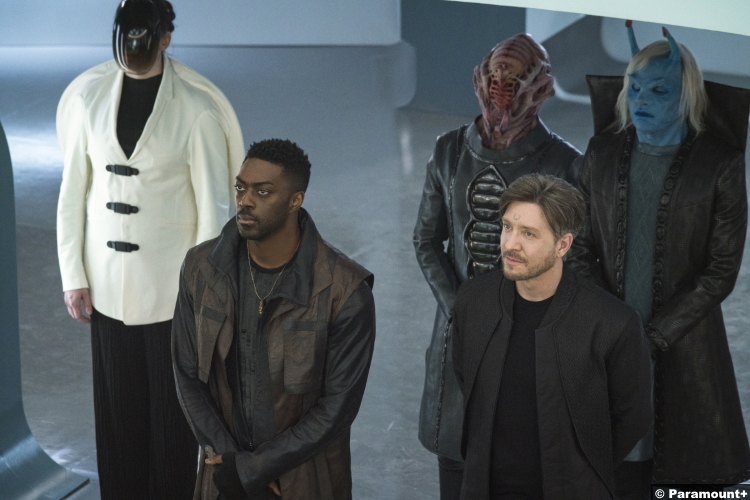 Tarka is not to be trusted. He claims to be from a parallel universe, a perfect beautiful version of the Milky Way without The Burn. He needs the power source of the DMA to get home, so he says. If we believe what Tarka tells Book, my speculation about Tarka’s scar being an Emerald Chain slave implant was spot-on too. A slave to Osyraa who escaped, and left his comrade behind.

He steals a functional Spore Drive prototype and convinces Book to escape with it to help him build his isolytic bomb. Tarka has manipulated Book’s anger into alienating Starfleet. The fallout of the episodes to come will be exceptional, I’m sure.

6/10 – “…But to Connect” is a buffer episode to deliver all the necessary story elements viewers need for the final three episodes. Zora becomes a part of the team, and Villain Tarka steals away Book to try to kill the DMA. All the pieces are put into place, but getting there isn’t all that exciting.

1 The Federation is spread throughout the Alpha and Beta Quadrants. The Dominion, featured in Star Trek: Deep Space Nine, are from the Gamma Quadrant on the other side of the Bajoran wormhole. The Delta Quadrant is most famous as the location of Star Trek: Voyager and home to the Borg Collective. It’d be awesome to know more about these former political entities in the 32nd century, but alas…

2 Hell, even Terminator 2 was sick of making all AI evil. That’s why Arnie was a good guy in the second film, an AI who helped the humans. Or at least tried.

3 I do question the architectural symbolism of the Federation’s assembly meeting shaft (?), however… 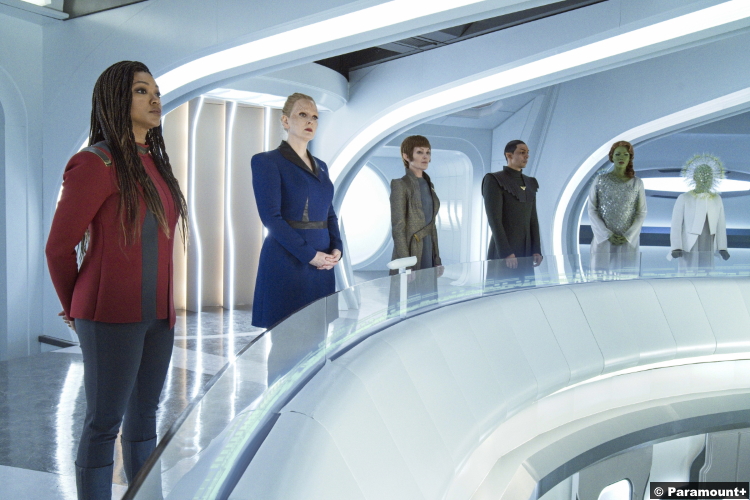