Tim Burton’s Planet of the Apes remains a cautionary tale…

Planet of the Apes began life as a 1963 book called La Planète des singes by French author Pierre Boulle. It was later adapted into the famous 1968 film and though much of the core of the plot is translated, screenwriter Rod Serling (the mastermind behind The Twilight Zone) took the basic beats and crafted a very different kind of story, one that felt in a lot of ways like an extended episode of his hit TV series. It retained the shock of the book (that the titular planet was the future earth) but moved the reveal to the very end of the story, instead of the second act as in the novel. Doing that allowed for the sense of mystery, confusion, and dread to permeate throughout the story, culminating in a reveal that, according to my mother who saw it in theaters: “…scared me so bad I screamed and buried my head in my hands and didn’t look up until the credits stopped and the lights came back on.”

A few years ago, I wrote an article celebrating the film’s 50th anniversary. I said then, and will repeat: Planet of the Apes is one of the greatest science-fiction movies ever…

Here’s a relevant snippet from that article…

Truly great science fiction has to balance its outlandish premises with heady explanations under the surface. If you have crazy visuals and far out ideas without a “science” element to ground it all, you don’t have science-fiction; you have fantasy. Planet of the Apes is about a bunch of astronauts trapped on a planet where monkeys have evolved to be the dominant species and people are their subjects. That’s a crazy premise, one that would be right at home in the fantasy genre. It grounds that premise with logical elements, however: Why don’t the people rise up against the apes? Why don’t people prove they are at least equal in intelligence? Why doesn’t the arrival of three astronauts start a chain-reaction that destroys the established caste system? The answer is in the conspiracy by the top apes of the planet. They order their soldiers to aim for the throats of their human prey, taking away their ability to speak. They hide evidence of talking baby dolls (modeled after people). They perform lobotomies to dumb-down their rival-species. From a writing perspective, someone sat down and thought out the various questions that this movie’s premise would raise and then set out to answer them in a logical way. That’s putting the “science” in science fiction.

And that “someone” was Rod Serling.

I’m not saying Serling is a better writer than Boulle, but Boulle didn’t try to use his story to teach any grand parable (there’s a slight racial-injustice notion to be found, but it’s not explored in any depth). Serling was simply better able to take advantage of the possibilities embedded in the book’s core premise. He used the story to tell an allegorical cautionary tale, a parable about the prospective dangers of nuclear proliferation. Serling remains one of the greatest writers of the medium and what he did with La Planète des singes—turning it from a book that was on its way to being forgotten by the end of the 60s, into one of the greatest sci-fi stories ever made—is one of his greatest accomplishments.

The same cannot be said for Tim Burton’s take on the story. 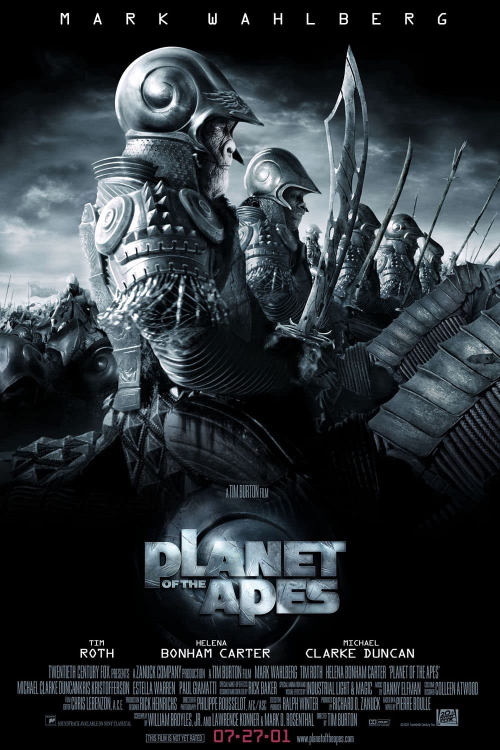 First of all, look at that sword: That’s functionally useless. All it does is make the blade that much weaker and easier to break. It looks cool I guess, but if you think about it for more than ten seconds you realize how dumb it is…

There. Can I end the retrospective now? I pretty much just summarized this movie. No? Okay….

To be fair, that’s basically what Serling did with the Boulle novel. The difference is this: Rod Serling in 1968 was at the height of his creative prowess and had a genuine story to tell. Tim Burton in 2001 was a shell of his former self and, with this movie, really had nothing to say.

I don’t know a worse thing you can say about a sci-fi movie than “it was a story with nothing to say.”

So there it is. 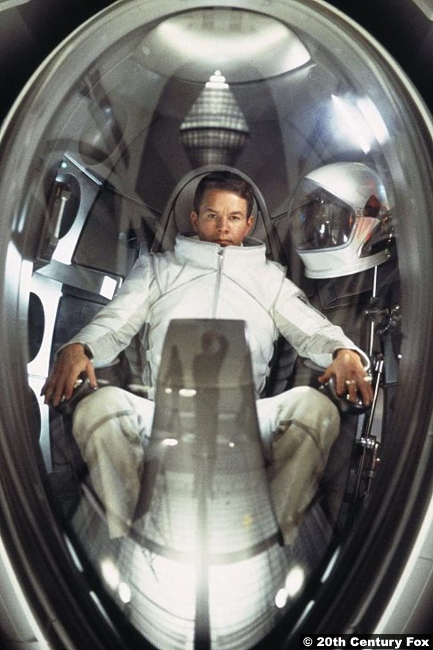 To be fair, the film has a strong visual aesthetic going for it, something you’d expect from a Tim Burton movie before he began overly relying on CGI, but the story has to carry the film and Planet of the Apes already had the perfect story. It would take something special to stand apart from the original film and be a movie that justified its existence, and the tight production deadlines imposed by the studio made that basically impossible.

Speaking of, let’s not cast all the blame on Tim Burton. The studio had been trying to get another ‘Apes film off the ground for twenty years before this one finally got made. The hang-ups along the way, as you’d expect, boiled down to producers who didn’t know what made the original film (and even the sequels to lesser extents) the hit it was. For example, at one point a script was in the final stages of development, with the hopes of releasing a movie in the early-90s, but it never went into production because one of the Fox executives overseeing the movie kept insisting the story be lighter, funnier, and more playful.

Exactly what you’d expect from a post-apocalyptic movie, right?

“What if Robinson (the main character) finds himself in Ape land and the Apes are trying to play baseball, But they’re missing one element, like the pitcher or something. Robinson knows what they’re missing and he shows them, and they all start playing.”

This was a real thing. These are the kinds of “producer’s notes” that kill movies all the time in tinsel town. 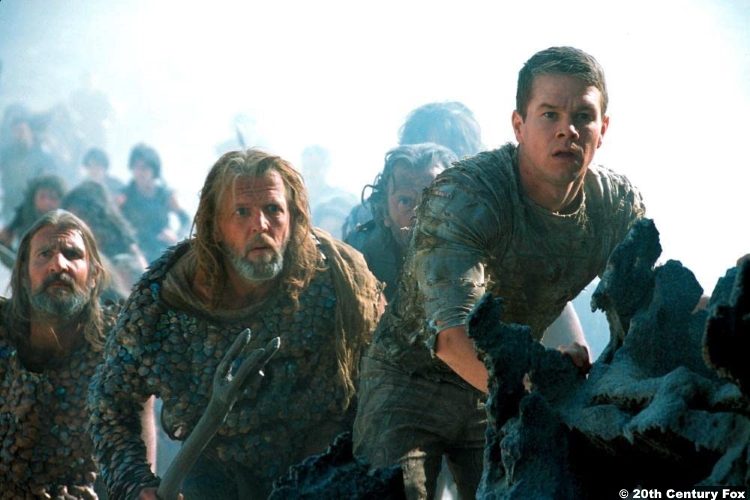 The Burton film borrows a bit from the original novel in that it doesn’t bother withholding the big reveal of the planet’s true nature. By 2001 everyone knew about the Statue of Liberty and Charlton Heston’s “you blew it up!” cries as the credits rolled. Nevertheless, dropping it in the middle feels like playing the biggest card too early, leaving the movie with nowhere to go from that point on. But since the 1968 movie is so ingrained in pop culture as having one of the biggest twist-endings of all time, there’s almost an expectation to do something shocking in the finale. A perfunctory ending that just wraps up the plot and brings things to a thematic and satisfying conclusion would be too passé for such an expedition. 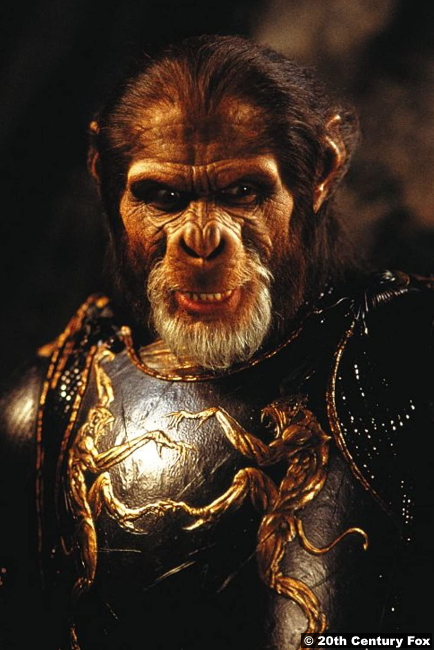 Instead, they created a new twist ending, one which makes no sense whatsoever: The hero returns to his own time only to discover the primary ape antagonist returned to an even earlier time and kick-started the ape-domination a few millennia early. 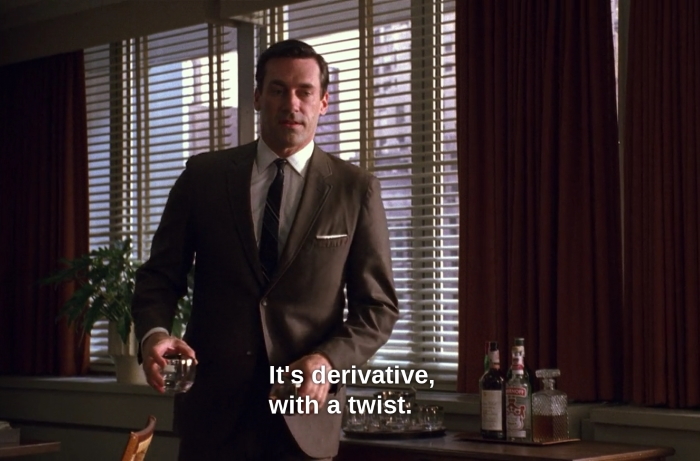 It almost works as long as you don’t think about it, but you think about it for more than ten seconds you realize how dumb it is.

There. Can I end the retrospective now? I pretty much just summarized this movie.

Other than some good makeup work by Rick Baker, there’s nothing about this film worthy of revisiting. Better to skip straight over it and enjoy the trilogy of movies that were released between 2011-2017. Those movies took the core story, went in a different direction, but, unlike the 2001 film, actually had something to say.

Let Planet of the Apes (2001) be held as a memorial for the dangers of taking a movie that worked and remaking it in a totally different way, changing things for the sake of it while having nothing worthwhile to actually contribute to the core plot.