Nancy Drew S03E10 Review: The Confession of the Long Night – Too fast?

I could come up with reasons why we have mid-season breaks. Scheduling issues (including holiday programming), vacations, “in these troubled times,” etc. If I had to settle on one reason, though, then I’d say money. That’s usually the root of any decision in the entertainment industry. But this is all an intellectual exercise (very intellectual).

My relationship with TV programming is obviously more on the viewing side. And as a viewer, these breaks can be frustrating. Sometimes, it’s because of what happened with Clarice. They scheduled that show to air like, one or two episodes a month, then were shocked Pikachu when it failed to attract an audience. 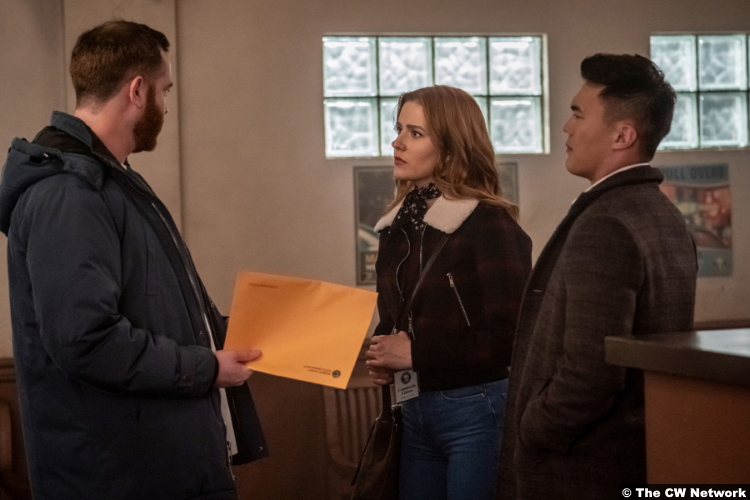 But for the most part, these breaks mean that I go “no thoughts, head empty” regarding the plotlines. This is another way of saying that when I sat to watch the return of Nancy Drew, I basically stared slackjawed at the screen while they mentioned the imminent threat of the Copperhead. Who’s that, again? Oh, yeah.

But of course, the Copperhead isn’t the biggest problem as we return to Horseshoe Bay. The fact that Ace is stuck in a parallel universe is. Hannah, who’s been stuck there for a minute, is furious that he didn’t pick up on her cries for help, like the phantom knocking or throwing things.

He’s like, “Why the EFF would my first guess be, Hannah’s stuck in a parallel universe?” and really, he has a point. It’s much more likely, at least in this town, to assume that you’re receiving a visitation from a ghost or whatever. I mean, I thought she was dead.

But anyway, let’s move on since that’s something this episode really wants to do: rush like hell through the plotline. To that end, we’ve got a new dead guy. Probably not a Copperhead victim, though, because he still has his chest parts. The guy was supposedly from the utility board, but not really.

While you’re wondering why Nick or like, anyone at the youth center didn’t notice the water & power company tent outside for days, let’s jump to Ryan’s old friend Tyler (Andres Joseph). And we’re jumping to him, because he’s the real employer of the dead man. Incidentally, I didn’t actually catch Tyler’s name during the show because it was just easier to think of him as Rich Jerk.

Anyway, Rich Jerk Tyler thinks that the work Ryan has been doing to rehab the Hudson name is just dandy. He’d like some of that, too, since “fabricated ethics complaints” have been plaguing him. Hmm, can’t imagine how stressful that must be.

He would like Ryan to negotiate a charitable donation to the youth center. If Ryan makes the deal, then Tyler will put Ryan in charge of corporate giving at TylerCo or whatever. And again, I know what you’re thinking.

How hard is it to give someone a million dollars or whatever? Well, it’s not just a gift. It comes with strings, including the rather bizarre demand that Nick put in a pool out back. 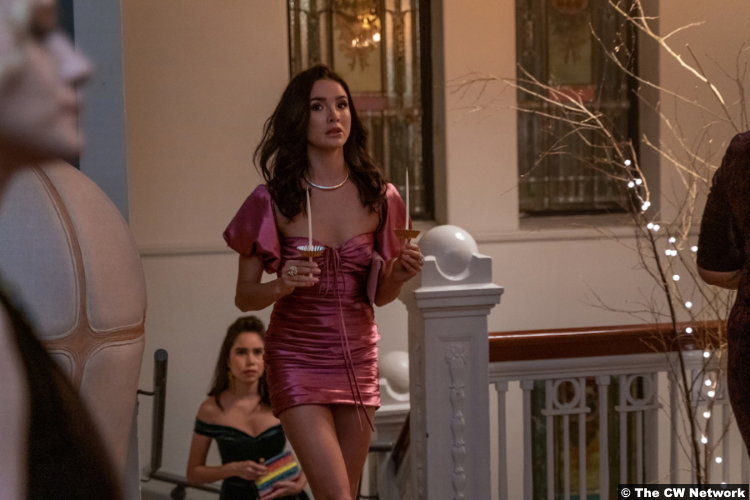 That little detail makes Addy hit the roof. The center sits on Peskotomuhkat (Passamaquoddy) land, and the part behind the center is sacred. Part of the reason why is that it’s home to a mystery ore. The Passamaquoddy used the unobtainium or whatever in their healing/spiritual practices. Tyler apparently just wants to get at it before Papa Swift does.

Of course, that’s not entirely true. And speaking of truth, that’s what everyone speaks after the clumsiest witch, Bess Marvin, inadvertently doses everyone at the town party with truth serum. Oh, Bess.

You’ve got your little baby truths that come out. You know, the ones that are slightly embarrassing, but not actually damaging. The latter, on the other hand, leads to things like the blow-up between George and Nick. I don’t think she’s wrong in wanting to live her life now that it doesn’t have a time limit, but the truth serum abhors tact.

And also in there, you’ve got Tyler confessing that he’s not so much after the ore as he is an artifact made of it. What’s it do? I dunno. Stuff. Things. Doesn’t matter. We’ve got to get back to our even more complicated Copperhead plot. 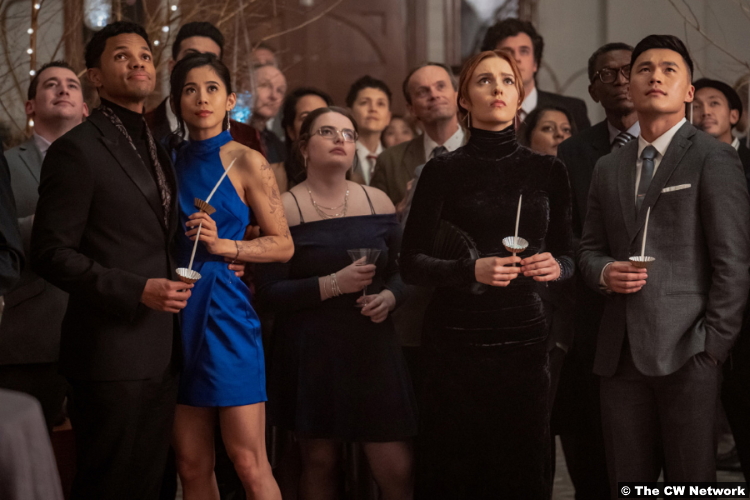 The whole point of Bess unleashing the truth serum was so that she could get Temporary-ity to confess that she’s playing Nancy. Instead, Temperance is always one step ahead. And several plans ahead.

Don’t worry, though, the plan is still convoluted. So, the artifact. I know I literally just said it doesn’t matter, but I’m a liar from Liarsville. It is, in fact, the thing that Temperance needs. Allegedly, it will break the seal between the living and the dead. Temperance is going to find the pieces of Charity’s soul, put them back together, and then “I’m gonna destroy the seal that separates our worlds.” Cool.

7/10 – If this review reads like I wrote it in the midst of a caffeine rush, then that’s good, because I drank a jeroboam of coffee while writing it. I was also trying to mimic the pacing of this episode. I’m sure that the abbreviated seasons have had an effect on the storytelling, but this was wild. There are never any real stakes on this show, at least for characters we care about, and this episode was a perfect example. Ace is in the sideways place for like, five minutes, so it feels like nothing. And I guess that was a good thing, since no one really noticed he was missing.

On a related note, I’m going to keep saying it. Park is too old for Nancy. Like, no shade to Park or John Harlan Kim, but Nancy hasn’t even lived on her own, as far as I know.